“It makes me so mad,” the singer joked.
Gwen Stefani and Blake Shelton may have written a few songs together, but it looks like fans shouldn’t expect the couple to collaborate on more tracks anytime soon.
While appearing … 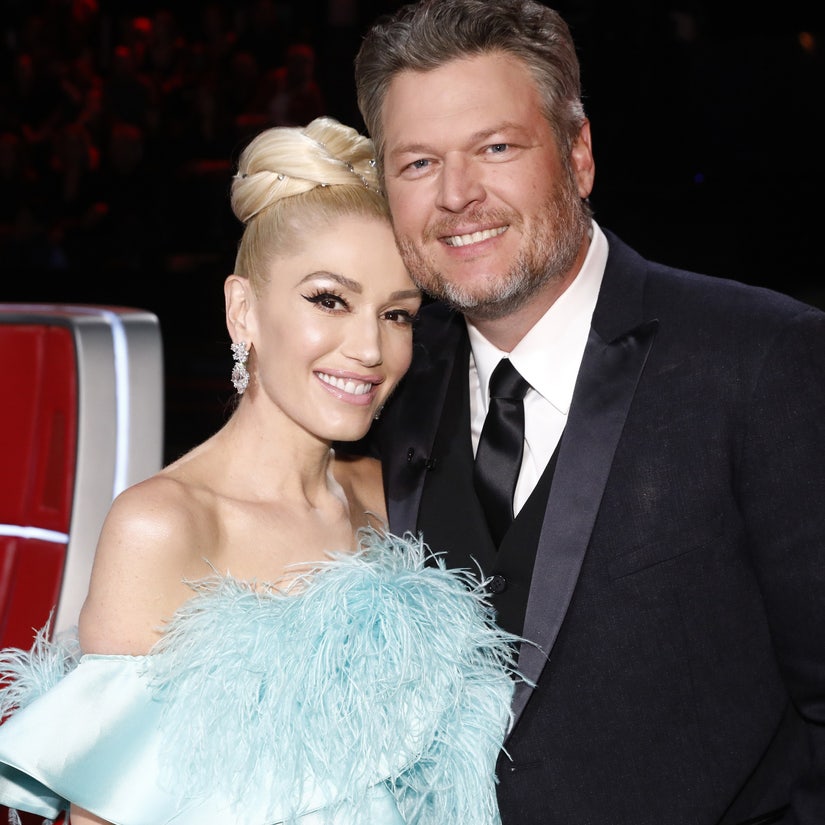 "It makes me so mad," the singer joked.

Gwen Stefani and Blake Shelton may have written a few songs together, but it looks like fans shouldn't expect the couple to collaborate on more tracks anytime soon.

While appearing on an episode of DJ Khaled's "The First One" podcast earlier this week, Gwen explained why Blake doesn't write songs with her anymore.

"I wish he would write with me, but he doesn't really write anymore," began the singer, 51. "We've actually written three songs together -- we wrote a Christmas song together and then we wrote two other songs."

"But he just doesn't like writing that much," she added, before joking, "It makes me so mad."

Although Blake, 44, may no longer write with her, Gwen said she consults her fiancé during her creative process.

"Yesterday, Blake and I sat down and listened to, like, every song -- which is a lot of songs -- and just put our favorite stars by which ones," said Gwen, who is working on a new album. "We definitely bounce off each other."

"I really rely on him a lot for what his taste is," she continued, before referencing Blake's successful career in country music as well as his 20 seasons as a coach on "The Voice." (He's won seven.)

"He knows all genres from being on that show, you know what I'm saying? He has a really good ear for hits, or just songs that are just the ones that we all like," Gwen said. "So I definitely lean on him a lot."

The couple -- who became engaged in October 2020 -- have recorded four songs together: "Nobody But You," "Go Ahead and Break My Heart," "Happy Anywhere" and "You Make It Feel Like Chrismas."

READ:  Cardi B Deactivates Twitter Account After Fans Call Her Out For Releasing A Doll Instead Of New Music

Last month, Gwen and Blake received a 2021 Academy of Country Music Award nomination for their duet "Nobody But You," which marked the former's first ACM nomination. The two won the 2020 CMT Award for Best Collaborative Video for the song back in October.