Grimes is sick of people coming after her over business ventures made by her billionaire boyfriend, Elon Musk.The Canadian singer — real name Claire Elise Boucher — hit back at the constant criticism in a new video shared on TikTok. In the clip, the 33…

Grimes is sick of people coming after her over business ventures made by her billionaire boyfriend, Elon Musk.

The Canadian singer — real name Claire Elise Boucher — hit back at the constant criticism in a new video shared on TikTok. In the clip, the 33-year-old asked negative commenters to ease up on the hate she's received on the platform about her 50-year-old partner, who is the CEO of both Tesla and SpaceX.

"Stop harassing me on this app over fake news and I am not my BF's spokesperson," she captioned the video of herself wearing butterfly wings while stroking a robotic dog.

Grimes then participated in TikTok's 'Hot or Not' trend, attempting to call out bizarre theories about Musk by pasting the comments she's received on her video.

Earlier this year, Grimes also clapped back at TikTok critics who claimed Musk was "destroying the planet and humanity".

READ MORE: Grimes shows off the 'beautiful alien scars' she's had tattooed across her back 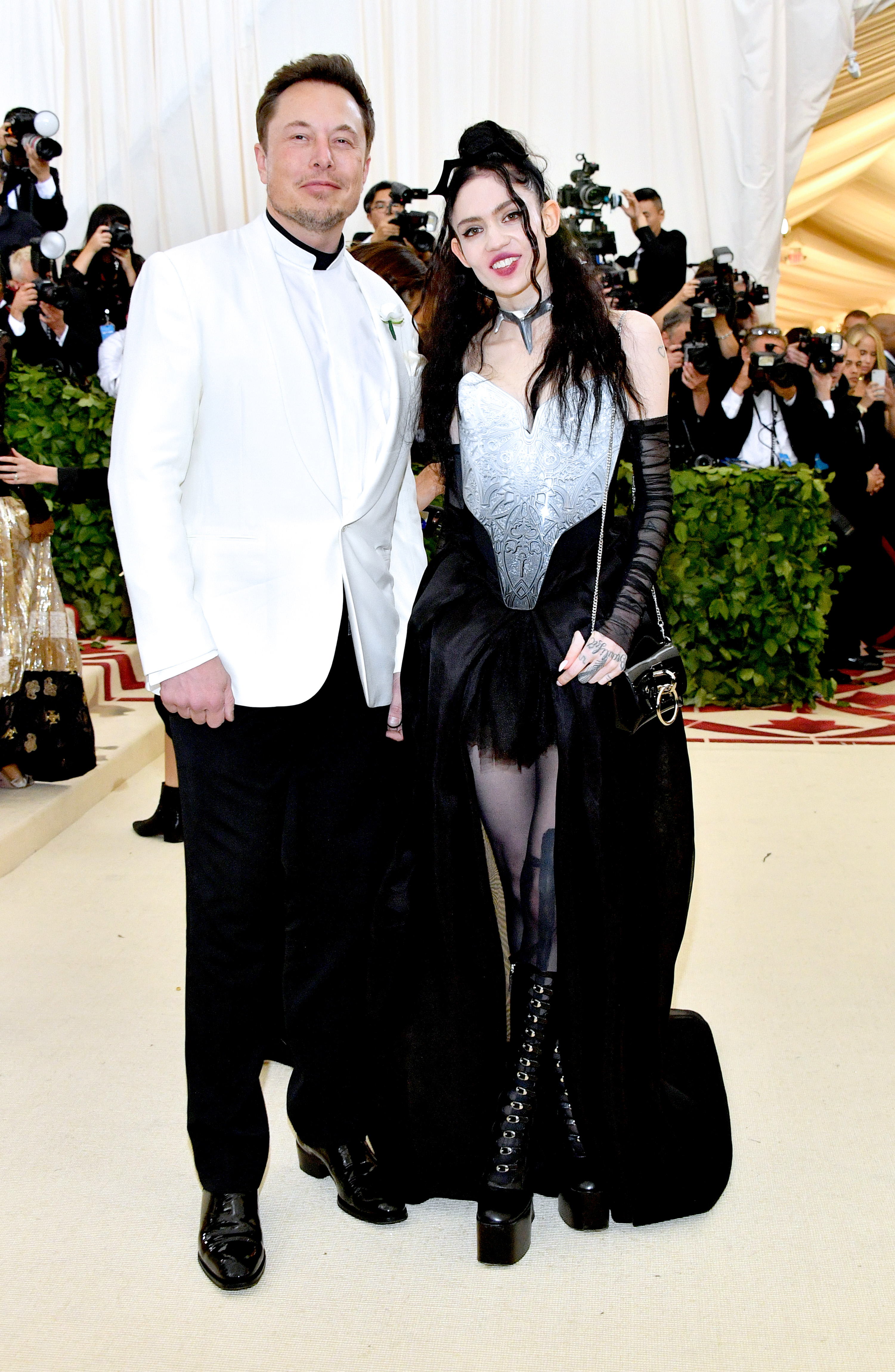 "GRIMESSS. HOW ARE YOU DOING THIS AND ACTIVELY SLEEPING WITH THE MAN WHO [IS LITERALLY DESTROYING] THE PLANET AND HUMANITY," one TikTok user commented on a video of the singer dancing.

An irate Grimes replied: "How is he doing these things? His whole career is about making travel/house power etc. sustainable and green. It's worth a deep dive."

Grimes and Musk were first linked in 2008 when they made their debut as a couple at the Met Gala. They are now the proud parents of a son, X Æ A-Xii, who they welcomed in May 2020.

Musk, who has been married three times, twice to Talulah Riley, has five sons from his eight-year marriage to author Justine Wilson: twins Xavier and Griffin, and triplets Damian, Saxon and Kai.