Universal Pictures’ Ticket to Paradise, starring George Clooney and Julia Roberts, will shoot in Australia, it was announced on Tuesday. It joins a growing slate of Hollywood movies heading Down Under.The location shoot in Queensland was announced by P…

Universal Pictures' Ticket to Paradise, starring George Clooney and Julia Roberts, will shoot in Australia, it was announced on Tuesday. It joins a growing slate of Hollywood movies heading Down Under.

The location shoot in Queensland was announced by Paul Fletcher, Australia's federal minister for communications and the arts. He said that the production will receive a $6.4 million grant from the federal government's $540 million Location Incentive Program. It may also be eligible to receive funding from Queensland's Production Attraction Strategy package. 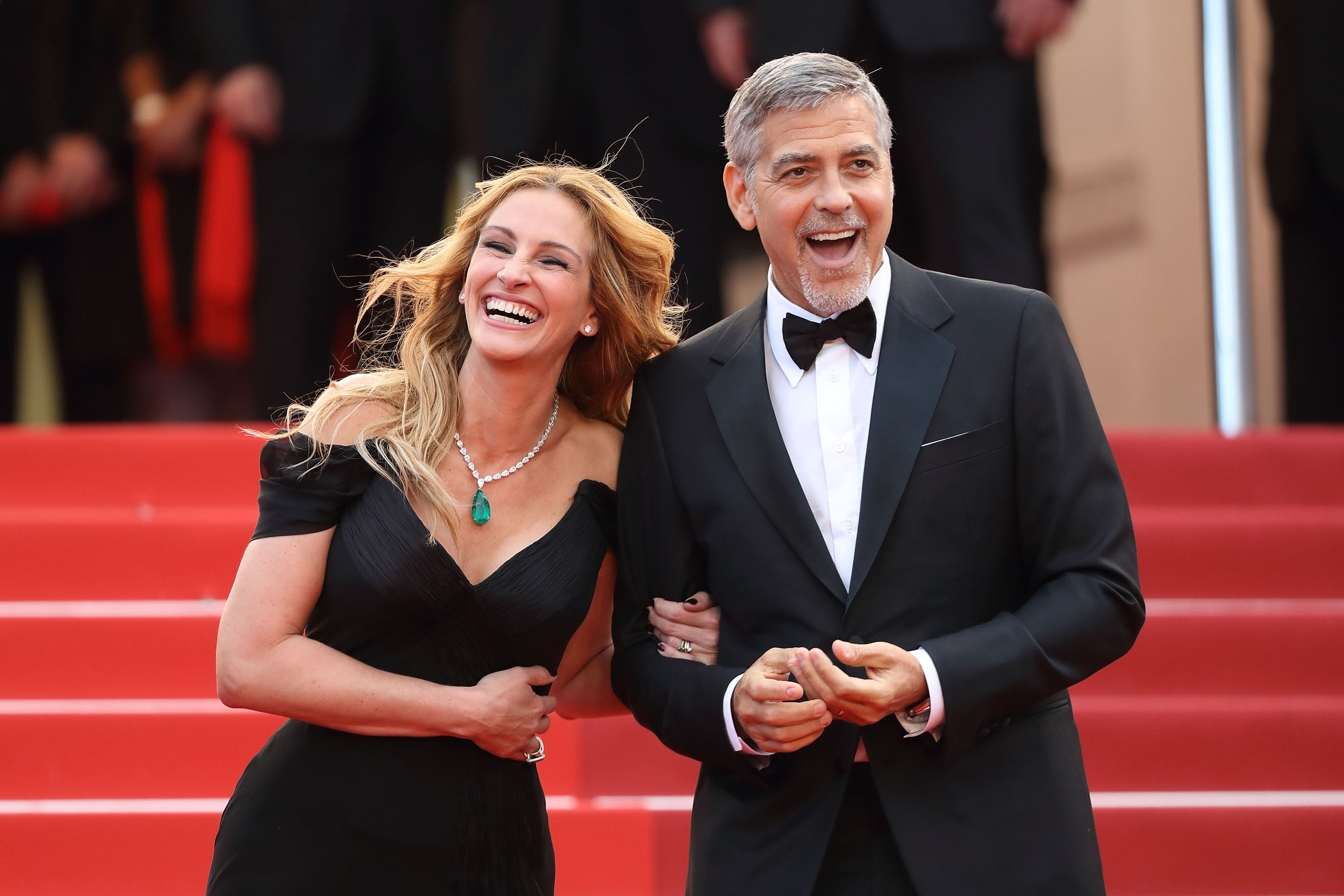 Ticket to Paradise was unveiled last month. It will be directed by Ol Parker (Mamma Mia! Here We Go Again), and produced by Tim Bevan and Eric Fellner of Working Title.

The movie will feature Clooney and Roberts as a divorced couple who rush to Bali to stop their adult daughter from getting married. It will film in the Whitsunday islands, which will double for Bali. It will also utilise locations in the Gold Coast and Brisbane.

Clooney and creative partner Grant Heslov will produce the original screenplay for Smokehouse Pictures, alongside Red Om Films' Roberts, Lisa Gillan and Marisa Yeres Gill. Universal's Senior Executive VP of Production Erik Baiers and Director of Development Lexi Barta will oversee the project on behalf of the studio. The original screenplay was written by Parker and Daniel Pipski. 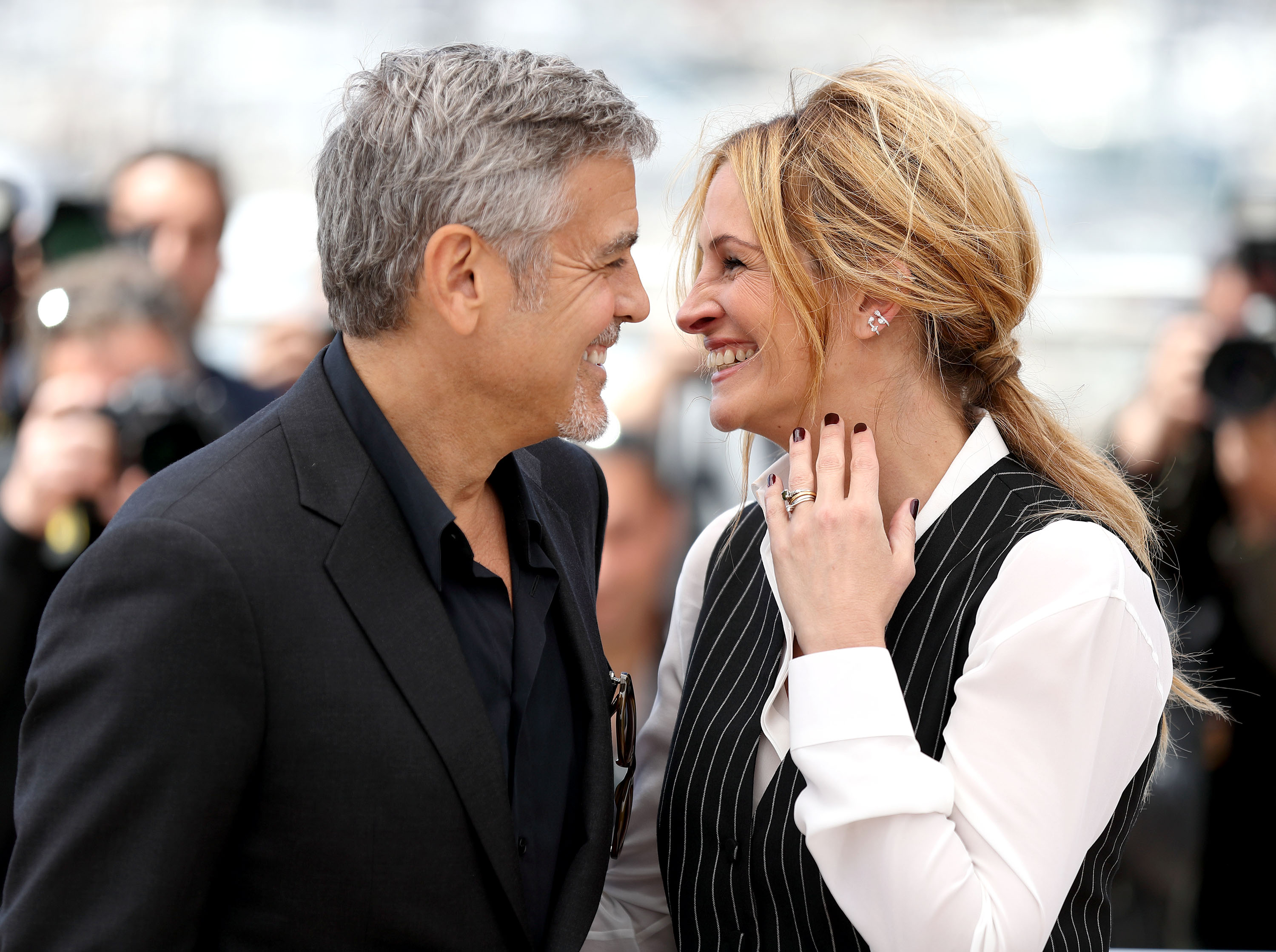 Fletcher said that Ticket to Paradise will generate $47 million for the Australian economy and create more than 270 cast and crew jobs.

READ:  Trey Songz May Spend The REST OF HIS LIFE IN PRISON . . . After R*pe Claims!!

"To date, we have distributed more than $216 million under the Location Incentive to attract 22 productions to Australia, providing more than 12,700 employment opportunities for local cast and crew, and generating work for over 13,500 businesses that support these big productions," Fletcher said in a statement.

International productions are currently attracted to Australia by a combination of aggressive financial outreach — Australia quickly put in place government finance to restart the COVID-hit screen production industry — and largely COVID-free conditions on the ground. 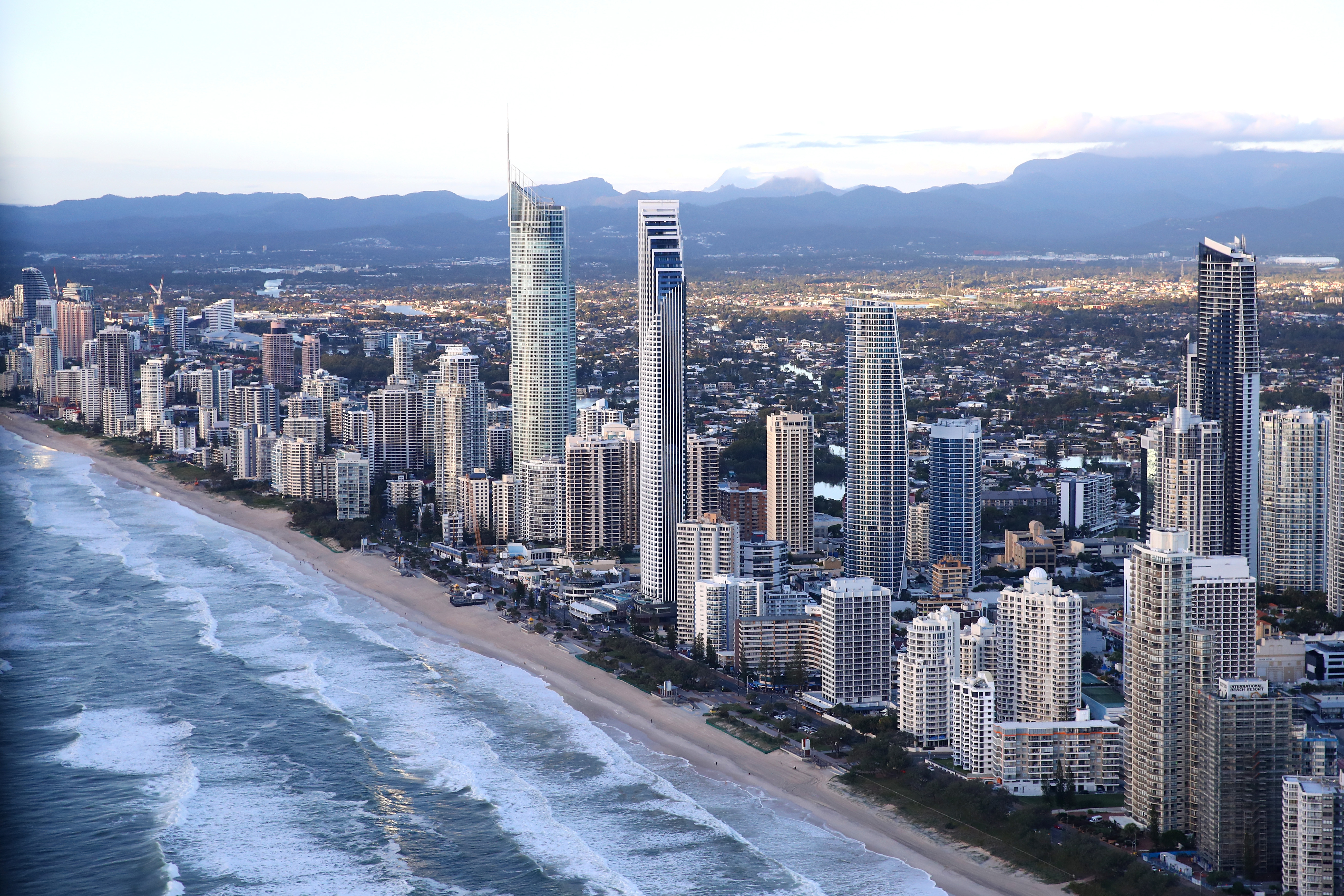 "We are very lucky to have a COVID-safe destination where people can film right now and luckily not be subjected to delays or shutdowns and as well they can have an amazing lifestyle while they're here," said Screen Queensland CEO Kylie Munnich. The state of Queensland has had no community transmission of COVID-19 for the past 55 days.

Australia operates a rigorous mandatory two-week hotel quarantine system. But this appears not to have been a deterrent for inbound film and TV productions. And many stars have been granted an exemption and are allowed to self-isolate in private facilities.

READ MORE: Matt Damon moves to Australia after joining the cast of Thor: Love and Thunder 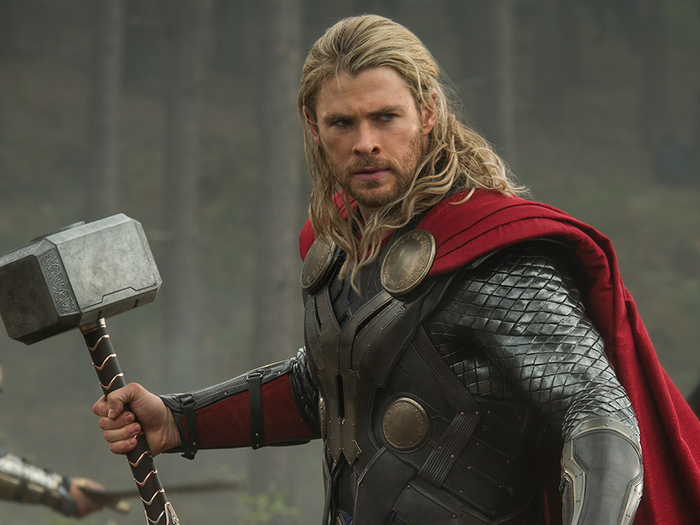 Queensland, especially, has benefited from the $400 million injected by the Morrison government into the location fund. Since July 2020, eight out of 12 productions entering Australia will have been or will be filmed in Queensland.

Ron Howard is now in Queensland to soon start production on Thirteen Lives, Imagine Entertainment and MGM's fact-based film about the 2018 rescue of a boys' soccer team stuck in flooded caves in Thailand.

State screen agency Screen Queensland secured three back-to-back series from Universal Studio Group and Matchbox Pictures to be shot in Brisbane's Screen Queensland Studios. These will generate an 18-month pipeline of work and a forecast $143 million contribution to the state economy. 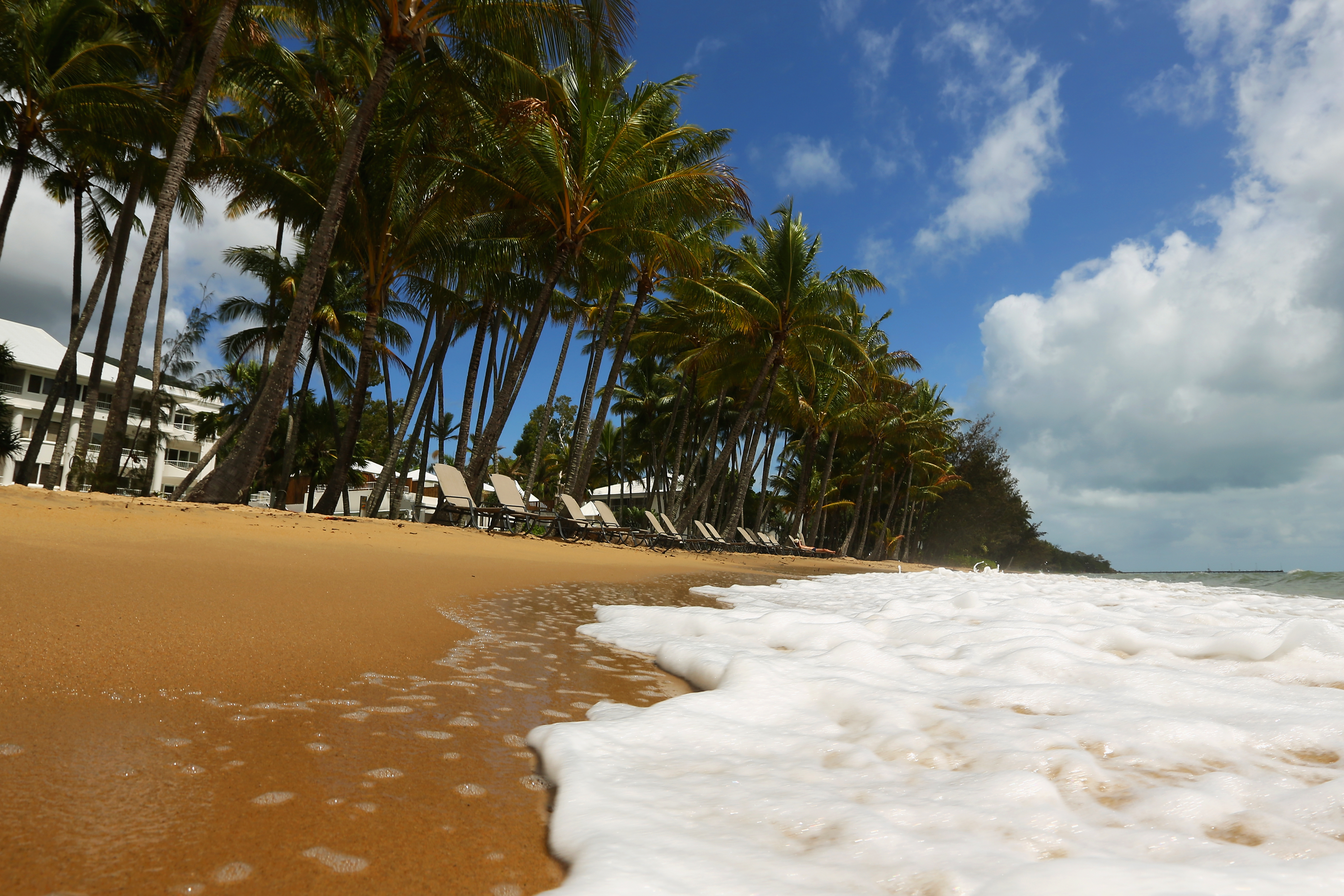 READ MORE: Chris Hemsworth reveals whether upcoming 'Thor' movie will be his last

Already completed is NBC's Young Rock, a comedy inspired by and starring Dwayne Johnson. Next up is Joe Exotic, a limited series based on a hit podcast depicting the true events of Carole Baskin (Saturday Night Live's Kate McKinnon), which moves on to the lot at Screen Queensland Studios in April. Also starting soon is 10-part drama series Irreverent, which follows a criminal on the run from his life in New York. He hides out in a reef town in Queensland, posing as the new church priest.

Last week it was announced that Queensland had also secured season 2 of Amazon original young adult drama, The Wilds which previously shot in New Zealand. The show will film primarily on the Gold Coast from April.

Queensland's incentive scheme is intended to be a top-up system. "It complements the federal location incentive and is an added incentive to film in Queensland, payable at the end of filming," said Munnich. "We don't form part of the cash flow — they have to be fully-financed to come here. But it is a financial incentive to work in Queensland because it is a percentage of their budget on top of what they get from the federal government."