The disappearance and death of Gabby Petito has quickly become one of the most involving true crime cases in years. A young couple, active on social media, lets people into their lives as they travel across the country in a van — while just under the surface they were hiding a “toxic” relationship. Then the boyfriend, Brian […]

The disappearance and death of Gabby Petito has quickly become one of the most involving true crime cases in years.

A young couple, active on social media, lets people into their lives as they travel across the country in a van — while just under the surface they were hiding a “toxic” relationship.

Then the boyfriend, Brian Laundrie, returns home without her — and promptly disappears himself before her body is found and the case becomes a homicide…

It’s a complicated story that keeps adding new wrinkles as new witnesses come forward — and it’s made clear over and over that some folks are not telling everything they know.

Considering all those complications, we thought it would be helpful to put together everything we now know onto a timeline to help everyone follow along. Here’s the entire tragic timeline of the couple’s fateful trip and subsequent investigation…

Gabby and Brian leave for their road trip. Setting out from Long Island, New York in their white 2012 Ford Transit van.

Gabby makes her first Instagram post about the trip, from the Monument Rocks landmark in Scott City, Kansas. That’s about 1,700 miles into their journey before any documentation begins.

Over the next month they visit numerous landmarks…

Gabby and Brian are pulled over by police in response to a possible domestic dispute call in Moab, Utah.

The witness had told 911 explicitly that he saw the man hitting the woman, and this account was relayed to the engaging officers. However, Brian and Gabby tell a different story, saying she struck him because she was having a hard time emotionally. A clearly distraught Gabby apologizes a lot. The entire upsetting ordeal is captured on police bodycam.

Ultimately the pair are sent on their way, and the incident is written up as a “mental health crisis.”

Gabby and Brian publish their first and only video to their new YouTube channel, set up to document their journey. It appears to include footage from earlier trips.

Gabby calls her family to let them know she is in Grand Teton National Park in Wyoming.

Brian gets into a fight with the staff at a Jackson, Wyoming restaurant called the Merry Piglets, apparently over the bill. The incident, per an eyewitness, lasts for several minutes and involves Brian leaving and returning to the restaurant four times and being very “aggressive” with female employees. Gabby returns a short time afterward to apologize for his behavior.

That same day Gabby’s mother, Nichole Schmidt, receives the last text she’ll ever get from her daughter, an “odd” missive that she insists doesn’t make sense:

“Can you help Stan, I just keep getting his voicemails and missed calls.”

The only “Stan” they knew was Gabby’s grandfather, and she did not call him that. This is the last time anyone will hear from Gabby.

A woman named Miranda Baker and her boyfriend give Brian a ride. He tells them he has been camping somewhere along the Snake River and has to get back to his campsite with his “wife” — though they never see Gabby.

Miranda says Brian “freaked out” over a misunderstanding about their destination. They drop him off at the Jackson Lake Dam, where he says he is going to continue hitching.

Brian returns home to his parents’ house in North Port, Florida, where he and Gabby had previously lived. He has the van — but no Gabby.

Brian and his parents go on a camping trip over Labor Day weekend. This is not something they tell authorities about for around three weeks.

Gabby’s family finally files a missing persons report. They also release a statement asking Brian and his family to help the search by coming forward with any information they have.

Immediately authorities go to the Laundrie family home that very night to speak with Brian, the last person known to have seen her. Instead, North Port Public Information Officer Josh Taylor says the family “essentially handed the information for their attorney” to investigators and refused to help any more than that.

This is the day, according to his parents, that Brian disappeared. They told authorities he left with his backpack for a hike in the Carlton Reserve, a 25,000 square mile swamp nearby.

Police officially announce Brian is a “person of interest” in their investigation into Gabby’s disappearance.

The Laundrie family finally comes forward to tell investigators that Brian is gone — three days after he left for his hike. They claim they collected his car from the reserve later.

Remains found in Wyoming’s Bridger-Teton National Forest are reportedly later identified as the 22-year-old by her tattoos. 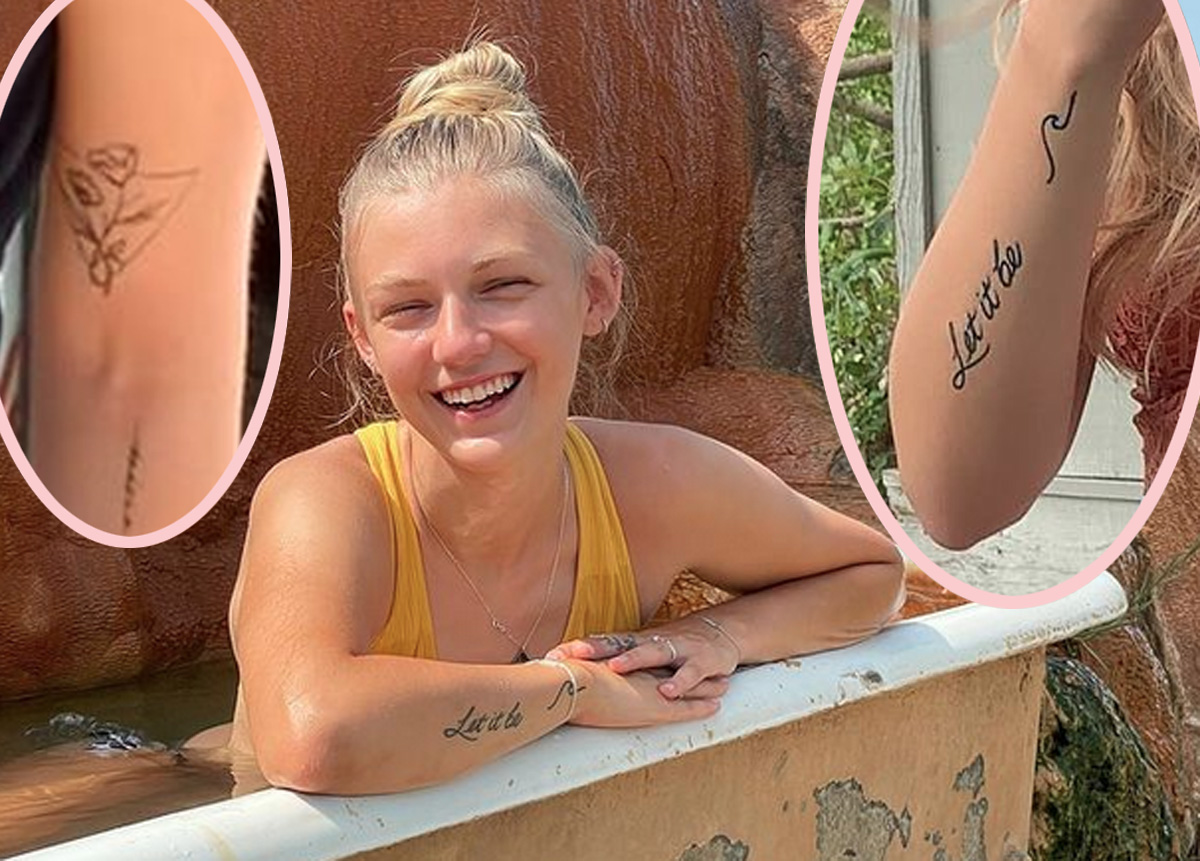 An autopsy is completed. The coroner does not release an official cause of death but does determine the manner of death to be homicide. Brian is officially referred to in the announcement as a person of interest in the homicide investigation.

An arrest warrant is issued for Brian Laundrie, but not for his girlfriend’s homicide. Federal prosecutors file charges related to debit card fraud, accusing him of charging over $1,000 from an account that was not his. While it’s not made explicit in the indictment, it’s assumed he was using Gabby’s card, probably after her death — hence how they would know it was him.

As the police continue their search for Brian through the alligator and snake-infested waters of the Carlton Reserve, Dog The Bounty Hunter is seen making a visit to the Laundrie family home. He then begins posting updates on his Instagram about his own manhunt for the 23-year-old, and surprisingly seems to be making more progress (and at the very least more noise) than the FBI.

The reality star is the first to identify the campsite in Fort De Soto where Brian and his family went camping earlier in the month, forcing the Laundries’ lawyer to confirm it for the first time.