They had a map of the school with all the security cameras marked.
Two eighth-graders have been arrested in Florida for allegedly plotting a “Columbine-style massacre.”
Conner Pruett, 13, and Phillip Byrd, 14, had several… 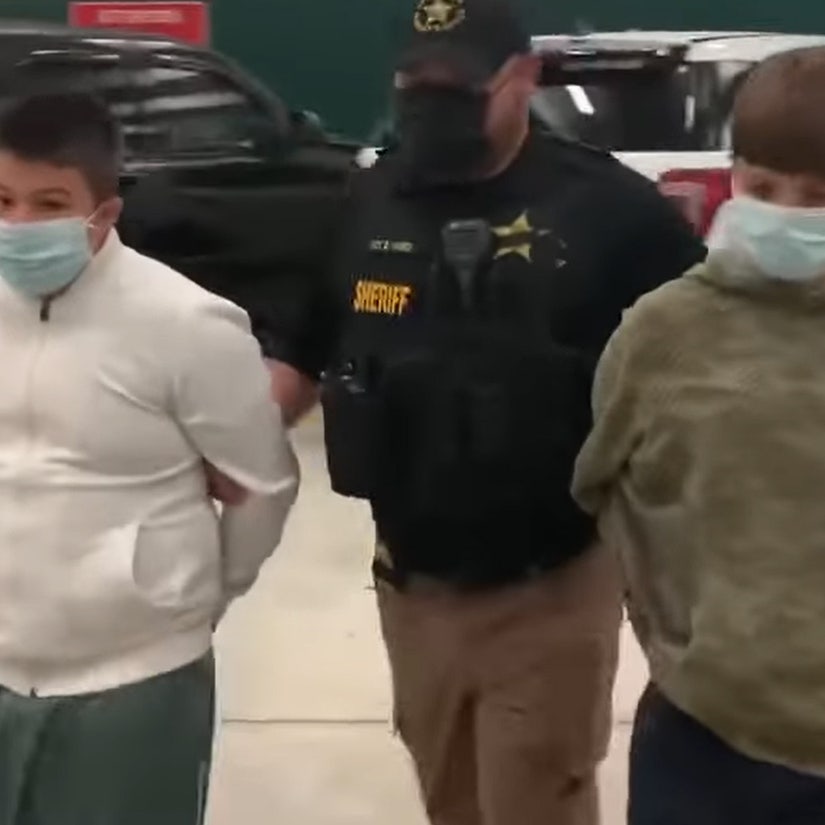 They had a map of the school with all the security cameras marked.

Two eighth-graders have been arrested in Florida for allegedly plotting a "Columbine-style massacre."

Conner Pruett, 13, and Phillip Byrd, 14, had several guns, knives and ammunition stashed at their homes, according to Lee County Sheriff's Office.

On Thursday, officers responded to reports that a student at Harns Marsh Middle School in Lehigh Acres had a gun in his backpack, ABC News reported, after a student tipped off one of the teachers.

Sheriff Carmine Marceno said that while a search of the backpack did not find a gun, it did find a map containing "markings indicating the location of each of the school's interior cameras."

This prompted officers to carry out a search of the young teens' homes, where they found "disturbing evidence, including a gun and several knives."

Investigators claim the pair were "extensively studying" the 1999 Columbine High School shooting, and were even attempting to learn how to construct pipe bombs and buy guns from the black market; they concluded the duo were "involved in a plot to carry out a school shooting" of their own.

"This could have turned disastrous," Sheriff Marceno said. "We were one second away from a Columbine here."

The teens, Marceno said, were well known to authorities; deputies had previously been called to their homes almost 80 times combined.

Both were arrested to be held in a secure juvenile detention center for 21 days, where they will undergo a mental health evaluation.

At a court hearing on Sunday, Byrd's mother Carrie Tuller defended her son.

READ:  Emma Stone Feels 'Very Lucky' & 'Excited' To Be Pregnant During The Pandemic!

Lee County Superintendent Ken Savage praised the quick reactions of staff and law enforcement, insisting classrooms were emptied as soon as they became aware of the threat, and that "students were safe at all times."

"All the threat assessment and emergency response training made a difference in the outcome of this incident," he said.

Both students were ordered to stay away from each other and the school, and to have no contact with staff.

Pending the mental health evaluation, they may also be given a risk protection order restricting their access to firearms and ammunition.

"They will both be charged with conspiracy to commit a mass shooting," Sheriff Marceno said.

"This could have been the next Parkland massacre, but we stopped them in the planning stages."