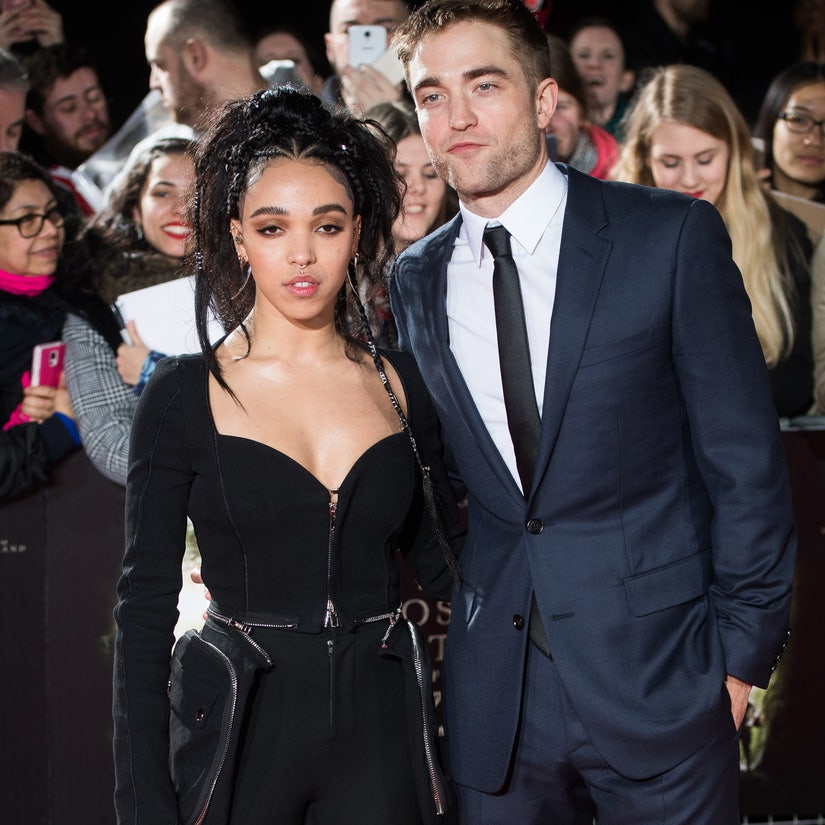 "He was their white Prince Charming and they considered he should be with someone white and blonde and not me."

FKA Twigs claims she received "horrific" racist abuse from Robert Pattinson fans during her relationship with the "Twilight" star.

"People just called me the most hurtful and ignorant and horrible names on the planet," the singer/songwriter recalled during a recent interview on the "Grounded With Louis Theroux" podcast.

"He was their white Prince Charming and I think they considered he should definitely be with someone white and blonde and not me," she continued. "Say if I was wearing a red dress, they would have a monkey in a red dress or I was on a bike, they would find a monkey on a bike."

"It was really, really deeply horrific and I think it was at a time where I felt like I couldn't really talk about it."

"I feel like if I was going through that now, I would be able to talk about it and do some good with it," Twigs added. "But I don't know whether it was because of my age or because of the social climate or being Black and from Cheltenham and from a low-income family and having to genuinely work twice as hard at everything I do to get a seat at the table."

She went on to say that she now loves how she looks and is "very confident" and feels "really good."

"But it was deeply unfair at the time that I was made to feel so self-conscious and so ugly. It was a lot. That period was a lot."

READ:  Independent-Bookstore Swag to Gift the Book-Lovers in Your Life

The interview comes on the heels of Twigs filing a lawsuit against her ex Shia LaBeouf alleging physical and emotional abuse, something she also spoke about during her talk with Theroux.

In response, LaBeouf told the New York Times that while "many of these allegations are not true," he does not feel he is "in the position to defend any of my actions." Instead, he believes that he "owes these women the opportunity to air their statements publicly and accept accountability for those things I have done."