Eva Mendes is speaking up after a misleading headline implied she was against plastic surgery.The actress set the record straight after a friend alerted her to the article, which was titled ‘Eva Mendes denies plastic surgery accusation left on Instagra…

Eva Mendes is speaking up after a misleading headline implied she was against plastic surgery.

The actress set the record straight after a friend alerted her to the article, which was titled 'Eva Mendes denies plastic surgery accusation left on Instagram page: "My little ones need me."

"Regarding this 'headline' ...ummm… Kinda. Sorta. But not really," the mum-of-two wrote on Instagram alongside a screenshot of the article. "Never 'denied plastic surgery'. All I did was reply to a specific comment on SM. Would never deny that stuff. I'm all for it. All. For. It.

"Also I don't like the term "clap back". Sounds aggressive to me. As a lot of you know, I reply to as many comments as I can. I don't clap back, I try to connect/communicate. That's all. Wanted to clear that up."

"Why you post on insta… so less ????" the fan wrote on the star's most recent photo, to which another follower added, "She's had work done and I don't think she's happy with it.. She was beautiful without."

READ MORE: Eva Mendes talks about 'falling in love' with Ryan Gosling and only wanting to become a mother after she met him 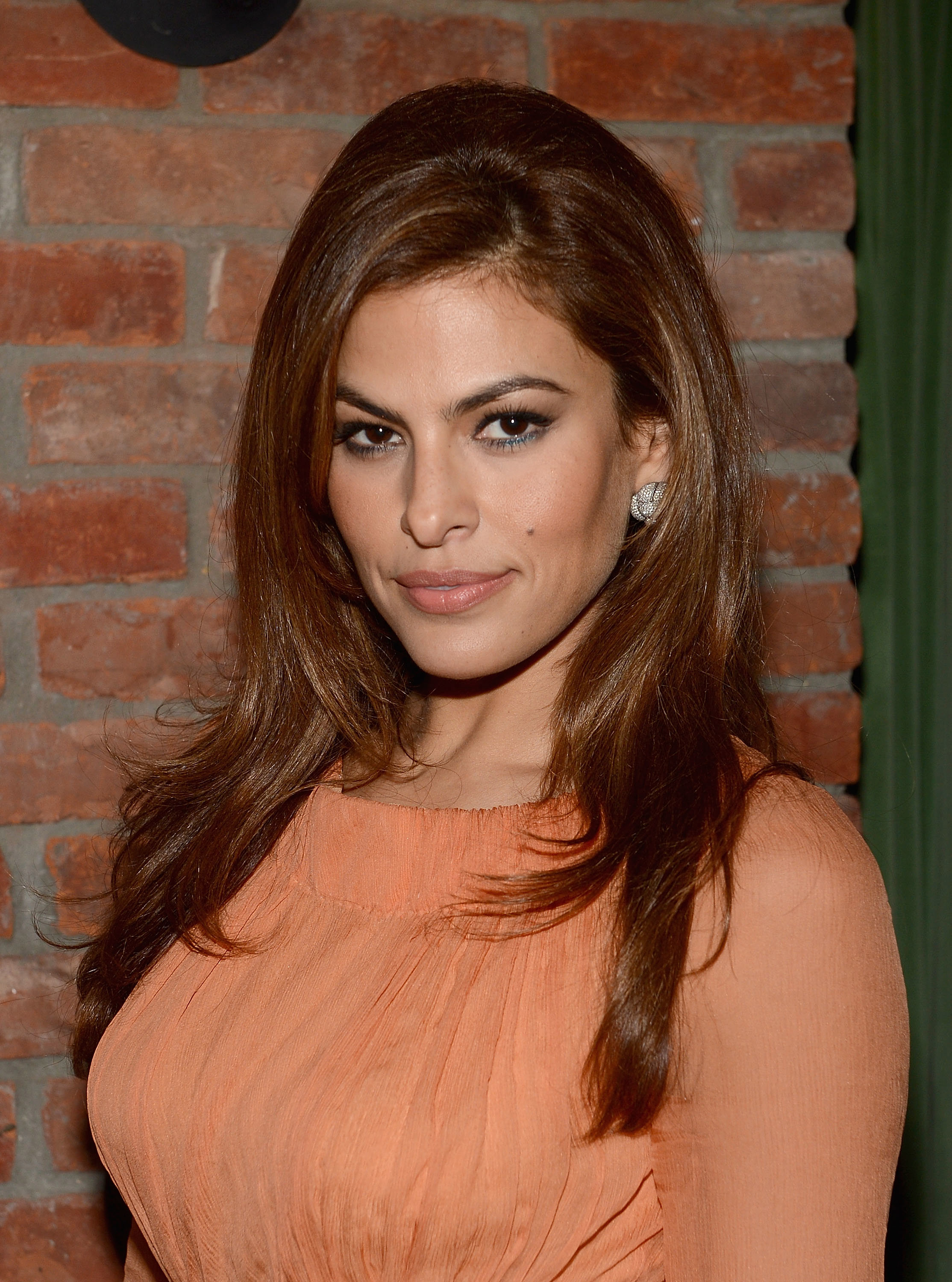 Mendes — who's known for replying to her followers on her platform — also chimed in.

"Hi. I'm actually taking time to really be present with my family so posting is not really a priority right now. Hope you and yours are well," she began. "I'm not sure why I'm answering you but here I go. I'm posting less because I really want to be present for my family. My little ones need me and posting takes up too much time.

"As far as getting work done, I'll do that whenever I please. But no, that's not the reason. The reason is I personally cannot juggle family and social media. So - big shocker - I choose family. Lotsa love to you out there."

READ MORE: Eva Mendes says she'd 'rather be home' with Ryan Gosling 'than anywhere else in the world' 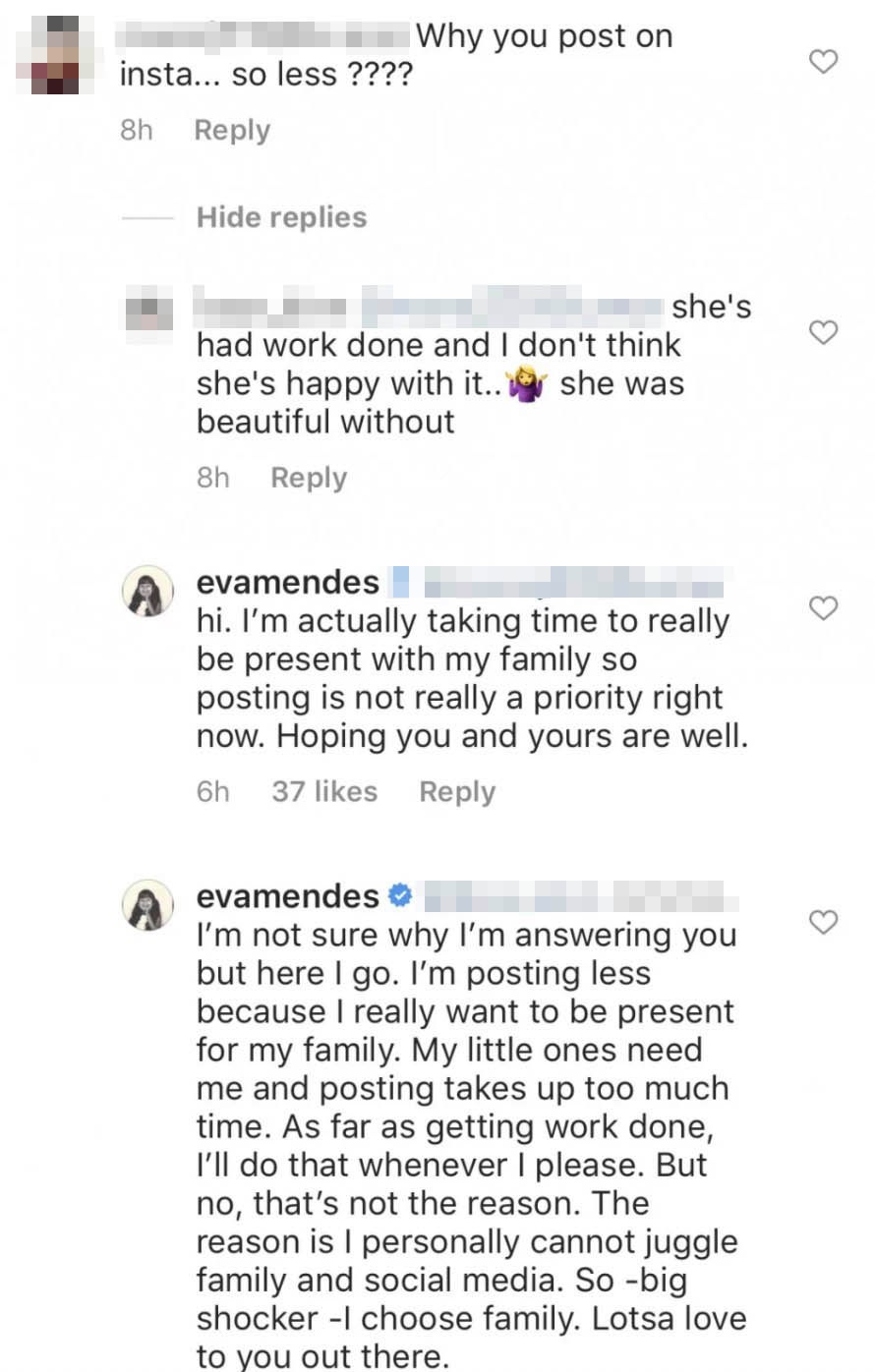 The Hitch star shares daughters Esmeralda, six, and Amada, four, with her long-time partner Ryan Gosling. And the family is enjoying the quality time they've shared while in quarantine.

"We're doing well we have or moments like any parents where it's maddening and then it's beautiful followed up by just feeling insane and then feeling so grateful. So we're definitely in it," she recently told 9Honey Celebrity. 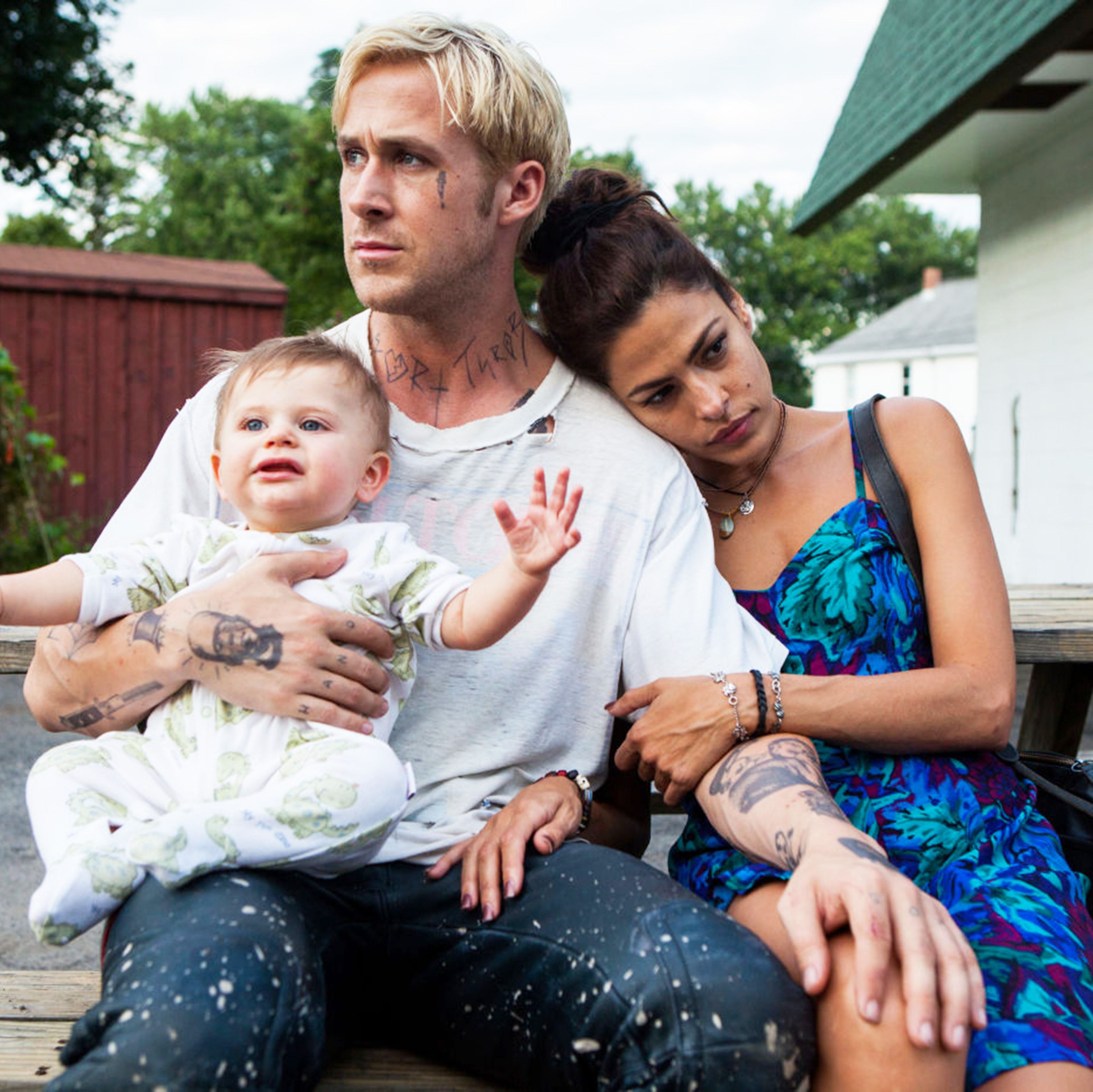 "And we have a six-year-old and a four-year-old and of course we decided to get a puppy, right? Because we had no idea we were going to be in lockdown with a puppy and two kids. It's actually been very fortunate that our family hasn't been directly impacted. And I have an elderly mother who we spent a lot of time with so we're really careful. So I'm just hoping when the kids look back it just feels like a really really long, long, long summer." 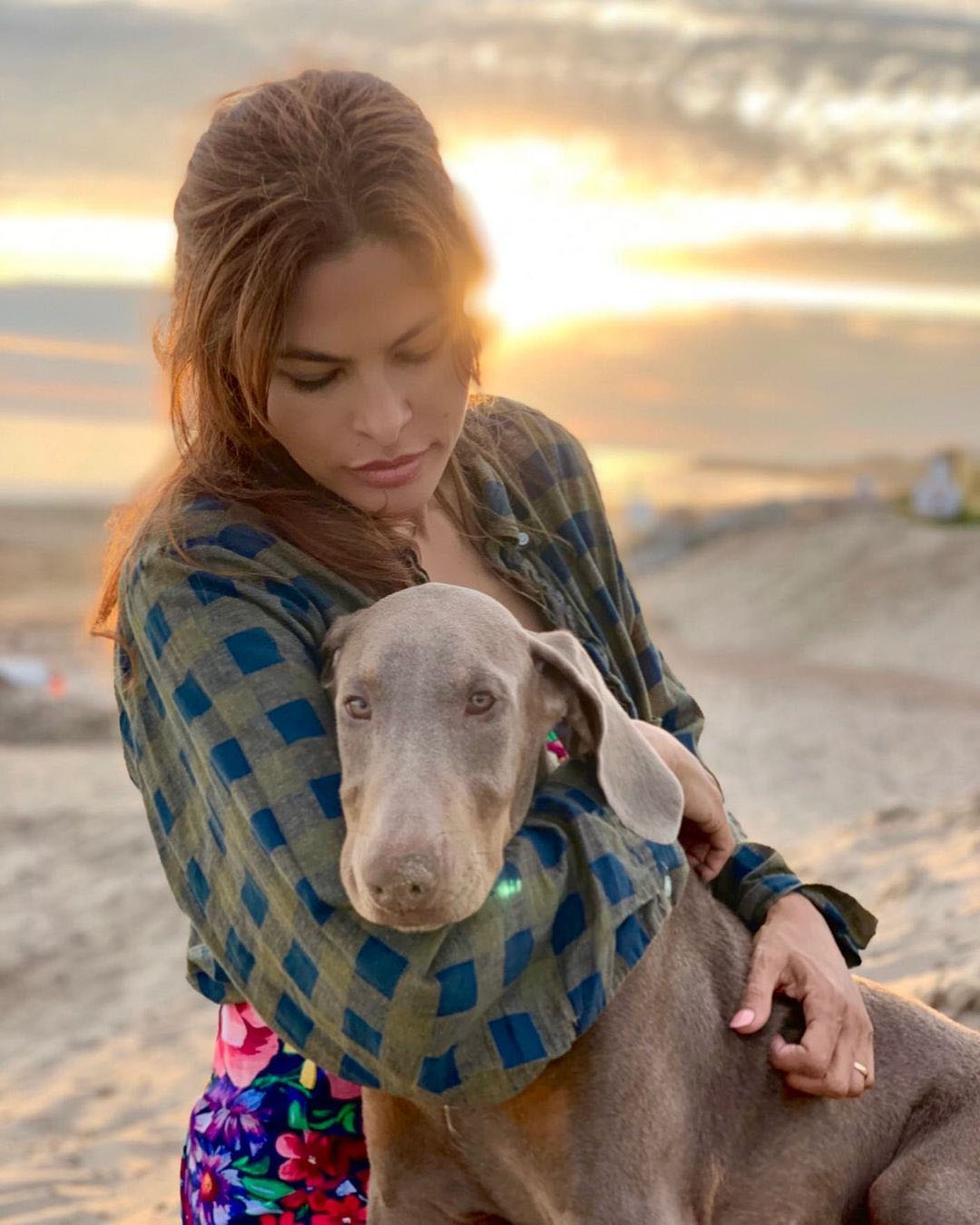