In another fight at the same event, Garcelle also went off on Dorit with a “F— you”-filled response to criticism.
The action on this week’s “Real Housewives of Beverly Hills” may have gone down at a launch party for Lisa Rinna’… 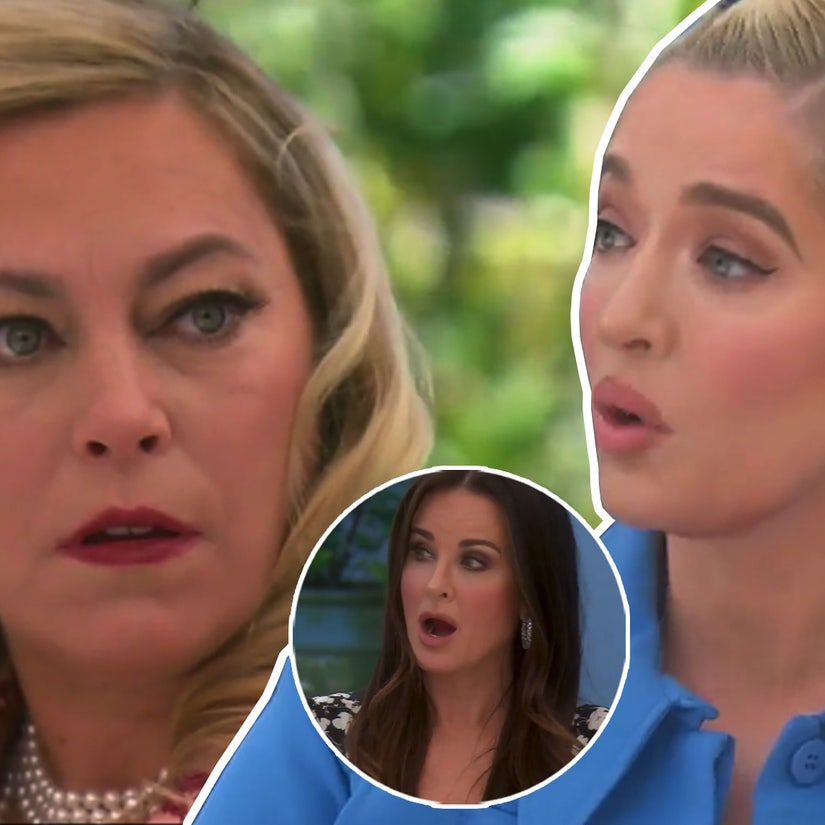 In another fight at the same event, Garcelle also went off on Dorit with a "F--- you"-filled response to criticism.

The action on this week's "Real Housewives of Beverly Hills" may have gone down at a launch party for Lisa Rinna's beauty line, but these women did anything but make-up.

The new hour followed the big dinner at Kyle Richards' home the previous week, after Sutton Stracke made it clear she wanted to distance herself from Erika Jayne amid the singer's divorce from Tom Girardi and messy legal drama. As Kyle and Rinna stopped by Erika's new home, the three discussed what went down the previous evening.

"I will say the girls are a little nervous," said Rinna, referring to Sutton and Dorit Kemsley, who had similar concerns. "They didn't really ask the questions they wanted answered," she added, as Kyle said Sutton was trying to avoid "society" problems.

"How small town of her," said Erika. "The 'I don't want to be associated with you because of what the neighbors may think,' to me, is cowardice. It's like, girl, come on. What are we in, small town Georgia?"

As she continued to rail against Stracke, Erika added, "We're not in Augusta bitch, who the f--- cares! It has nothing, zero, negative to do with you Sutton. You think you have fear? What about my f---ing fear?"

Conversation shifted as Kyle asked whether Erika wanted to leave Tom "for a long time," with Jayne revealing how she found out her husband was allegedly cheating on her. She claimed she found his phone, picked it up, "and there is everything."

READ:  Jimmy Fallon and Elizabeth Olsen Are Stuck in a Whole New Hex in This WandaVision Parody

"It's been a really mental f--- for a long time, it's really hard," said Erika, who added she wanted to "make sure what I was seeing was what I thought I was seeing" and get herself into a better financial situation before leaving him behind. "I still don't have a prenup, but I don't have one f---ing dime from him," she added, saying Tom would have "driven me into the f---ing ground" had she left sooner.

The entire group reconnected at a launch party for Rinna Beauty held at Crystal Kung Minkoff's home. As the ladies all sat down, Dorit felt it was a good time to address some simmering issues she's had with Garcelle Beauvais -- who Kemsley felt had been "poking" at her with malicious intent numerous times throughout the season.

"I've been thinking about you a lot and there's been some things that are bothering me, quite honestly. I feel like the last couple of months, you've been making a lot of jabs at me," she began, as a puzzled Garcelle responded, "Have I?" Dorit then went on to say it felt like bullying.

"Stop it right now. I'm not bullying you, I don't bully anybody," said Garcelle, who defended herself in a confessional by saying a bully picks fights, which wasn't what she was doing

"I don't have a problem with you but I feel like whenever we are having a discussion, you tend to hijack the moment and go on and on and on," Garcelle told Dorit, who has heard that complaint about her from quite a few of her costars over the years. Dorit then pointed out some of the times she felt Beauvais had been poking the bear, bringing up the whole Palm Springs mess with Erika.

READ:  Cue The Tears -- Mandy Patinkin Confirms Princess Bride Scene Was Inspired By His Own Father's Death In Emotional Video

"F--- you with that! You know exactly what happened in Palm Springs. F--- you for bringing that up. F--- you, f--- you, f--- you," Garcelle threw at her, before getting up from the table and starting to walk away. "I want to talk it out if you're gonna be fair. I'm not gonna talk it out if you're like, 'Oh, what happened in Palm Springs.'"

As she and Crystal then made clear, the Palm Springs incident was a misunderstanding. As Sutton then tried to explain the misunderstanding again, Erika was triggered and used it as an entry point to call out Stracke for her behavior at the dinner at Kyle's and with the other women behind her back.

"You be quiet, 'Miss Small Town, I'm Worried About My Reputation,' you shut up," she hurled at Sotton. "You can laugh all you want girl, I can go all day with you. Go get another motherf---ing legal opinion."

Sutton was blindsided by the conversation shift and told Erika not to take out her own "problems" on her. "My problems are my problems, don't turn them around on me, they don't affect you," Erika shot back, "Girl, that small town s--- is so wack."

With that short but very heated detour, Garcelle regained control of the conversation and told Dorit not to "jump in on something" she wasn't there for. Beauvais then said she heard Dorit's complaint and promised "it'll be different" in the future.

While viewers will have to wait and see whether Erika and Dorit truly hashed everything out, we know Erika and Sutton will go at it again next week. The preview showed Erika snapping at her costar -- and telling her to "shut the f--- up."