The “RHOBH” star is also asking for Girardi to pay her legal fees.
Erika Jayne is asking for spousal support from her estranged husband, Tom Girardi, amid their divorce proceedings.
The “Real Housewives of Beverly Hills” … 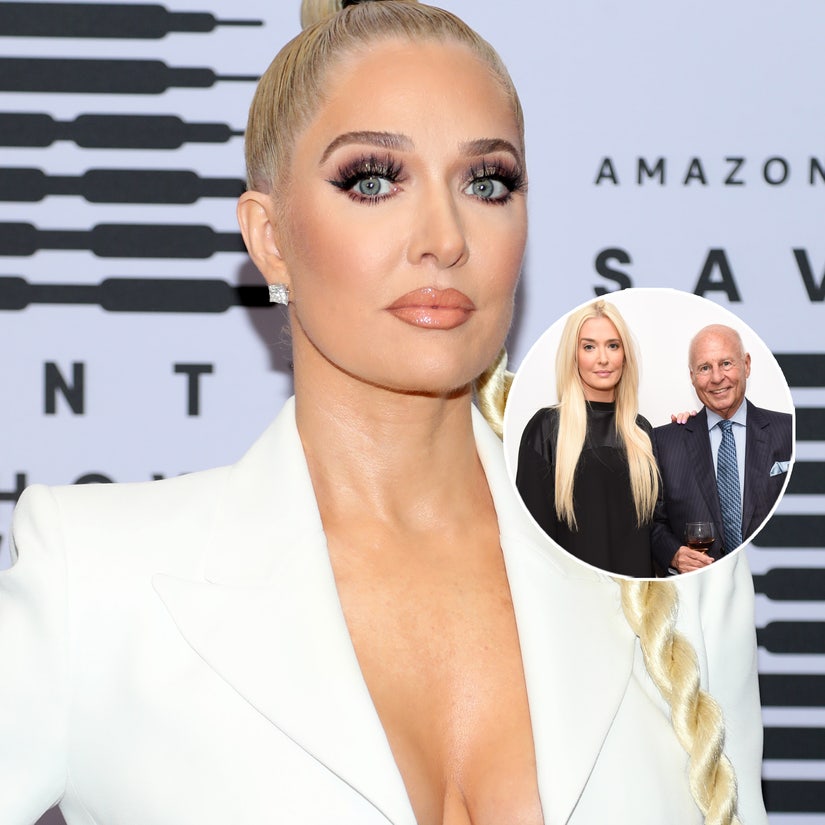 The "RHOBH" star is also asking for Girardi to pay her legal fees.

Erika Jayne is asking for spousal support from her estranged husband, Tom Girardi, amid their divorce proceedings.

The "Real Housewives of Beverly Hills" star, 49, wants the high-powered attorney, 81, to pay for her legal fees as well and asked the court to block him from requesting spousal support, according to court documents.

The "Painkillr" singer filed for divorce on November 3 citing irreconcilable differences after being married to Girardi for 21 years.

"After much consideration, I have decided to end my marriage to Tom Girardi," Jayne said in a statement. "This is not a step taken lightly or easily. I have great love and respect for Tom and for our years and the lives we built together. It is my absolute wish to proceed through this process with respect and with the privacy that both Tom and I deserve. I request others give us that privacy as well."

Jayne previously revealed the couple did not sign a pre-nup while chatting with Bravo boss Andy Cohen back in 2017 on "Then & Now."

"I don't have a prenup," she claimed. "But let me tell you something, let me be very clear. I'm married to a very powerful lawyer. A prenup wouldn't stand in his way anyway. So it doesn't matter whether you had one or you didn't, it's gonna be all Tom's way, I assure you. He'll rip that piece of paper to shreds in two seconds."

The two had met while Jayne was a waitress at the celebrity hotspot Chasen's in Los Angeles, where Girardi was a regular. After a brief courtship, they married in 1999.

READ:  Hollywood reacts with disgust at US Capitol rioters, fury at Trump

While the pair do not have children, Jayne shares a son, Tommy, 26, with her ex Thomas Zizzo.

Jayne is currently filming "Real Housewives of Beverly Hills." It is unclear if the divorce will be part of a storyline for the eleventh season of the Bravo hit.