It took a village to salute Elton John at Thursday’s iHeartRadio Music Awards, as H.E.R., Brandi Carlile and Demi Lovato came on stage sequentially to sing to Sir with love, with testimonials before and after the medley from Lil Nas X and Coldplay’s Ch…

It took a village to salute Elton John at Thursday's iHeartRadio Music Awards, as H.E.R., Brandi Carlile and Demi Lovato came on stage sequentially to sing to Sir with love, with testimonials before and after the medley from Lil Nas X and Coldplay's Chris Martin.

Lovato, singing 'I'm Still Standing,' was the only one of the three medley performers to rock a pair of Elton-esque sunglasses, although the not previously so blonde Carlile was sporting a new look of her own as she belted a condensed 'Don't Let the Sun Go Down on Me.'

H.E.R. kicked off the salute by playing both piano and inevitably guitar on 'Bennie and the Jets,' as John and David Furnish looked on and sang along from the stage set's signature banquette. 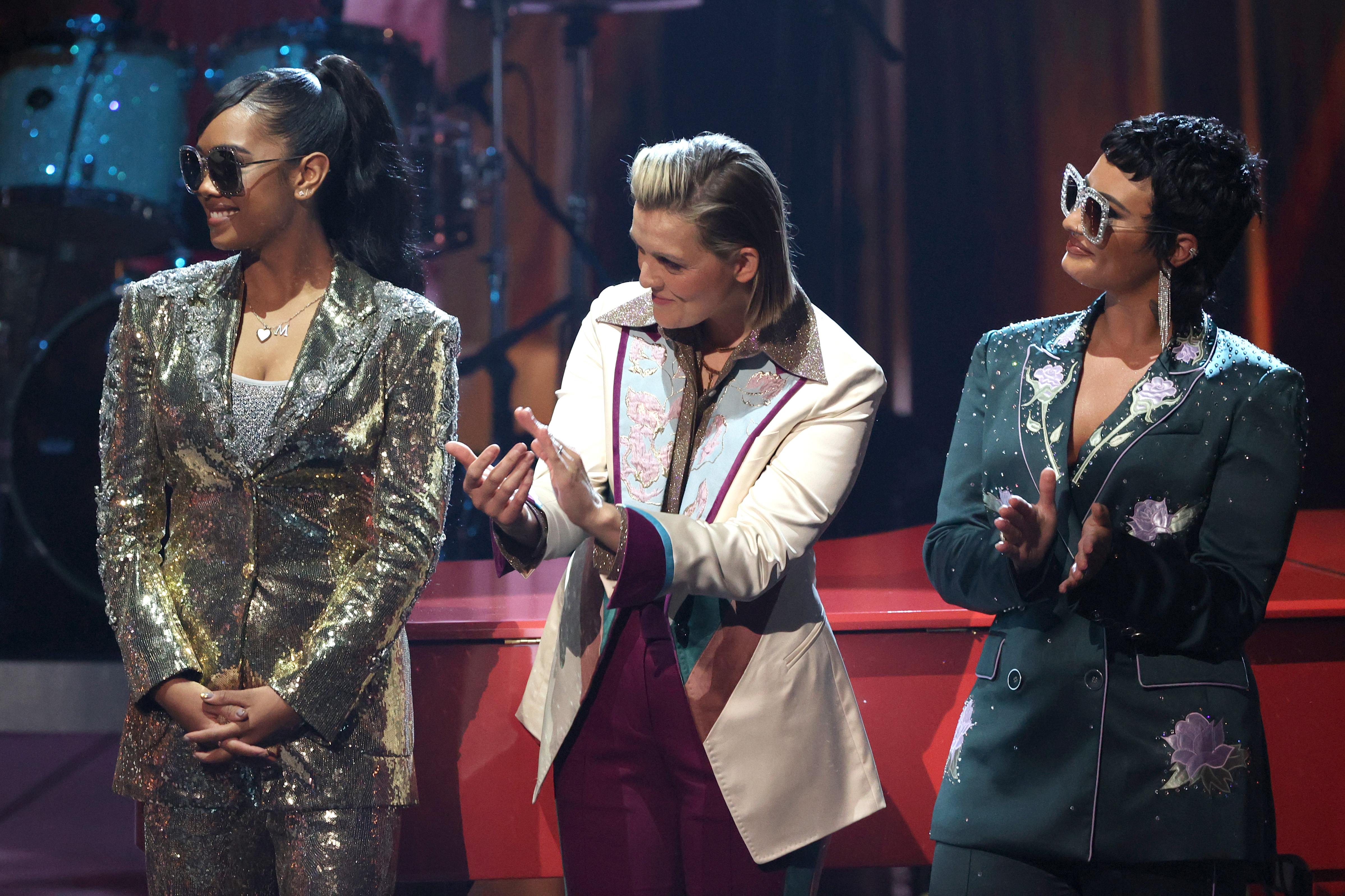 Martin set the salute into motion with a comedic introduction full of groaners. 'I got into a very difficult fistfight with the guy who runs the teleprompter'" said the Coldplay frontman, mock-conceding that "I don't know anything about Elton John" and would be relying on the largess of the man running the scroll.

RELATED: Demi Lovato comes out as non-binary and changes pronouns to they/them

There followed such punchlines as: "Elton John was born in the U.S., and he and his collaborator, Bernie Sanders, worked and lived together in an apartment that his partner David furnished. Martin identified John as the writer of 'I Just Called to Say I Love You,' and said he failed at being an actor, "but it led to an incredible song called 'I'm Still a Stand-In.'"

He capped his comedy set by saying he was a fan of "the romances" in John's catalogue, "particularly the one he wrote for his husband's parents, 'Don't Let Your Son Go Down on Me.'

Following the musical performance, Lil Nas X took a more serious approach, saying, "To me he's a trailblazer to those who live their lives freely and unapologetically."

John returned the compliment, saying, "A special thanks to Lil Nas X, because he is a wonderful artist and has balls of steel!" John didn't go so far as to say the sun had gone down on him, but said in his speech, "I've had my time in the sun," while adding, "I'm glad people still play my records and I love it."

READ MORE: Pet Shop Boys did not perform with Elton John and Years & Years at BRIT Awards as planned: What happened, actually? 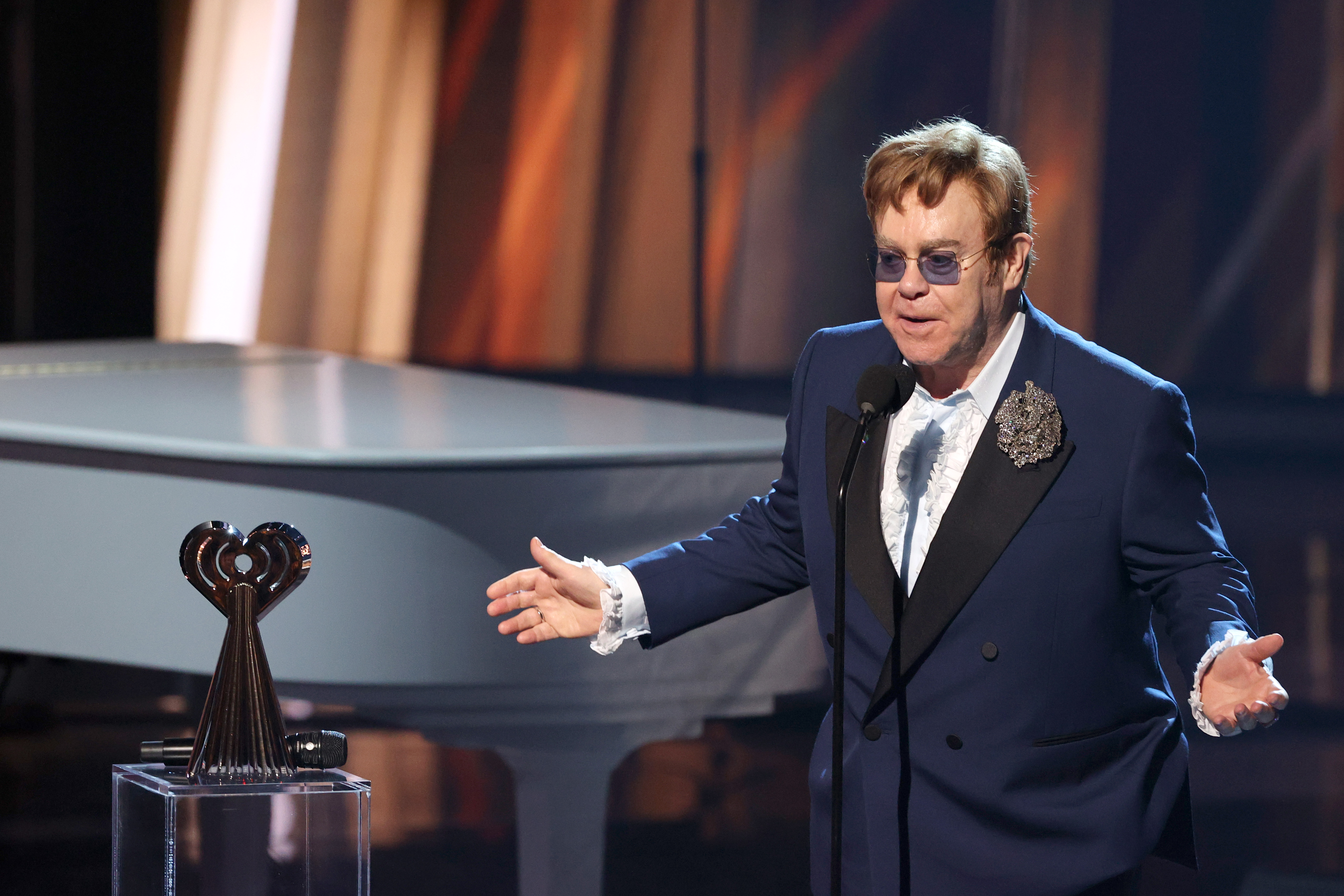 John noted that being out felt special because "it's been a bleak year," but the receding bleakness didn't keep him from getting some quips in, especially when he got the signal his speech was running too long for the tight, two-hour Fox telecast.

"Please wrap up, they said. Well, I'm wearing a coat, I don't want to wear another one!" he said.

READ:  American Idol: Lionel Richie Said This Singer's Voice Only Comes "Once in a Generation"
Shares
Share This
Finance Advice 2021