Dwayne ‘The Rock’ Johnson’s doppelgänger appeared on Today Extra this morning to discuss what it’s like to resemble the action star.Patrol Lieutenant Eric Fields became a viral sensation last week when a photo of him looking just like the former wrestl…

Dwayne 'The Rock' Johnson's doppelgänger appeared on Today Extra this morning to discuss what it's like to resemble the action star.

Patrol Lieutenant Eric Fields became a viral sensation last week when a photo of him looking just like the former wrestler did the rounds on social media.

Fields — a law enforcement officer in Morgan County, Alabama — has since found himself trending online, much to his surprise.

Fields also told hosts David Campbell and Belinda Russell he has long been a fan of Johnson and his movies.

"I like what does and he seems to be a positive kind of guy," he said.

Watch the above video for the full interview.

READ MORE: Iconic actor from The Wire dead at 54 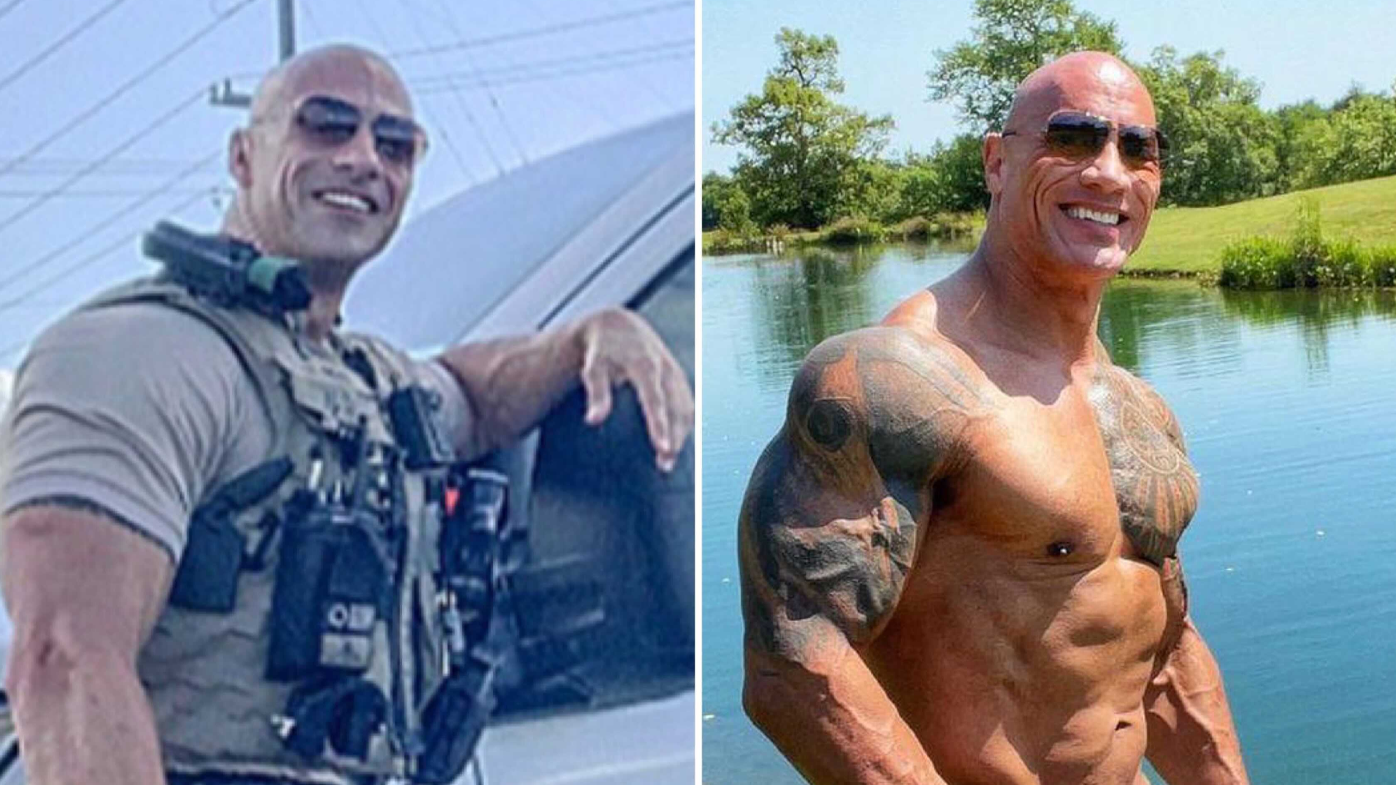 The photo of Fields was first posted to the Facebook page of the Morgan County Sheriff's Department on August 21, but it was soon turned into a TikTok video that has since clocked up close to two million views.

READ MORE: Dwayne Johnson reacts to his viral doppelgänger: 'Guy on the left is way cooler'

The original post has also caught the attention of Johnson himself, with the star weighing in on their uncanny resemblance.

"Oh s--t! Wow. Guy on the left is way cooler," the actor referenced Fields as he reposted the image. "Stay safe brother and thank you for your service. One day we'll drink @Teremana and I need to hear all your 'Rock stories' because I KNOW you got 'em."