Fossils have been housed in rock for millions of years, though perhaps none quite like the one discovered via Monday Night Football this week.Dwayne “The Rock” Johnson appeared on the final ManningCast show of this year’s NFL season, hosted by the lege…

Fossils have been housed in rock for millions of years, though perhaps none quite like the one discovered via Monday Night Football this week.

Dwayne "The Rock" Johnson appeared on the final ManningCast show of this year's NFL season, hosted by the legendary football brotherly duo of Peyton and Eli Manning, with the most unusual of backdrops — a T-Rex.

Johnson joined ESPN2's alternate telecast for the second quarter of the Los Angeles Rams' comfortable NFC wild-card playoff game victory over the Arizona Cardinals and had been reflecting on his college football career at the University of Miami when Eli Manning pointed out the dinosaur behind his guest. 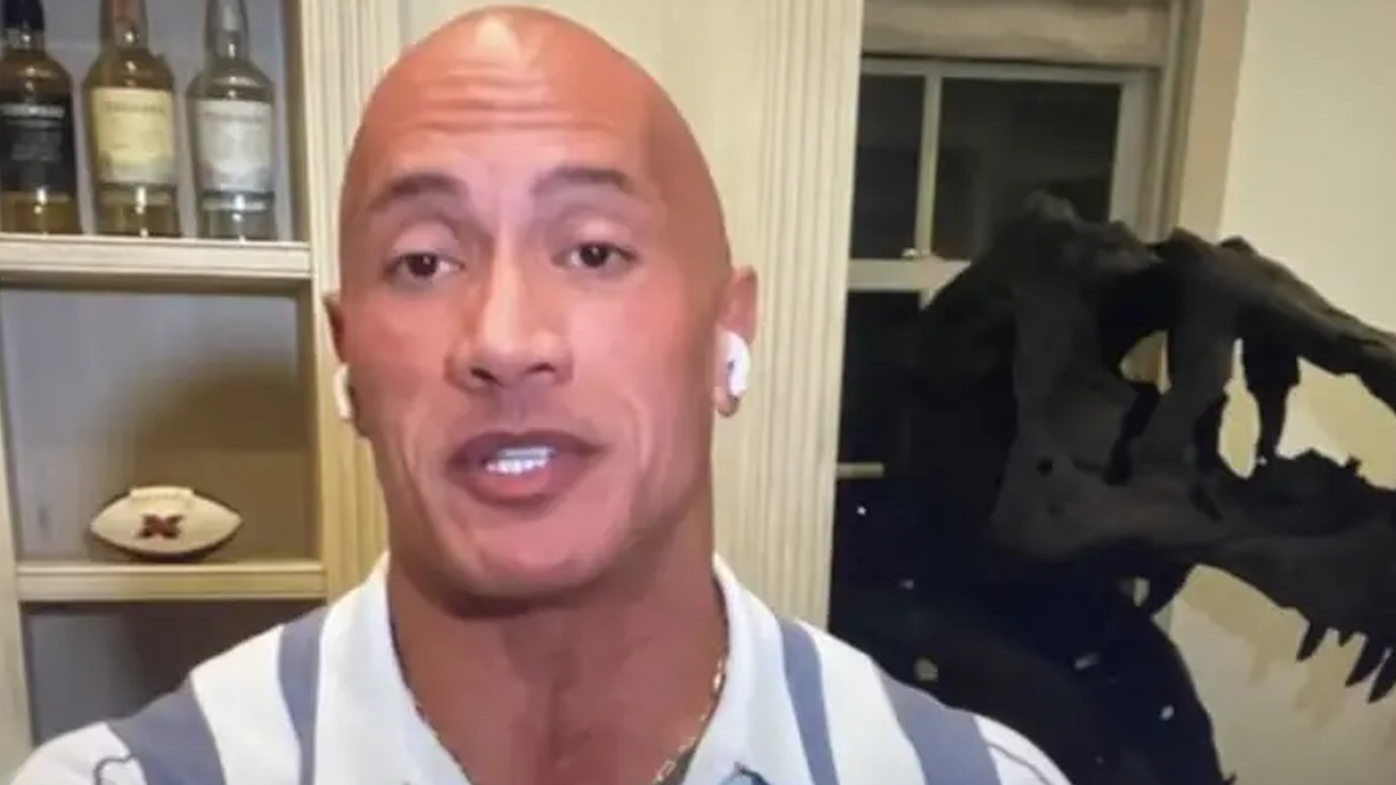 "I got a T-Rex skull, yes," Johnson laughed.

"Pretty cool and badass isn't it?"

Discovered in a remote area that spans North and South Dakota, Wyoming, and Montana, the skeleton is considered one of the largest and most complete examples of a T-Rex, with 188 original bones.

Earlier in the second quarter, Johnson provided a moment of unintentional comedic genius after being asked by Eli Manning how he would energise a bruised Cardinals team — trailing 14-0 at 3rd down and seven.

READ MORE: Mum's unsettling video of toddler talking about his past life

No stranger to a motivational speech, Johnson reeled off a rousing pep talk as the players lined up for the snap.

"Listen, you've got one shot here, you've got an opportunity — you've gotta scratch, claw, fight, bite, kick through everything you can to make this happen," Johnson said.

"It's a back to the wall philosophy and when your back is to the wall every moment in life you have one place to go and that's forward."

Within mere seconds of Johnson adding "Let's go" to his stirring rally, Cardinals quarterback Kyler Murray — under pressure in the end zone from linebacker Troy Reeder — proceeded to throw a calamitous interception for a pick-six, extending the Rams lead to 20-0.

As the Manning brothers sat stunned, Johnson proceeded to drown his sorrows by drinking from a bottle of tequila.

"I blame it on the pep talk," Eli Manning laughed.

Johnson left the telecast at the close of the second quarter, though not before he was thanked by Eli Manning for presenting him with a new nickname: 'Human Carbon Monoxide,' the silent killer.