You’ve gotta love Dwayne Johnson for being a willing participant in his young daughter’s latest prank.The actor shared a hilarious video on Instagram involving his six-year-old daughter Jasmine and a tub of peanut butter, knowing full well he was about…

You've gotta love Dwayne Johnson for being a willing participant in his young daughter's latest prank.

The actor shared a hilarious video on Instagram involving his six-year-old daughter Jasmine and a tub of peanut butter, knowing full well he was about to cop it.

In the clip, the 49-year-old former wrestler could be seen with his eyes closed as requested by Jasmine, who cheekily holds some tinfoil in her hands.

"I trust you. Jazzy, I hear a lot of foil," Johnson said as his daughter laughed and slapped tinfoil on his face, which was covered in peanut butter. Watch the clip above. 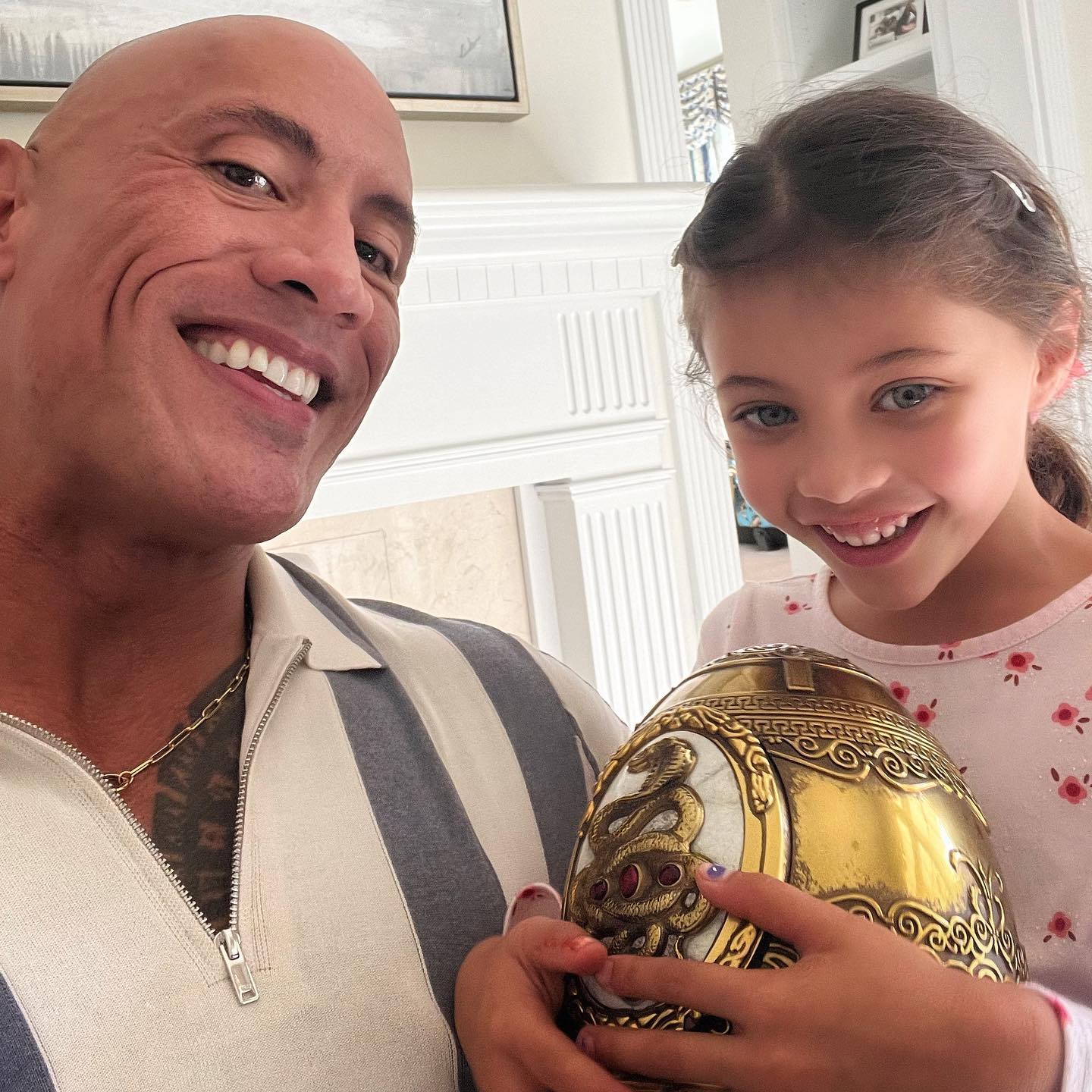 "Oh my God. You'd think after all this time, I'd learn my lesson of playing my little tornado's favorite game, 'Daddy Close Your Eyes' 👁🙈💀😈🤣," he captioned the video on Instagram. "What a fool I am 😉🙋🏽‍♂️."

But the action star is happy to play along as he knows his daughters — he also shares three-year-old Tiana with wife Lauren Hashian — will one day be too cool for dad.

"(one day they'll be grown & gone, and smashing the s— outta daddy's face with peanut butter is the last thing they'll want to do - so while they still love hanging out with daddy ~ bring on the peanut butter!! 😂❤️)," he added in his post.

There's no secret Johnson loves being a girl dad. He is also father to daughter Simone, 20, who he shares with ex-wife Dany Garcia.

'Every man wants a son, but every man needs a daughter," he wrote on Instagram last year alongside a photo of himself holding hands with his youngest daughter, Tiana.

"All my girls have become the great equalizers in my life — I'm surrounded by estrogen and wouldn't have it any other way, and man I hope she never gets tired of holding these big ol' dinosaur hands, though I suspect one day she will."