Kourtney Kardashian and her famous family are once again embroiled in an online feud.While the latest season of Keeping Up With the Kardashians teased at a romantic reunion between the 41-year-old television personality and ex Scott Disick, 37, Kardash…

Kourtney Kardashian and her famous family are once again embroiled in an online feud.

While the latest season of Keeping Up With the Kardashians teased at a romantic reunion between the 41-year-old television personality and ex Scott Disick, 37, Kardashian is currently dating Blink-182 drummer Travis Barker, 45. And Barker's ex-wife, model Shanna Moakler, does not seem too happy about the romance. Captioning a now-deleted glamour shot posted to Instagram earlier this week, Moakler quoted Justin Bieber's song lyrics, "My mama don't like you and she likes everyone…. ❤️⚓️."

A fan then left a comment saying, "My mama likes everyone besides the Kardashians" with crying laughing emojis.

To this, Moakler responded, "mine too lol."

Moakler and her rocker ex-husband were married for three years before divorcing in 2008. They share a 17-year-old son, Landon, and 15-year-old daughter, Alabama together.

It is unclear if Moakler was referring to her children not liking the Kardashians or other relatives. 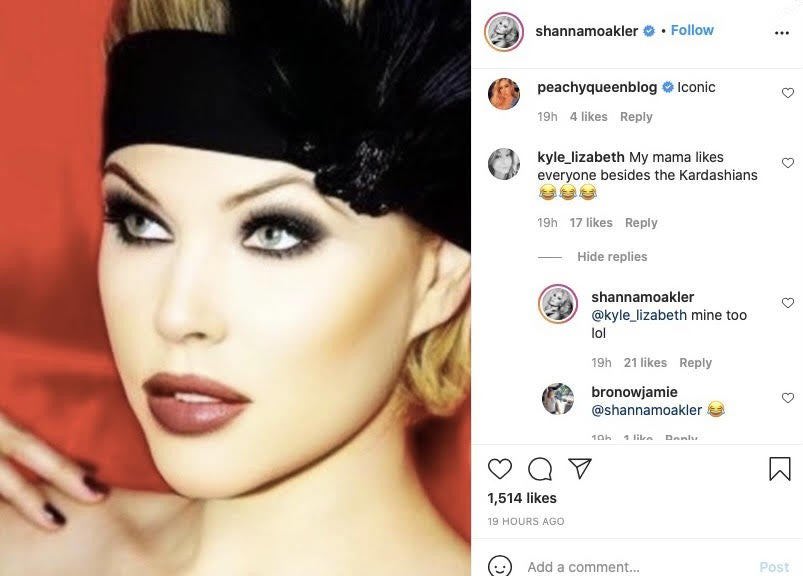 A source told Entertainment Tonight that the former Miss USA "goes back and forth" when it comes to being supportive of her ex-husband's new relationship.

"Sometimes she's happy for Travis and the next moment she can get a little jealous, but overall Shanna and Travis have been great at co-parenting together for the last few months and their kids are what's most important to her," the source said.

Moakler, however, has previously made headlines for throwing shade at Kardashian and starting a social media war.

READ MORE: What happened to Blink-182 drummer Travis Barker and what is he doing now? 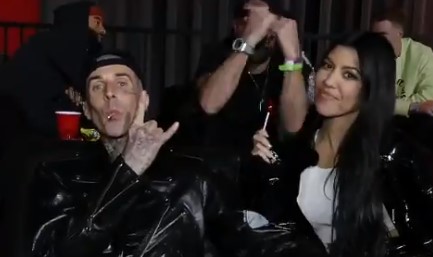 In February, Moakler was seen liking a fan's comment saying Barker "downgraded" in his new relationship with Kardashian.

A month later, Moakler posted a quote on her Instagram Story, which said: "Stop complaining about your life. There are people out there dating your ex."

Kardashian seemingly clapped back at this, posting to her own story moments later, "Stop (social media) stalking your ex."

Moakler publicly commented on the feud not long after this.

In an interview with Entertainment Tonight, Moakler said she has no "ill will" against her ex-husband's new girlfriend.

"I honestly had no bad intentions whatsoever. Travis and I haven't been together for almost a decade. We co-parent, we're friends. However, I don't know anything about his personal life like that," she said.

Kardashian and Barker were first romantically linked in January and made their relationship public during the Valentine's Day weekend.

The couple have apparently known each other for years, and live in the same Calabasas neighbourhood in California. In fact, Kardashian often hosted playdates at her home for Barker's children and her own kids over the years.