The pilots thought it was hilarious — not everyone on the internet agreed.
A drone pilot trying to get a closer look at an alligator got more than he bargained for.
TikTok user @devhlanger posted the footage, apparently s… 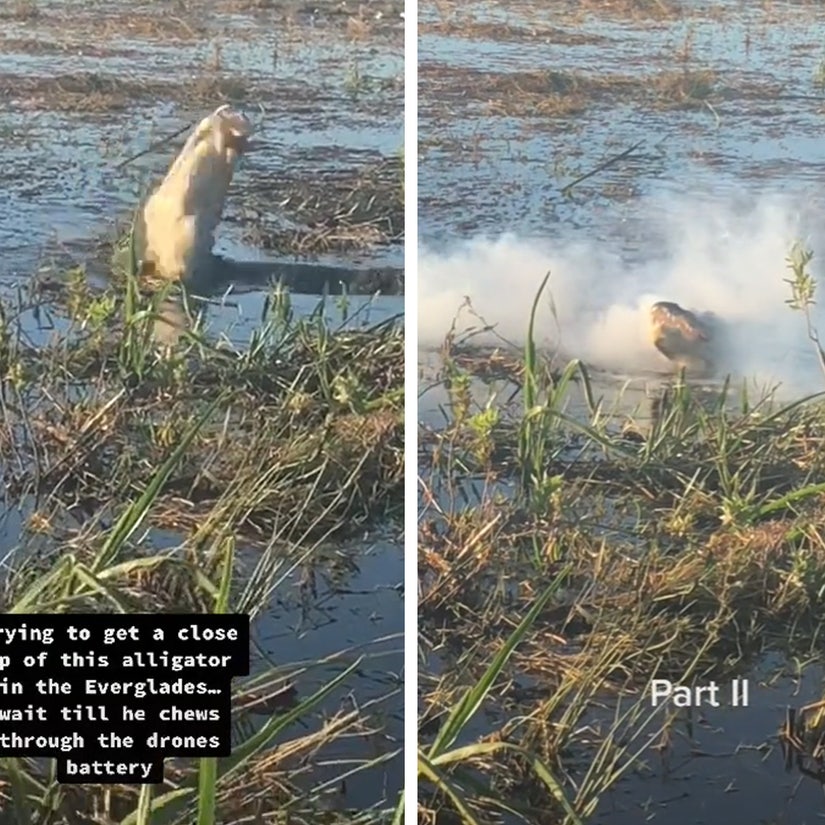 The pilots thought it was hilarious — not everyone on the internet agreed.

A drone pilot trying to get a closer look at an alligator got more than he bargained for.

TikTok user @devhlanger posted the footage, apparently shot in Florida's Everglades, as a group of friends hover their drone just above the head of a huge gator... until the inevitable happens.

"Trying to get a close up of this alligator in the Everglades... wait til he chews through the drones battery," the caption states — which is eactly what happens.

"He thinks its food?" one of the girls can be heard asking before the reptile — whom they've dubbed George — answers her question by snapping the drone out of the air, to delighted squeals from the audience.

"What are you doing? Don't eat that George, no!" the commentary rings out.

But eat it he does — causing an alarming amount of smoke to billow out of is mouth as its powerful jaws grind though the electronics and the battery.

"Shit we gotta get out of here," one of the girls exclaims as they giggle.

"Maybe let it out of your f--king mouth you idiot!"

In the caption of the post, they claim they thought the drone's obstacle avoidance system could outmaneuver the lightning fast predator.

While the friends clearly thought the video was hilarious, many online did not. The filmers also claimed "George is doing fine and still looked hungry after," but the internet was skeptical of this, too.

"Bro why the hell would you fly a drone that close especially near water WITH GATORS? That's common sense," one commenter wrote.

"He's going to 100% die if he gets to the battery. It's lithium and reacts with water. It will burn through him," another claimed.

In fact, flying drones in the Everglades National Park is illegal for that very reason; to prevent animals being accidentally injured — or purposely harassed. Many on Twitter vowed to pass the video on to the Florida Fish and Wildlife authorities.

However in the comments section of one of the TikToks, the creator backtracked on their original claim the video was shot inside the park.

"1) This is outside national park. 2) This is on a tour. 3) I'm clearly filming the drone x flying the drone. 4) Accidental. 5) Direct your anger an [Alligator] farms."