“It’s hard to grow up in front of people,” Drew said, choking up. “It’s just hard.”
Drew Barrymore opened up about being placed in a psychiatric ward at the age of 13 by her mother, Jaid Barrymore.
During an emotional int… 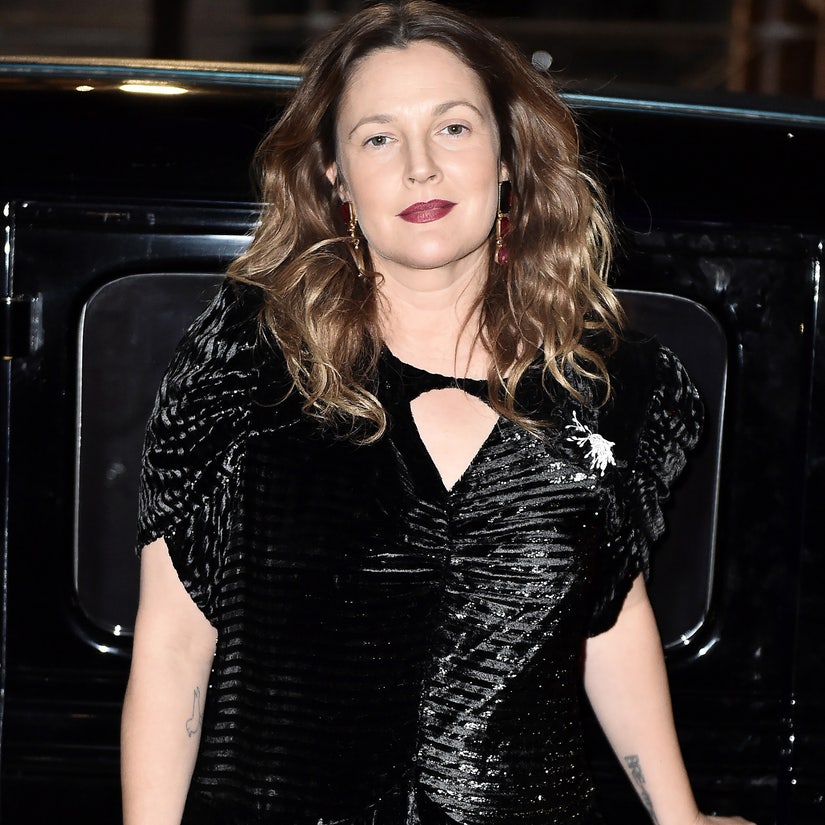 Drew Barrymore opened up about being placed in a psychiatric ward at the age of 13 by her mother, Jaid Barrymore.

During an emotional interview on Monday's "The Howard Stern Show," the Hollywood royal said her reckless behavior as a child star caused her to be institutionalized.

"I was going to clubs and not going to school and stealing my mom's car and I was out of control," Drew began. "So sometimes it was as humorous as that and sometimes I was just so angry that I would go off and then I'd get thrown in the thing."

She explained that "the thing" was a "full psychiatric ward" where she stayed at for 18 months. But it was not a luxury rehab facility, according to the star.

"I used to laugh at those Malibu 30-day places," the 46-year-old talk show host recalled. "Malibu was sort of the opposite of the experience I had. I was in a place for a year and a half called Van Nuys Psychiatric. And you couldn’t mess around in there and if you did, you would get thrown either in a padded room or get put in stretcher restraints, and tied up."

The extended time at Van Nuys Psychiatric brought the realization that she needed the discipline.

"I asked myself, 'Why is this happening?' And I thought, 'Maybe you need the craziest form of structure because everything was so accessible available and screwed up in your world that maybe it's going to take something like this for you to kickstart the rest of your life,'" she explained. "And that didn't come for probably about six to eight months. The first six to eight months I was just so angry. I couldn't see straight."

READ:  Kourtney Confronts Kim and Khloe Over Their 'Obsession' with Addison Rae Friendship

The experience allows Drew to sympathize with other women who have been thrust in the spotlight at an early age with parents stepping in to regulate, such as Britney Spears, whose conservatorship controlled by her father has been called into question with the recent film "Framing Britney Spears."

"I haven't seen the documentary," Drew told Howard. "So I don't know what's going on there. But I have so much empathy -- you know Paris Hilton came on the show and she had been institutionalized by her mom - and you think Britney and Paris -- I'm sure that people look on and think, 'These party girls, these privileges, how dare they have feelings about any of this? They've put themselves out there, they've asked for this -- it's fair f------ game,' and I just go, 'They're humans. They're just humans,' and I have a lot of empathy."

Meanwhile, after a lifetime of introspection, the "E.T." actress said she learned to "forgive" her mom for sending her to the ward.

“I think after 30 years of therapy and a lot of soul searching and having kids myself, I think she created a monster," Drew explained. "And she didn't know what to do with the monster. She probably felt like she had nowhere to turn. And I'm sure she lived with a lot of guilt for years, about creating the monster but then I think she lived in a lot of pain that I also wouldn't talk to her for a long time."

"I mean, the pain that I went through from that -- I felt so guilty," she continued. "Denying my mom access to me, it felt like I was cutting off the source of life. It was as hard of a feeling as I've ever experienced. Definitely the worst pain I've ever known."

Drew added that she has since reconciled with Jaid, and that they even texted each other before the Howard Stern interview.

"I feel goodness toward my mom. I feel empathy and understanding."

And more proof the pair are on the right track; Drew's daughters Olive, eight, and Frankie, six, have met their maternal grandmother.

"But there's real boundaries and distance and a lot of respect," Drew said.