Drew Barrymore is still blushing over a kiss she once shared with Hugh Grant.The Charlie’s Angels actress, 46, recalled approaching Grant at a New York City restaurant and drunkenly leaning in for a smooch.”I don’t think we’ve ever talked about this, I…

Drew Barrymore is still blushing over a kiss she once shared with Hugh Grant.

The Charlie's Angels actress, 46, recalled approaching Grant at a New York City restaurant and drunkenly leaning in for a smooch.

"I don't think we've ever talked about this, I walked into I think it was, like, The Waverly Inn, this was years ago, and I had a few drinks. And I walked in and I ran into you and instead of saying hello, I grabbed you by the collar and I fully started kissing you," she told Grant during his appearance on The Drew Barrymore Show. Watch above! 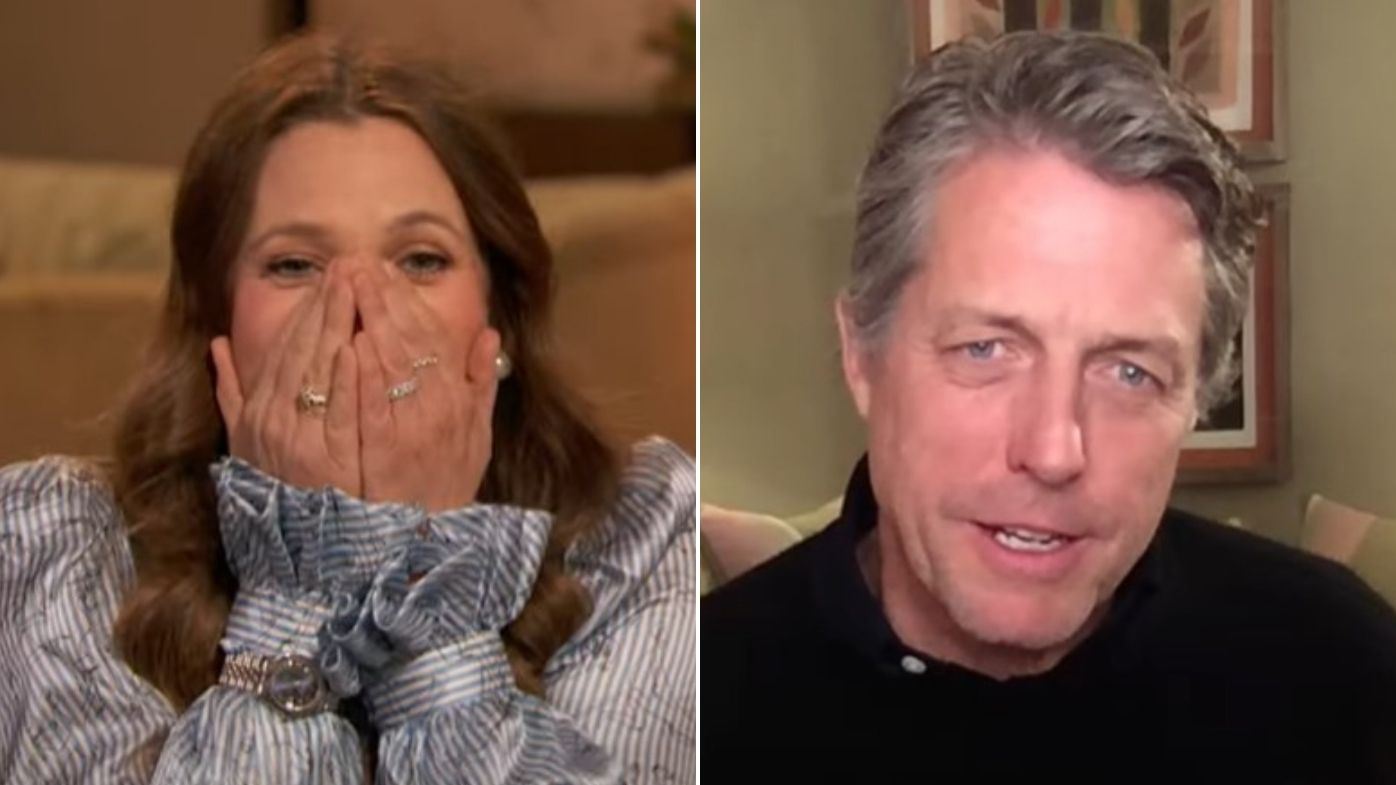 "The expression [you had] was, 'You've never greeted me that way before,' and then you had a second thought and you were like, 'You know, I'm not hating this.' And then we flirted and then it was like, 'OK, bye. See you soon.'"

Grant laughed over the incident, and admitted that he found it "really bizarre".

"I was very drunk as well and I was with some very nice but not drunk studio executives from L.A., and they were very surprised," he said. "One of them said, 'Oh, there is Drew Barrymore,' I get up to say hi and then we make out for 10 minutes and then I sit down, and we go on talking about the script." 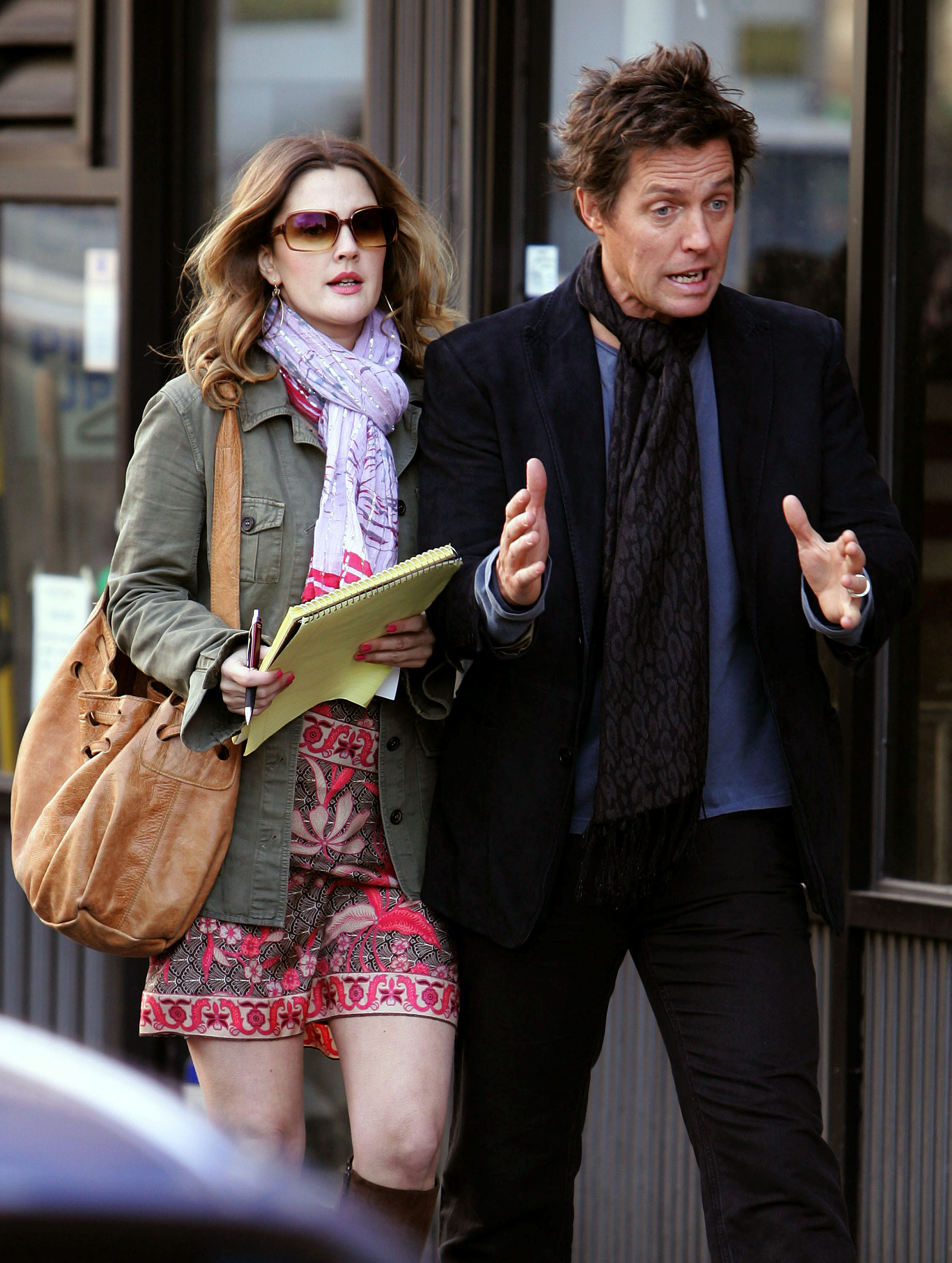 READ MORE: What happened between Hugh Grant and Liz Hurley?

Barrymore also detailed how she'd once written a letter to Grant after his sex scandal with Divine Brown.

Grant was arrested for engaging in lewd conduct with the sex worker in 1995. He was dating actress Liz Hurley at the time, but she stuck by him throughout the ordeal.

"I was just an idiot. I was a grown-up idiot who got caught by the police," Grant recalled. "I was back in England with 5,000 members of the press around the borders of my farm and I opened a letter, from you, that was very supportive and nice, and it was very cheering up and I thought, 'I love Drew Barrymore.' Words of support from an actress I didn't know in Hollywood was lovely, so, you will always have a place in my heart." 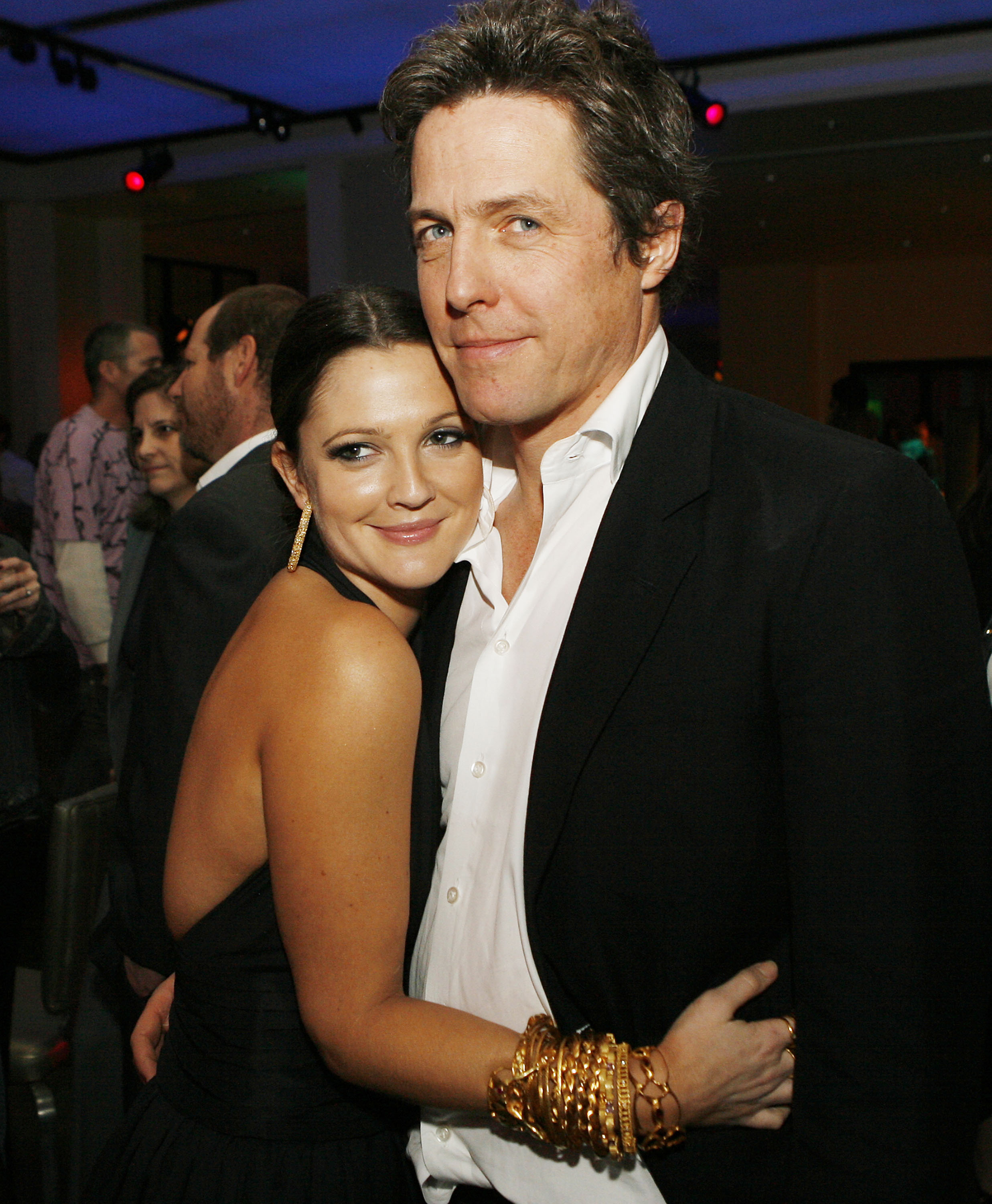 READ MORE: Celebrity couples who stayed together after cheating scandals

Barrymore and Grant went on to star together in the romantic comedy Music & Lyrics in 2006.

The Notting Hill actor married television producer Anna Eberstein in 2018 and the two share three children together. He also shares two children with Tinglan Hong. Meanwhile, Barrymore has two daughters, Frankie and Olive, whom she shares with her ex-husband, Will Kopelman.