The two costarred in the 1989 movie “See You In the Morning.”
Drew Barrymore welcomed a “big, big, big” surprise guest to her talk show on Friday and it was none other than her costar from 31 years ago, Macaulay Culkin.
T… 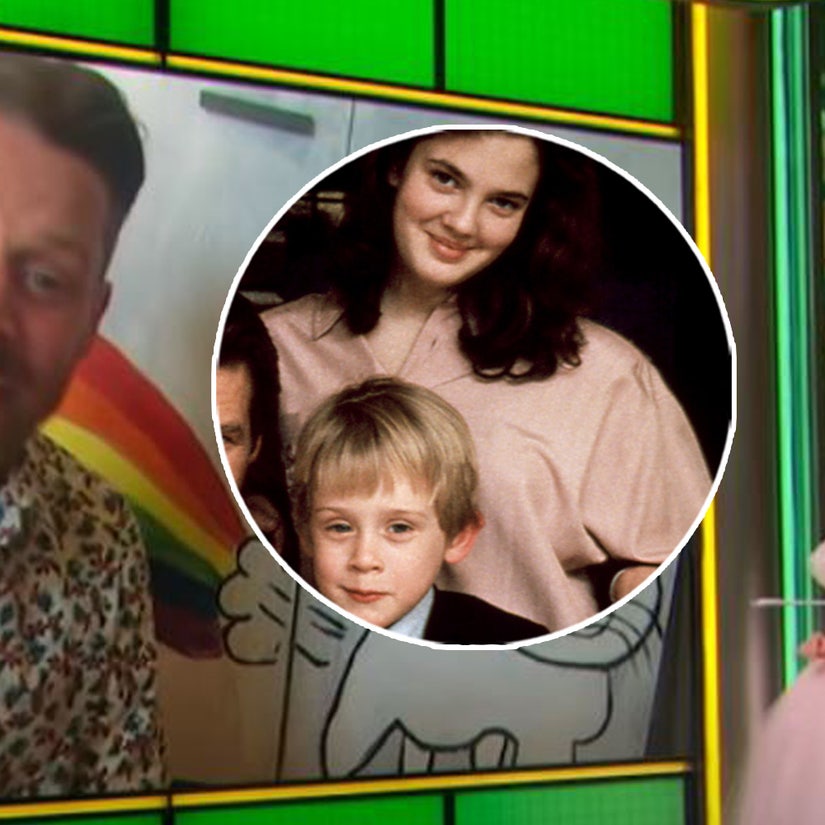 The two costarred in the 1989 movie "See You In the Morning."

Drew Barrymore welcomed a "big, big, big" surprise guest to her talk show on Friday and it was none other than her costar from 31 years ago, Macaulay Culkin.

The actors, who both became super famous at a young age, shared the silver screen in the 1989 romantic comedy "See You In the Morning" and virtually reunited on the small screen for "The Drew Barrymore Show."

"That is when we first met and we played stepbrother and stepsister," Drew said to Macaulay after she brought up a picture of the cast, which included Jeff Bridges and Farrah Fawcett.

"And you haven't aged a bit since then," said Macaulay.

"Neither have you," Drew replied with a smile. "I'm so happy for you and your whole family, because right before we worked together, you went and did 'Home Alone.' And both of us went on to keep acting and living our lives. And I remember your family also being around the set. And you were a real family operation, which I really loved."

She then explained how she and the audience had just viewed a "great video" of Macauley's brother, Rory, watching her show with his cat.

"And he was telling us and me that he loves watching it," Drew continued. "And it meant so much to me. I love Rory and we got to be in the 'Scream' franchise together, and I love your brother Kieran. And you know, I really love yours and your brother's journey and that we've all got to be a part of it all of these years. And you've always been so kind. And I just think the world of you McCauley, you're such a cool cat."

"And by the way, you are the most talented, amazing actor," she added. "And it is just always such a pleasure to see you and watch you and know you all of these years."

Macauley returned the sentiment before Drew signed off with a big show of appreciation to the Culkin family.

"And thank you, McCauley," Drew said. "Thank you for being the big, big, big surprise on our show. I am honored truly."