“It was so surreal to me,” she explained.
Drew Barrymore is opening up about a “circle of life moment” she had with her daughter Frankie and director Steven Spielberg.
While appearing on Wednesday’s episode of “Jimmy Kimm… 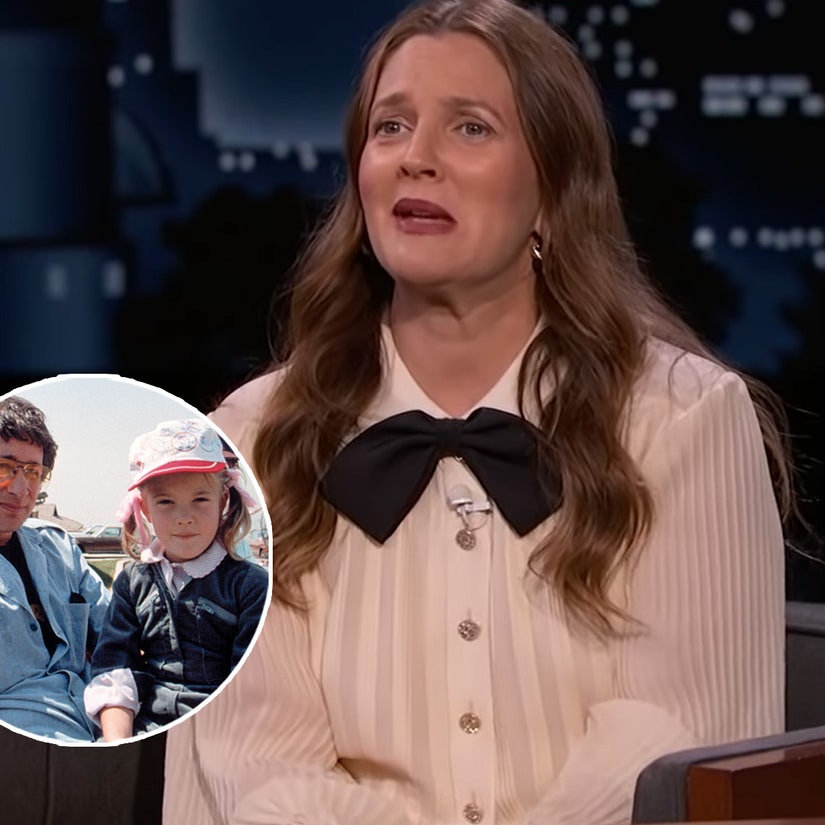 "It was so surreal to me," she explained.

Drew Barrymore is opening up about a "circle of life moment" she had with her daughter Frankie and director Steven Spielberg.

While appearing on Wednesday's episode of "Jimmy Kimmel Live," the actress recalled a recent dinner she shared with Spielberg, who had Frankie, 7, do a mini audition. And, according to Barrymore, the moment was "so surreal."

Barrymore, 46, began by describing her relationship with Spielberg, 74. "[He's] has been someone who is, you know, really kind of the first father figure I ever had and remained in my life as such. He calls me his first kid," she explained.

"He held Olive and Frankie when they were born, you know, he's just in my life and he's very important to me," she added.

After pointing out that Frankie is close to the same age she was when she shot Spielberg's "E.T.," Barrymore said that during the dinner, the Oscar-winning director asked Frankie to run a line. And it sounds like Barrymore may have passed down some of her acting talents to her youngest daughter.

"He said, 'Frankie, I want you to say this line: alligators in the sewers,'" Barrymore recalled. "And she did and then he looked at me [and] he's like, 'Yep, she's got it.'"

"It was so surreal to me to have that circle of life moment. It was so trippy," she continued. "It's so funny because I don't think about them being actors. If they want to do that when they're older, I support it fully, but it was a moment where I was like, 'I can't believe Steven's directing my daughter at the same age, this is just so surreal.'"

READ:  Some People Have All The Luck—Especially These 3 Zodiac Signs

The talk-show host -- who shares daughters Olive, 8, and Frankie, with ex-husband Will Kopelman -- said her daughters have seen some of her work, which they adorably call "mom movies," but have yet to watch "E.T."

"They love '50 First Dates' and 'Ever After,' but for some reason, they were just at the wrong ages for 'E.T.' They weren't in," Barrymore told Kimmel. "But I want to show them now and see if it was just an age thing or maybe they just don't like it."

"The Drew Barrymore Show" returns for a new season on September 13.