HBO’s new documentary Baby God tells the disturbing story of Dr. Quincy Fortier, a Las Vegas-based fertility doctor with a dark secret: instead of performing artificial insemination on his patients using their husbands’ sperm, he used his own without … 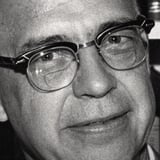 HBO's new documentary Baby God tells the disturbing story of Dr. Quincy Fortier, a Las Vegas-based fertility doctor with a dark secret: instead of performing artificial insemination on his patients using their husbands' sperm, he used his own without telling his patients, resulting in a web of medical deceit, betrayals, and over two dozen children who didn't even know the truth of their parentage. Even more disturbing? Fortier never had to face the consequences of his actions.

On two separate occasions, as reported by the Las Vegas Review Journal, Fortier settled out of court with women who accused him of deceiving them by using his own sperm in their artificial insemination procedures, resulting in children that they didn't know were fathered by Fortier. One of those cases was settled in 2001, the other in 2006. In both of them, court-ordered DNA tests proved that Fortier was the biological father of both women's children, and he wound up settling in confidential, out-of-court proceedings.

He later claimed that he had received verbal consent to use a "mix" during the procedure, rather than just the intended father's sperm, but his victims disputed this. Despite these cases, however, Fortier was never required to acknowledge any guilt or legal wrongdoing, and he even was able to keep his medical license for the rest of his life. The records from the cases were also sealed from public view, meaning that future patients were unable to see any of the information about the accusations lodged against Fortier.

As Baby God shows, there were many, many more of those "natural children" who were conceived through Fortier's medical fraud: 26 so far, with the possibility of more revelations in the future. The film also explores allegations made by his stepchildren, also reported in The Guardian, that he abused them, including a claim that he inseminated one of his stepdaughters with his own sperm and forcing her to go to a home for unmarried mothers. Despite all of this, he lived out his life relatively unscathed, dying in 2006, presumably from natural causes at the age of 94.