The pair got hitched when Dolly was only 20.
Dolly Parton is the consummate wisecracker, even when it comes down to discussing her husband Carl Thomas Dean.
During the latest “Table Manners with Jessie Ware” podcast, the … 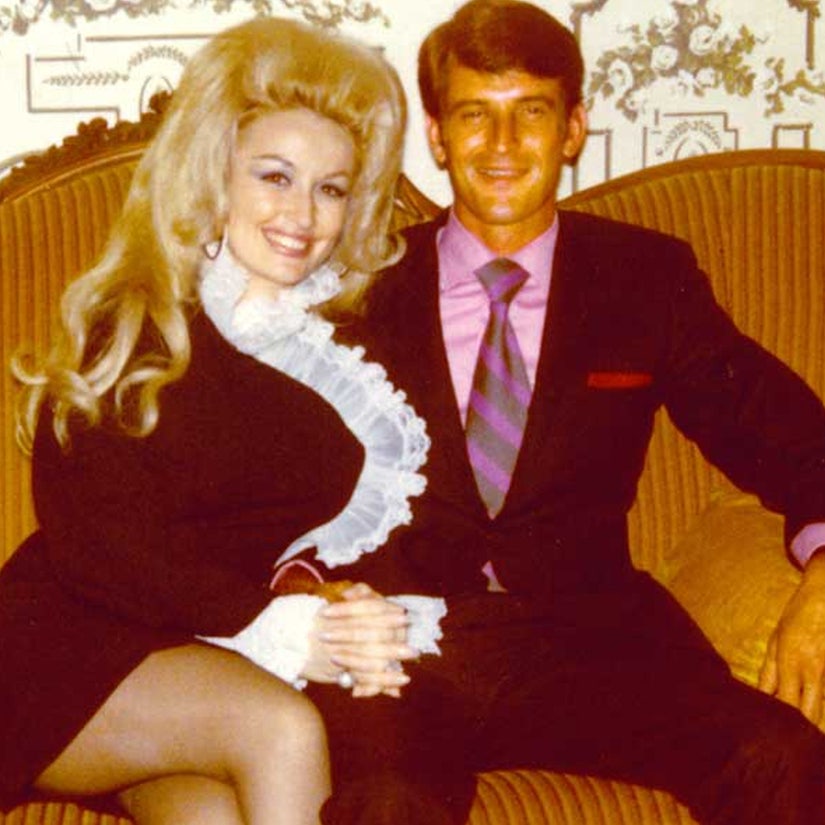 The pair got hitched when Dolly was only 20.

Dolly Parton is the consummate wisecracker, even when it comes down to discussing her husband Carl Thomas Dean.

During the latest "Table Manners with Jessie Ware" podcast, the legendary country music star, 74, got candid about her relationship with Dean, whom she married in Ringgold, Georgia when she was only 20.

"My husband and I have been together for 57 years and married for 54, and I'm sick of him and I'm sure he's sick of me," the "I Will Always Love You" singer quipped.

Dean, who is retired after owning an asphalt laying company, kept himself out of the spotlight for most of Dolly's career, reportedly only seeing her perform once. Although the couple never had children, family is still important to both of them.

"I've always had my family around me," Dolly explained. "[Carl] loves them all and they love him. But, no, he's from a very small family." She went on to say that Carl had only 2 siblings growing up, so he "kinda had to get used to" her big family, which included 10 of her own siblings.

During the podcast, the host, Jessie, also asked Dolly to recite one of her more famous lines about her vices, which the "Jolene" singer gladly obliged.

"My weaknesses have always been men, sex and food and not necessarily in that order."

Meanwhile, Dolly recently spoke out about aging and why she doesn't think she'll look much different in the future.

"I don't think about my life in terms of numbers," she said during an episode of Apple TV+'s "The Oprah Conversation." "First of all, I ain't never gonna be old because I ain't got time to be old. I can't stop long enough to grow old. I'm just going to be the best I can be at whatever age I am."

"I bet you I won't look much different when I'm 95, if I live that long, because I'm like the Gabor sisters," she continued. "I'm gonna look like a cartoon. I'll have on the makeup. I'll look as young as my plastic surgeons will allow me and [with] all the makeup and lighting and all that."

"I think more than anything, it's about what comes from inside you," she added. "It's an attitude and you gotta shine from within. Sometimes, that can make you feel young and make you seem young to other people."