Tommy Kirk, the actor known for playing Travis Coates in Old Yeller and several other Disney films, was found dead in his Las Vegas home Tuesday. He was 79.Kirk’s longtime friend Paul Petersen II posted the news on Facebook, writing, “Please know that …

Tommy Kirk, the actor known for playing Travis Coates in Old Yeller and several other Disney films, was found dead in his Las Vegas home Tuesday. He was 79.

Kirk was born in Louisville, Kentucky in 1941 and grew up in Los Angeles County. He began acting as a teenager, and appeared in a play at the Pasadena Playhouse, where he was discovered by an agent who helped him to make his screen debut in The Last of the Old Time Shooting Sheriffs, a 1955 episode of TV Reader's Digest.

From there, he appeared in episodes of several TV series including The Loretta Young Show and Gunsmoke. His profile rose when he began to play the role of Joe Hardy in the Hardy Boys series The Mystery of the Applegate Treasure and The Mystery of the Ghost Farm. In 1957, he was cast in Old Yeller, the Disney classic about a boy and his dog. The film's success led to many more Disney roles for him. Notably, he played Wilby in The Shaggy Dog, Ernst in Swiss Family Robinson, and Biff Hawk in The Absent Minded Professor and its sequel, Son of Flubber.

One of Kirk's last big Disney roles was The Misadventures of Merlin Jones, which was released in 1964. During the production, while he was 21, he began seeing a 15-year-old boy, according to interviews with Kirk. Upon finding out Kirk was gay, Disney chose not to renew his contract.

He then moved to American International Pictures and starred opposite Annette Funicello in Pajama Party, which succeeded at the box office, leading to another AIP role in How to Stuff a Wild Bikini. Meanwhile, Disney invited him back for one more film, The Monkey's Uncle, a sequel to The Misadventures of Merlin Jones in response to the success of the first movie. 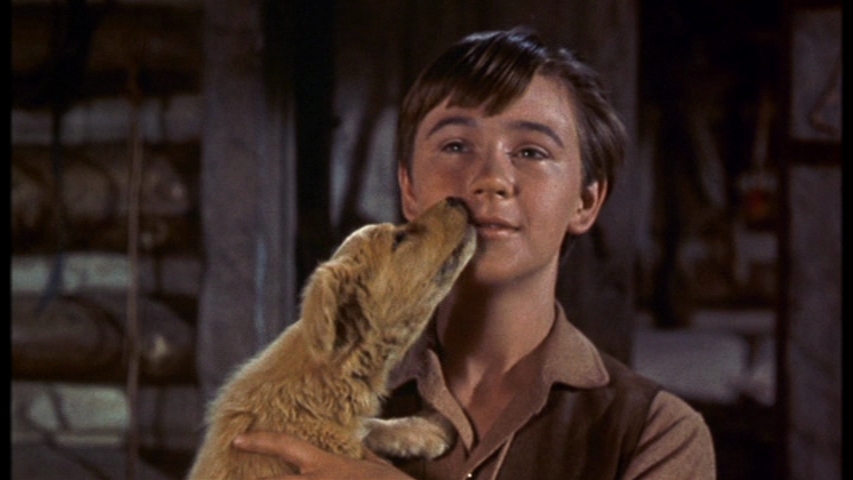 In 1964, Kirk was arrested on a marijuana charge and was also found to have barbiturates in his car, though the barbiturates were later found to have been prescribed by a doctor. Still, these incidents caused studios to replace him in several of his upcoming roles including How to Stuff a Wild Bikini.

Kirk publicly came out as gay in 1973. He also decided to end his acting career and admitted to having struggled with drug abuse, which he spoke on throughout the rest of his life, saying he didn't blame studios for not wanting to work with him.

According to a statement from Disney, when he received the Disney Legends award in 2006, he said, "I want to be remembered for my Disney work, like Swiss Family Robinson and Old Yeller." He also recalled bumping into Walt Disney at a Beverly Hills hotel: "He was with Hedda Hopper, the legendary columnist. He put his arm around me, and he said, 'This is my good-luck piece here,' to Hedda Hopper. I never forgot that. That's the nicest compliment he ever gave me."

"Tommy was gay and estranged from what remains of his blood-family. We in A Minor Consideration [a non-profit] supporting past and present young performers] are Tommy's family. Without apology. We will take care of this," Peterson said in his post.

READ:  Chris Harrison Is Officially OUT On Bachelor In Paradise -- To Be Replaced By THIS GUY?!

To Kirk's fans, he added, "You lifted him up when an industry let him down in 1965. He was not bitter. His church comforted him. May God have mercy on his soul."