Here’s the real teenager who inspired the “Dear Evan Hansen” movie and musical.

Dear Evan Hansen opened on Broadway in July 2015 and followed Evan Hansen, a high school student with social anxiety, whose encouragement letter to himself is mistaken as a final note from his high school bully, Connor Muphy, who committed suicide. The musical continues with Evan being mistaken by everyone—including Connor’s parents and sisters—as Connor’s secret best friend before the truth is revealed that he didn’t know Connor well at all. The Broadway musical went on to win six Tony awards including Best Musical and Best Performance by a Leading Actor in a Musical for star Ben Platt.

Platt reprised his role as Evan Hansen in the 2021 movie adaptation of the musical, which also starred Amy Adams, Julianne Moore, Kaitlyn Dever and Amandla Stenberg. In an interview with Entertainment Weekly, Platt revealed that the movie version of Dear Evan Hansen features a slightly different ending than musical. For me, the most exciting change is the third act of the film. In the [stage] musical, there’s very little closure once Evan confesses to the family. He doesn’t have to repent in any real way. We get a sense that he is going to in the future, which obviously makes the musical work in the end, but we don’t get to see really what that means,” he said.

He continued, “I don’t want to give too much away, but there’s a whole section in the film where Evan gets to come clean in a meaningful way and go to work to try to make some good based on what he’s done and what he’s left in his wake, trying to help the family heal in a more healthy way. It ends up being a really, really beautiful, really moving part of the film. That was the part that really got me because it was new.” 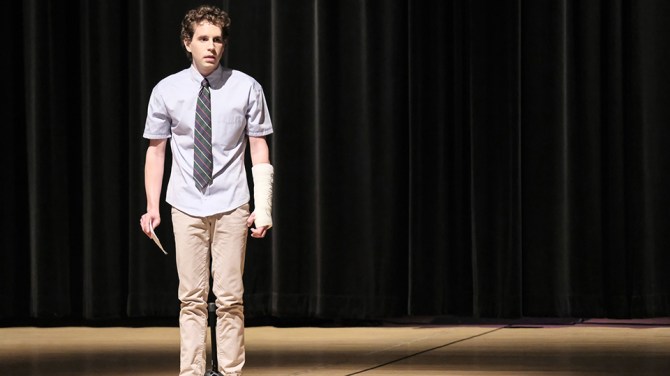 So…is Dear Evan Hansen a true story? The answer yes. At an event at New York Comic Con in 2019, Stacey Mindich, who produced the Dear Evan Hansen musical, revealed that the story is based on the experience of the show’s lyricist Benj Pasek and his high school’s reaction to a classmate who died of a drug overdose. “A student in [Pasek’s] class died tragically of a drug overdose. It was someone who had been sort of a loner, didn’t have a lot of friends or status at school, but suddenly in the wake the death, Benj watched as everyone wanted to claim that they had been friends with him and claim that they had been a part of this person’s life,” Mindich said.

Steven Lenson, who wrote the musical, also explained that the show’s focus on social media came from early discussions with the writing team. “We all [noticed] a really fascinating, bizarre phenomenon of public grieving [on social media]. Whenever a celebrity would die or something really tragic would happen, there was this outpouring online of people kind of making it about themselves,” he said.

In a 2015 interview with The Washington Post, Pasek, who co-wrote the music and lyrics of the musical with Justin Paul, explained that the show was based on the “emanates from a traumatic event” at a high school Pasek attended in the suburbs of Philadelphia. While that event was the inspiration, Pasek told The Toronto Guardian that the rest of the musical is fictional.  “This show started as a seed, and we never thought it would grow into anything more than that,” he said. “The show talks about the complicated nature of when you’re not always so truthful. But it grew to something we did not expect.” 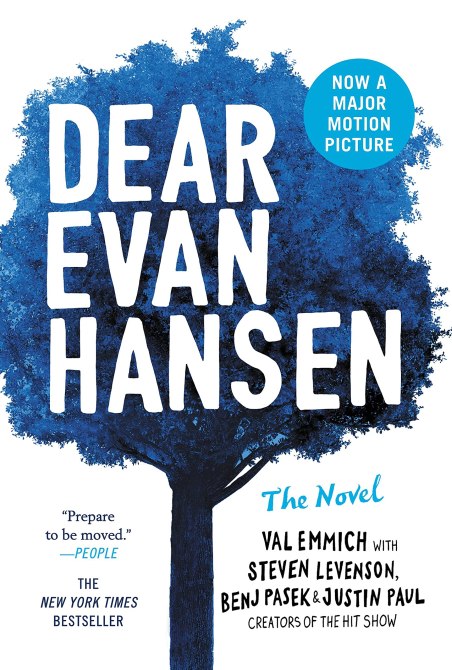 For more about Dear Evan Hansen, read the Dear Evan Hansen book by Val Emmich. The bestselling novel, which was published in 2018, is inspired by the Broadway musical and follows the same story of Evan Hansen, a high school senior with social anxiety, who finds himself in a dilemma after he unintentionally lies that Connor Murphy, a classmate who commited suicide, was his secret best friend. For those who love the Dear Evan Hansen musical and movie, the book is an even deeper dive into Evan’s coming-of-age story and the decisions that lead him to why he lied about Connor and what happened next.