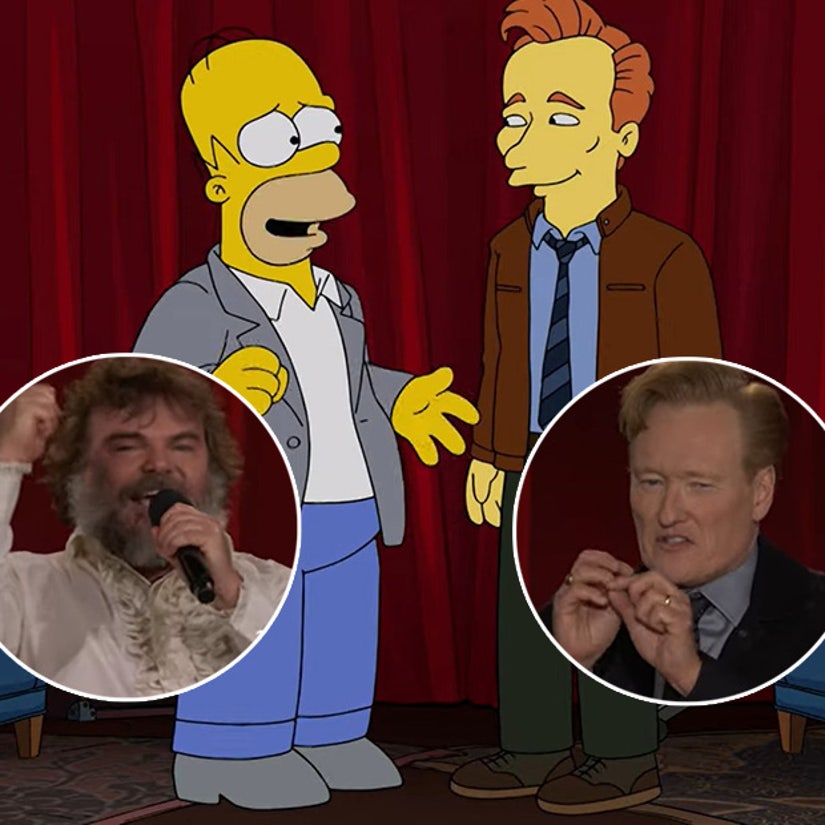 After 28 years in late-night television across three shows and two networks, Conan O'Brien is heading to HBO Max for a new variety series.

After nearly three decades in late-night, Conan O'Brien handed over the crown of longest-tenured host in late-night television (next up is Jimmy Kimmel) with the final episode of "Conan" on TBS.

Will Ferrell was on-stage with Conan for the final episodes of both his "Late Night" and "Tonight Show" runs, but he wasn't available for this one. Nevertheless, he did call in via Zoom with well-wishes for Conan.

"I love you Conan, but if you don’t mind, can I just pre-tape a few goodbyes and you can just use them when your next several shows flame out?" he joked. "We can just get it out of the way." And then he did just that, including one for O'Brien's upcoming variety show for HBO Max.

While Ferrell couldn't be there in person, Jack Black was a solid substitute, ready to give an incredible farewell performance. But apparently -- and Conan joked this somehow felt very appropriate for his show -- Jack injured himself yesterday in dress rehearsal and they had to scrap the whole thing.

But that wasn't going to stop Jack from doing something epic. Even with a boot on, he managed an original, heartfelt, and brutally funny farewell moment for "Cone."

While Jack wasn't Conan's first or last guest, he was nevertheless a meaningful and poignant choice for this final episode, as Conan was his first-ever talk show experience back when his career was just blowing up.

But before we could get into all that, there was the simple matter of Conan's exit interview. Considering his time as a writer on "The Simpsons" really helped shape his career and hone his comedic sensibilities -- delivering some of the show's now-classic episodes -- it makes sense it was Homer Simpson.

The segment was produced and animated by the crew over at "The Simpsons," which was an emotional homecoming for Conan. "I started working with them 31 years ago," Conan shared. "After all these years, to be in a recording session with Al Jean, James L. Brooks and Matt Groening… That gave me goosebumps."

Unfortunately, Homer didn't seem nearly as impressed to be conducting the interview. He ripped on Conan's classic monorail episode ("What a stupid idea that was.") and then ripped Conan's entire career with one statement.

Conan asked him if he had a favorite episode, and Homer said, "There was this time you had an actor on and he was promoting a movie and you asked him if there was any wacky stuff that happened on the set, so he told you this mildly interesting anecdote. And then Andy [Richter] pretended to fall asleep halfway through."

"Okay, Homer, you just described all of the shows I've ever done," said Conan. He then shared with Homer a "secret" connection the two of them share, to which Homer could only say, "It's beautiful," before sharing an animated embrace.

While Jack couldn't be as animated as he wanted to, he nevertheless managed to serve up an incredible farewell for Conan's late-night career. In fact, the story of how their final staged performance went wrong, causing Jack to roll his ankle, was probably at least as entertaining as the bit itself would have been.

"Of course, we would think of a bit with Jack where Jack pretends to get hurt and whilst shooting it, Jack gets hurt," Conan lamented.

He then shared a hilarious anecdote of them shouting to the on-scene ambulance drivers only to be reminded that they're just actors (you know, for the bit) ... and the ambulance was a prop.

"Johnny would have had Jack shot," Andy quipped. "That's just how they did it."

Jack had words of praise and appreciation for both Conan and Andy -- telling the latter he has the quickest and sharpest wit in late-night -- and then a surprise. Bette Midler brought Johnny Carson to tears with a beautiful farewell performance, but did she rewrite "My Way" and leave her target in stitches? No. She did not.

Conan had his own sweet words for Andy Richter, who has been by his side since his premiere on "Late Night" in 1993. "In another era, a sidekick was someone who sat next to a host and laughed along and just sort of supported them," he said. "They were great in their way, they all had their special skills."

When it was originally announced Conan would have a sidekick, many thought the idea a relic of a different time. But Conan had another thought. "I never said to Andy, you know, give me room, you can't get the laugh, I've gotta get the laugh," he said. "The rule was always, if you think of the funniest thing, just say it and that'll get us out."

"You did it a hundred thousand times," he told Andy before the two embraced.

As Andy was getting emotional over the audience chanting his name, Conan jokingly chastised him, "It would have been nice if you fake-laughed once."

READ:  Nick Jonas SNL Sketches Ranked: Cinderella, Dionne Warwick and How to Get a Vaccine

"Oh, I did. I did!" Andy insisted, to raucous laughter.

Conan thanked people from his crew and throughout his career, with special love for Lorne Michaels, who believed in him and urged NBC to take a chance on him, and Lisa Kudrow, who he credits with taking him into taking the gig.

"I'll just close with this one thought," he said at the end of the show. "I have devoted all of my adult life, all of it, to pursuing this strange phantom intersection between smart and stupid. There's a lot of people that believe that they cannot co-exist, but god -- I will tell you, it is something I believe religiously -- I think when smart and stupid come together-- It's very difficult, but when you can make it happen, I think it's the most beautiful thing in the world."

"I am so grateful to all my staff and to the fans in this country and around the world who have joined me in this really crazy and seemingly pointless pursuit to do things that are kind of stupid but have something smart in there somewhere and then there's a little, tiny sort of flicker of what is a kind of a magic, I think," he continued. "That's what I believe."