Emmy and Tony-winning actress Cicely Tyson, who distinguished herself in theatre, film and television, died on Thursday afternoon. She was 96.

"I have managed Miss Tyson's career for over 40 years, and each year was a privilege and blessing," her manager, Larry Thompson, said in a statement. "Cicely thought of her new memoir as a Christmas tree decorated with all the ornaments of her personal and professional life. Today she placed the last ornament, a Star, on top of the tree."

Her memoir Just As I Am was published on Tuesday. 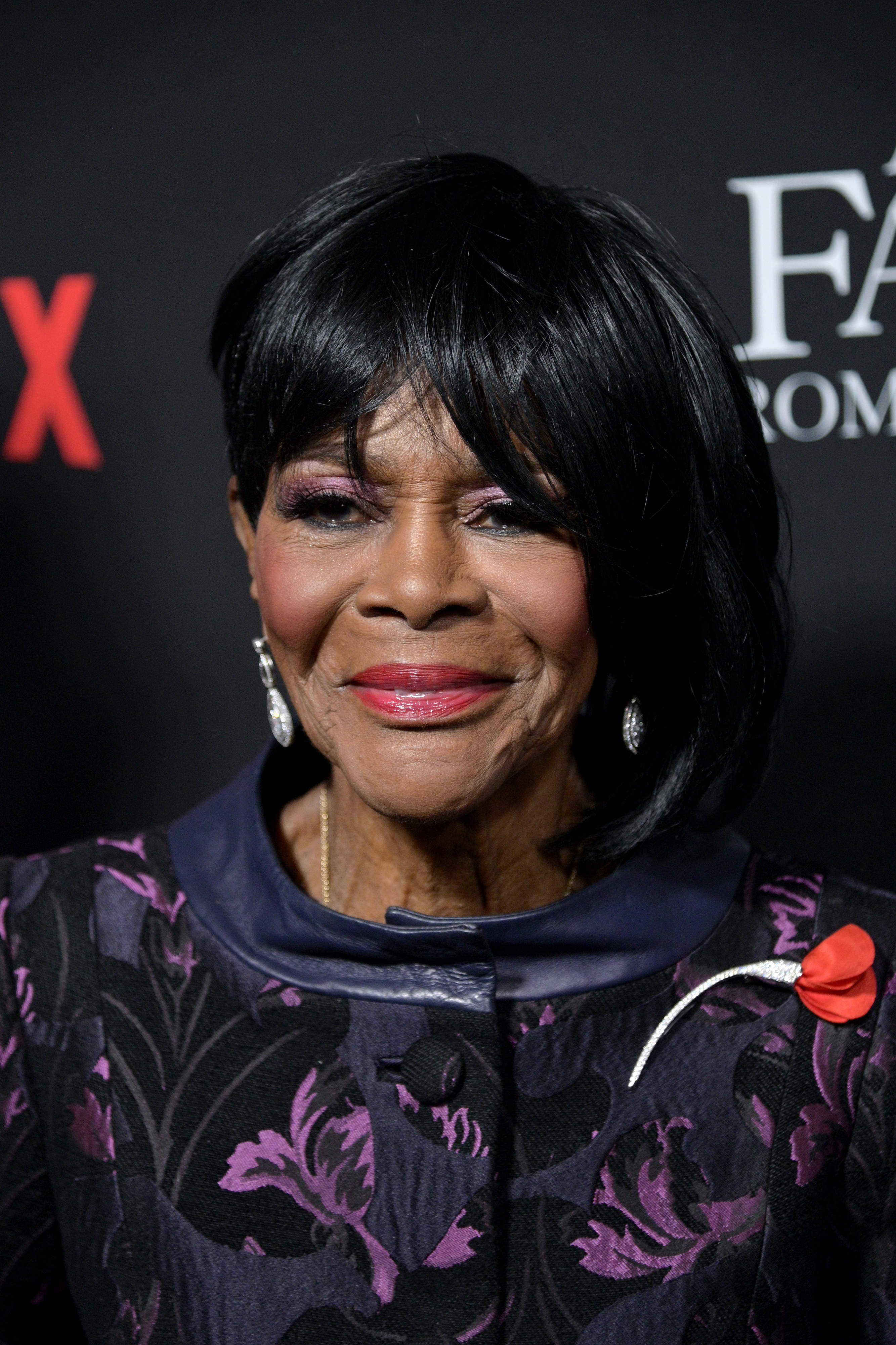 Tyson made her film debut with a small role in 1957's Twelve Angry Men and her formal debut in the 1959 Sidney Poitier film Odds Against Tomorrow, followed by The Comedians, The Last Angry Man, A Man Called Adam and The Heart Is a Lonely Hunter.

Refusing to participate in the blaxploitation movies that became popular in the late '60s, she waited until 1972 to return to the screen in the drama Sounder, which captured several Oscar nominations including one for Tyson as Best Actress.

Tyson received an Oscar nomination in 1973 for Martin Ritt's drama Sounder and an Honorary Oscar in 2018. 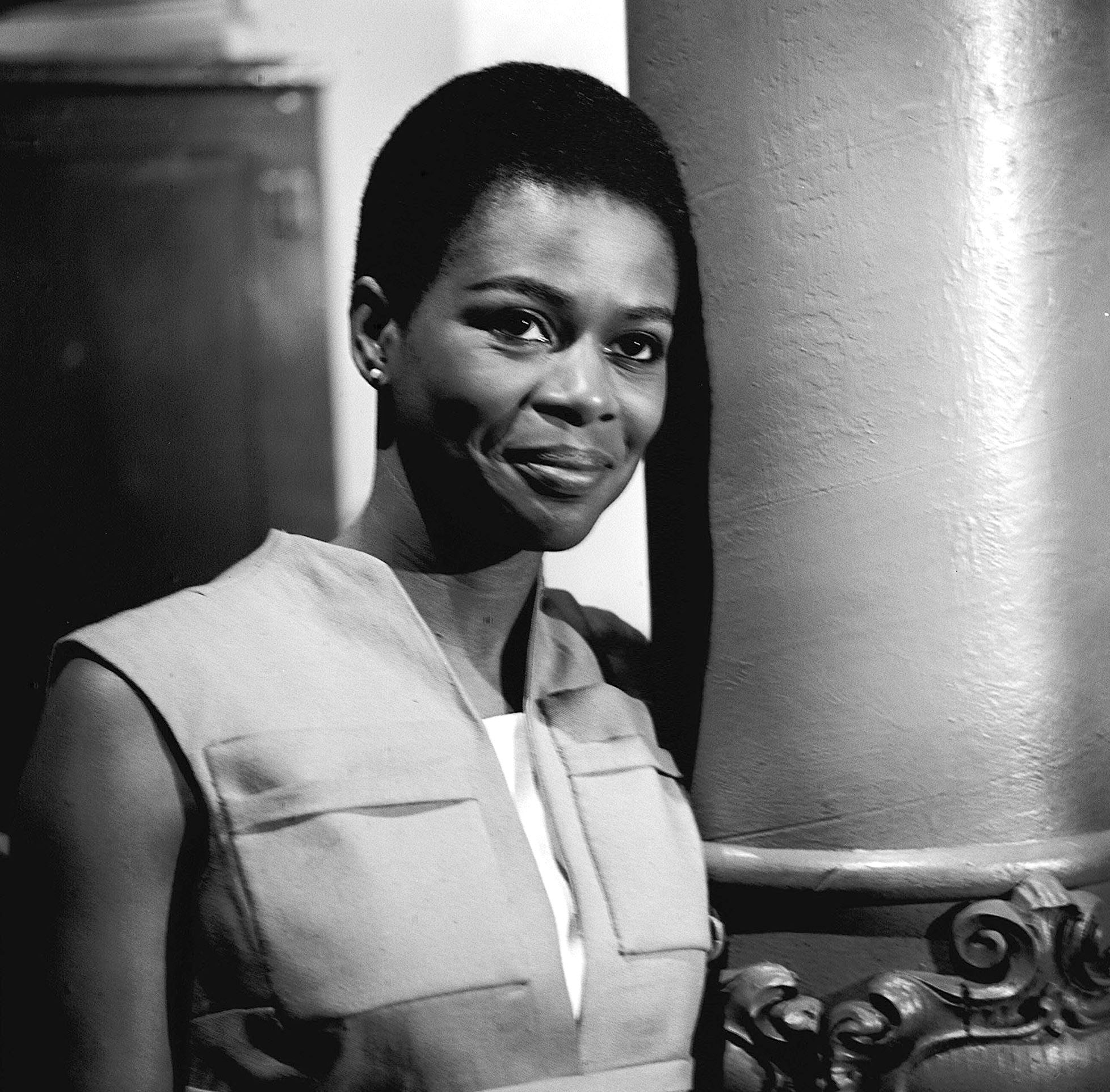 Variety reviewer A.D. Murphy enthused that the film was "outstanding" and added, "The performances of Paul Winfield and Cicely Tyson, as the devoted though impoverished parents, are milestones in their own careers."

Despite her achievements onstage and in films, however, much of the actress's best work was done for television. In addition to Miss Jane Pittman, she did outstanding work in Roots, The Wilma Rudolph Story, King: The Martin Luther King Story, When No One Would Listen, A Woman Called Moses, The Marva Collins Story, The Women of Brewster Place, The Oldest Living Confederate Widow Tells All and the TV adaptation of Trip to Bountiful.

Throughout her career Tyson refused to play drug addicts, prostitutes or maids, roles she thought demeaning to Black women. But when a good part came along she grabbed hold of it with tenacity.

Onstage she was in the original 1961 Off-Broadway production of Jean Genet's The Blacks and, decades later, she won a Tony for her starring role in a revival of The Trip to Bountiful. 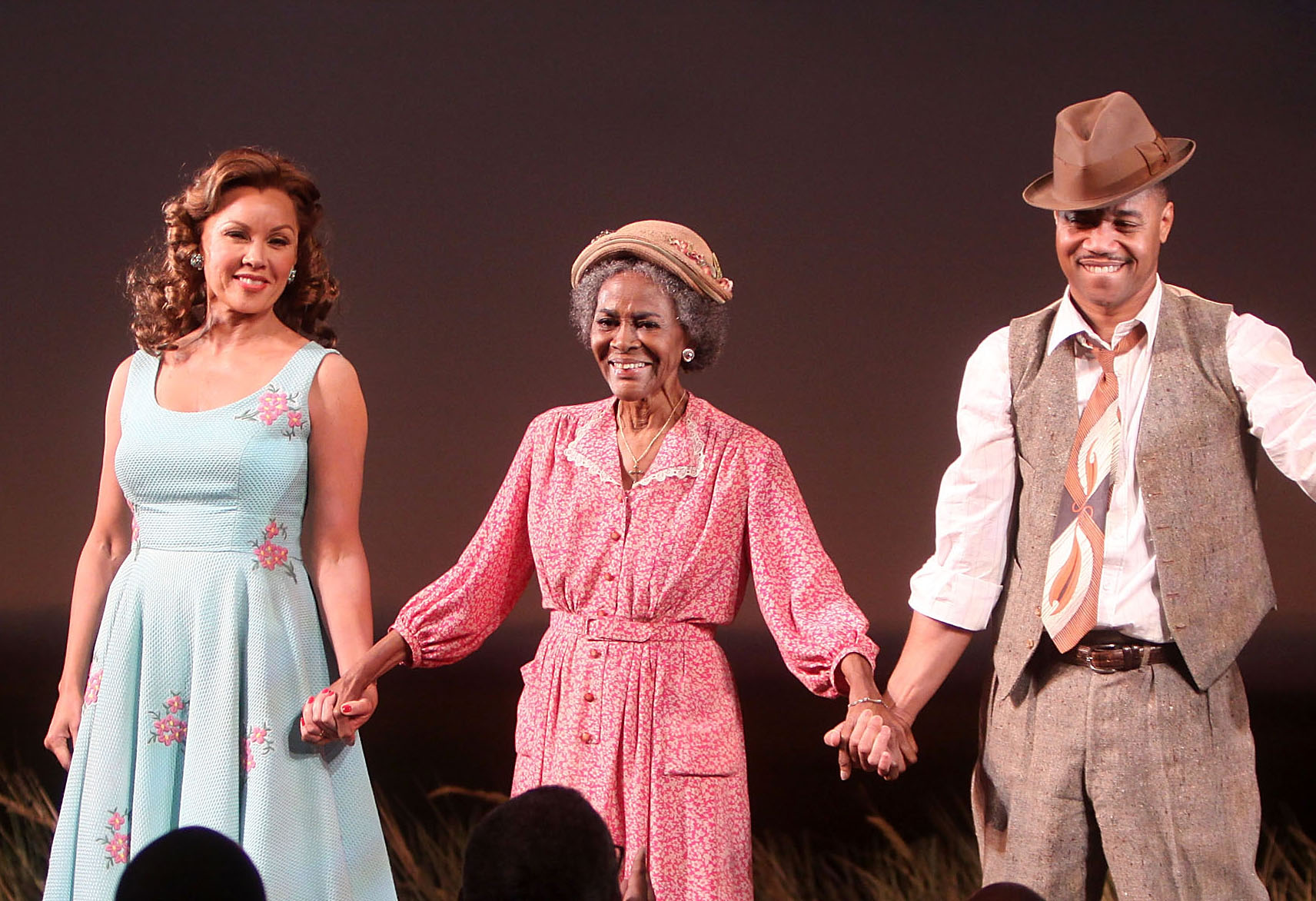 In television, she nabbed the first recurring role for a Black woman in a drama series, East Side/West Side, and the actress later won two much-deserved Emmys for 1974's memorable The Autobiography of Miss Jane Pittman.

She was nominated a total of 16 times in her career, also winning for supporting actress, in 1994 for an adaptation of Oldest Living Confederate Widow Tells All; she was nominated five times for guest actress in a drama for How to Get Away With Murder.

The actress became a household name thanks to her starring role in Miss Jane Pittman. The TV movie, in which a 110-year-old woman recalls her life, required her to portray the heroine over a nine-decade period. Writing about Tyson's performance, Pauline Kael compared her "to the highest, because that's the comparison she invites and has earned."

She remained an occasional presence on the big screen as well in films including A Hero Ain't Nothin' But a Sandwich, Richard Pryor comedy Bustin' Loose, Fried Green Tomatoes and Hoodlum.

Tyson returned to Broadway in 1983 to star in a brief revival of The Corn Is Green. 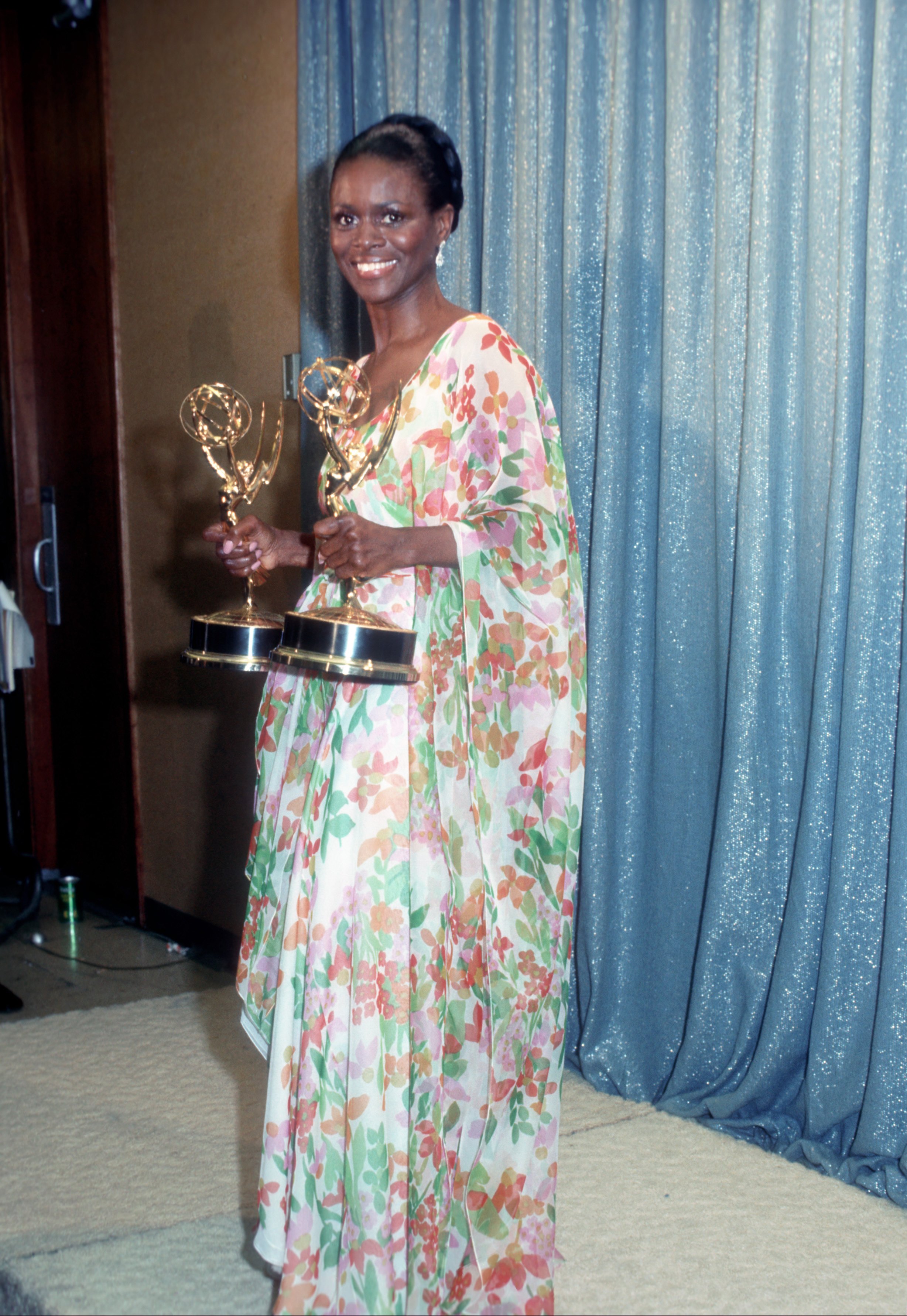 On television she also appeared in the title role of Ms. Scrooge, a gender-reversed adaptation of Charles Dickens, as well as telepics including Benny's Place, Playing With Fire, Acceptable Risks, Heat Wave, Duplicates, A Lesson Before Dying and The Rosa Parks Story.

In 1994-95 she played a Southern attorney in NBC's brief, civil rights-themed legal drama Sweet Justice, and she appeared in a 2009 episode of Law and Order: SVU.

In her 70s, Tyson worked more in film than at any other time in her career, thanks in part to Tyler Perry: She appeared in his films Diary of a Mad Black Woman (2005), Madea's Family Reunion (2006) and Why Did I Get Married Too? (2010) as well as in the 2012 Perry starrer Alex Cross, which he did not direct. The actress also had supporting roles in Because of Winn-Dixie, Fat Rose and Squeaky, Idlewild and 2011's The Help.

And capping an already-impressive career, Tyson won the Tony for best actress for her role as Carrie Watts in the 2013 revival of A Trip to Bountiful, then repeated the performance in a 2014 Lifetime TV adaptation. 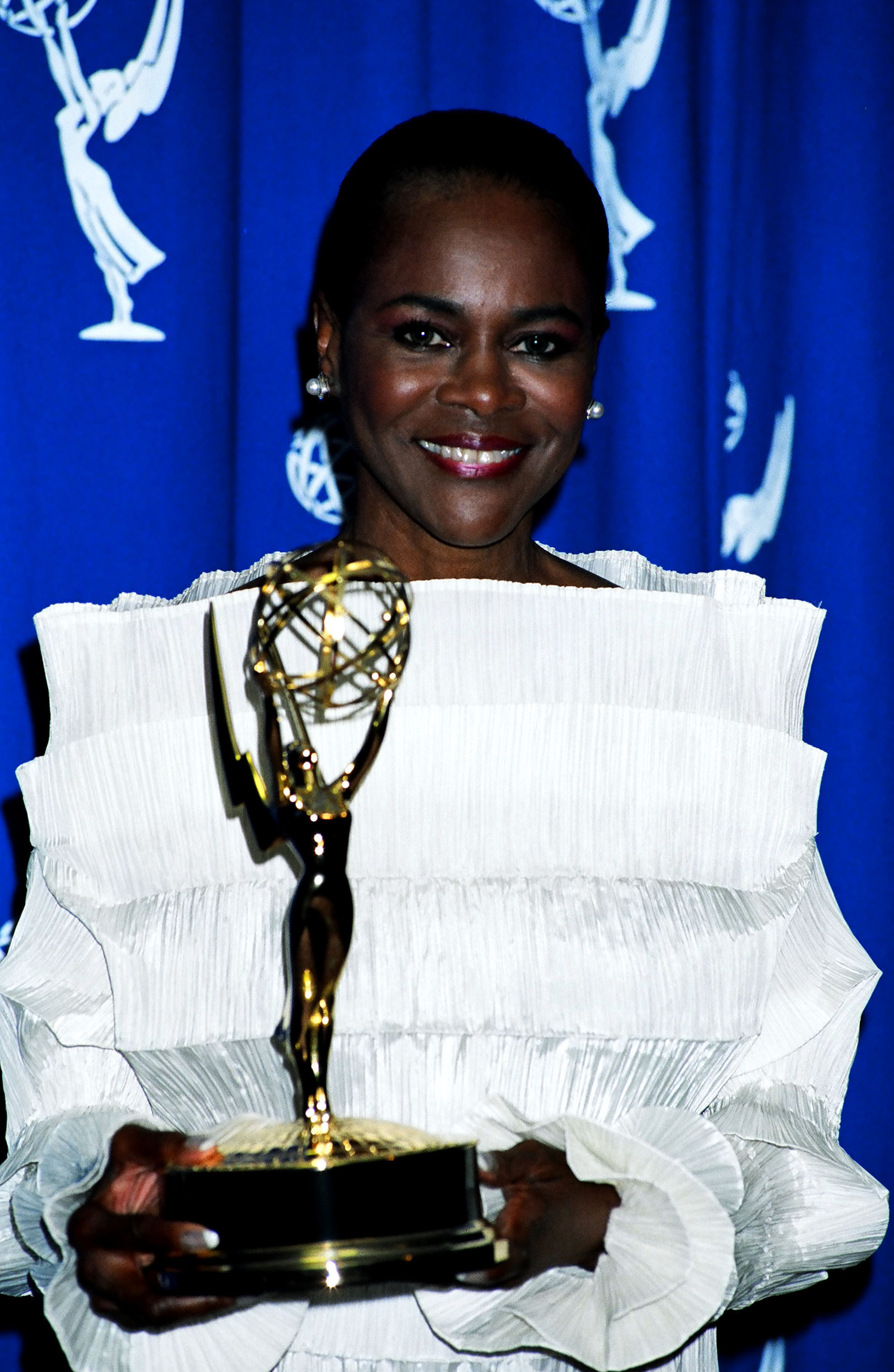 Born in East Harlem to West Indian immigrant parents, Tyson rose from humble beginnings. After graduating from high school she worked as a secretary for the American Red Cross before becoming a model; at the top of her game she appeared in Vogue and Harper's Bazaar. She studied at the Actors Studio and with Lloyd Richards and Vinnette Carroll, who featured Tyson as Barbara Allen in a 1959 Off Broadway revival of the musical The Dark of the Moon. She segued into the variety show Talent '59 on Broadway and appeared in a production of Jolly's Progress in which she also understudied Eartha Kitt, before a role in The Blacks ignited her stage career.

In 1961 Tyson was one of the original cast members in The Blacks, which ran for two years at the St. Mark's Playhouse. Her co-stars included Roscoe Lee Browne, James Earl Jones, Godfrey Cambridge and Raymond St. Jacques. The role of Virtue won her the Vernon Rice Award, a feat she repeated for the 1962 production of Moon on a Rainbow Shawl. She starred with Diana Sands in the 1963 Broadway production of Tiger, Tiger Burning Bright, which closed during a newspaper strike, and later that year appeared Off Broadway in The Blue Boy in Black with Billy Dee Williams. She moved on to Carroll's musical Trumpets of the Lord (she also appeared in the 1968 Broadway staging) as well as the 1966 production of A Hand Is at the Gate, the 1968 play Carry Me Back to Morningside Heights and the 1969 program of Lorraine Hansberry readings To Be Young, Gifted and Black.

Tyson was also one of the founding members of the Dance Theater of Harlem in 1969. 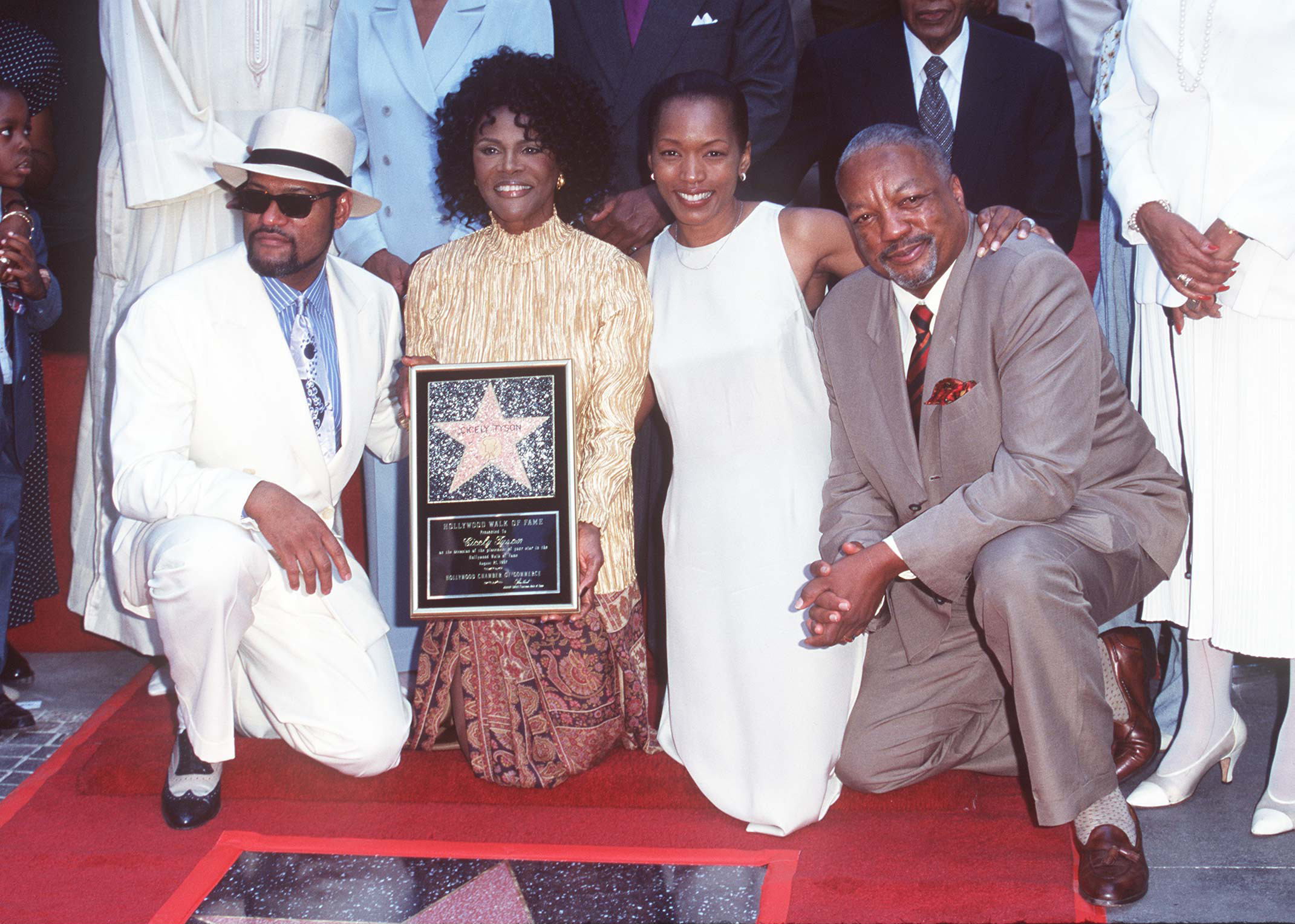 Interspersed with her stage gigs, Tyson appeared in a number of television shows, including a dramatic presentation of Brown Girl, Brown Stones in 1960 and Between Yesterday and Today. East Side/West Side star George C. Scott, having been impressed by her performance in The Blacks, asked for her to play his assistant in the 1963 CBS series. Though the show lasted only 26 episodes, it increased her visibility, and she followed it with appearances on shows including Naked City, The Nurses, I Spy, Slattery's People and The Bill Cosby Show.

Tyson was active in charity and arts organizations including Urban Gateways, the Human Family Institute and the American Film Institute. She received awards from the National Council of Negro Women and the NAACP as well as the Capitol Press Award.

The actress was one of 25 Black women honoured for their contributions to art, entertainment and civil rights as part of Oprah Winfrey's 2005 Legends Ball.

Tyson remained feisty even as she reached 90. She criticized an upcoming remake of Roots as unnecessary and, in a speech at the Grace Awards, where Tyson received a lifetime achievement award from the Alliance for Women in Media in May 2015, the actress recounted being asked, "Now that you have made it, what else are you going to do?," to which she responded, "'My dear, the day I feel that I have made it, I am finished."'