Romano also shared her regrets, what’s she’s learned and where she stands, financially, now.
Christy Carlson Romano is taking a look back at her financial journey.
The “Even Stevens” alum posted a video to her YouTube cha… 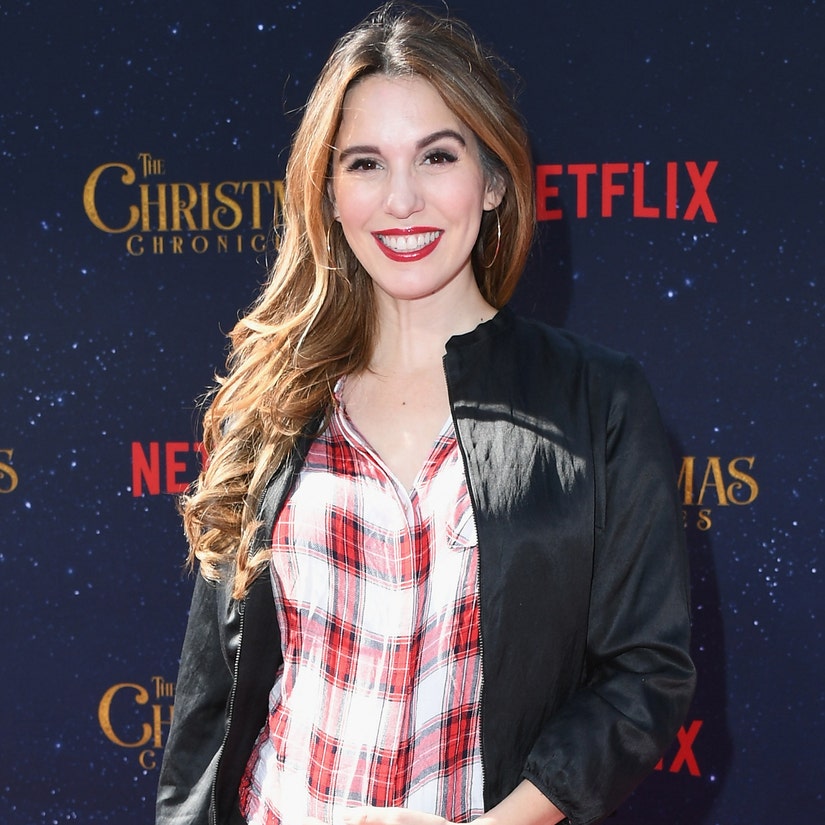 Christy Carlson Romano is taking a look back at her financial journey.

The "Even Stevens" alum posted a video to her YouTube channel this week titled, "How I Lost All My Money," in which she recalled how she "lost millions of dollars" she had earned from her time on the Disney Channel.

Romano, 37, also shared what she has learned and where she stands now.

"This is how I blew all my Disney money," she began in the 10-minute video. "I started making money with Disney when I was 16 and there's a law, called the Coogan law, that protects minors from their parents spending all their money. That's not exactly what happened to me, but I will take you on a journey to my path of financial fluency and how I made and lost millions of dollars."

"I really regret not investing my money wisely," Romano continued. "I didn't get a house. I didn't take any money and store it away other than the Coogan money. That money I used towards going to college at 18. I left the business and I went into college and I took a lot of that money and put it towards not having student loan debt. That was smart, sure, except that I left school a year and a half in and then I had this money at my disposal."

"I was never told how much money I was making," she added, admitting that "money didn't have a purpose" for her. "I didn't really know what it was. I just knew that I had it and I didn't care about it. That's a problem. You got to teach kids the value of each single dollar that they make, everything that they do, the energy that it brings to their life and what it takes to make that dollar. It's a relationship that you have to do it."

Romano said she "wasn't really fluent in how to care of" her finances and "decided to part ways" with her family for "like a year" when she was 21, noting that she "didn't like the way that [her] money was being managed."

"It was a sad year for me, but it was also an interesting year. You know, I started to understand that I had a certain amount of money and that made me feel super confident," she recalled, adding that at the time, "People were telling me I wasn't good enough."

Romano said in order to "feel better" about herself and "accepted," she would "buy really big ticket items."

"I was using buying things and money as a weapon," she shared. "I felt like if I could just buy certain things, I would feel better or if I just lived a certain lifestyle, I would be closer to that joy of feeling accepted and a lot less alone because I felt really dumb for not knowing about my money and I never really made peace with that. Even to this day, there's nothing I can really do about the fact that money came and went."

The "Cadet Kelly" star added that her "biggest regret" involved a psychic who "managed to get a bunch of money" from her, nothing that she'll "definitely talk about that another time." Romano went on to reveal that one of her "crazy purchases" was Mercedes G-Wagon, saying that she felt like she "just needed to have it." She also shared that she spent money on repairing her uncle's 1972 Corvette, which she admitted she "never even drove."

"I mean, you think you have this extravagant life and then real life hits you in the face," she explained, later adding, "I was not being taught how to manage my money. For example, when I was 21, I had a record deal. I had a book deal. And in that year I made just about a million dollars. And in that same year, I spent it."

Fortunately, Romano said she eventually went back to school and got her degree. The "Deadly Daycare" star went on to detail what she ultimately learned from her experience with losing all of her Disney money. "There's no purpose in fretting about the past," she said. "Everything that happens to us has to be a lesson that we can grow from."

"Maybe I am somebody that's wanting to open up to you so that you can learn from me. But I will say invest that money in ways that matter," she added. "The tricky thing is that when you're young, you need to be taught the difference between an asset and liability. So a dollar can either make you more money or you're just giving it away. And so when those numbers started to go down, I felt like I needed to, like, just perform. And then the joy of performing got taken because all I wanted to do was make more money. And so yeah, I mean it very easily becomes about making money for you."

The mother of two said she "did a lot of movies [she] didn't want to do," one of which included a nude scene. "I had never thought in a million years that I would ever do something like [that]."

"I was America's sweetheart, morally sound in my mind," Romano explained. "I believed in the Disney magic, I still do. And then I felt so exploited and marked and horrible. So obviously I'm okay now, okay? I promise you I'm okay. I have made peace with this, but there are some realities that come to play. The truth is, is that I did [that] movie for the money because I was desperate to feel that feeling that I had when I was making tons of money and everything was okay."

READ:  The Wait For The Kissing Booth 3 Is Almost Over! Netflix Has Finally Given It a Release Date

She continued, "I think over time the value of money and the influence it had over me, it just got more and more complicated and it shouldn't be complicated. Money should be very, very simple."

As for where she stands financially today, Romano said, "I am not a millionaire in any way, shape or form," referencing how the Internet said she's has a net worth of $3 million. "I am just a mom monetizing my channel, doing sponsored content, having fun working when I can. ... You really never know what's going on behind the scenes. If you're having a hard time, know that I have had a hard time too."

She concluded by sharing some advice for her followers, saying, "I really think you should have goals for what you want to do. ... Build small and make sure that you're doing things that are smart and that can make you money, not break you. ... And enjoy the things that are not expensive."