Christopher Plummer, the Canadian-born Shakespearean actor who starred in films including The Sound of Music and Beginners, died on Friday morning at his home in Connecticut. He was 91.”Chris was an extraordinary man who deeply loved and respected his …

Christopher Plummer, the Canadian-born Shakespearean actor who starred in films including The Sound of Music and Beginners, died on Friday morning at his home in Connecticut. He was 91.

"Chris was an extraordinary man who deeply loved and respected his profession with great old fashion manners, self deprecating humour and the music of words," said Lou Pitt, his longtime friend and manager of 46 years.

"He was a national treasure who deeply relished his Canadian roots. Through his art and humanity, he touched all of our hearts and his legendary life will endure for all generations to come. He will forever be with us." 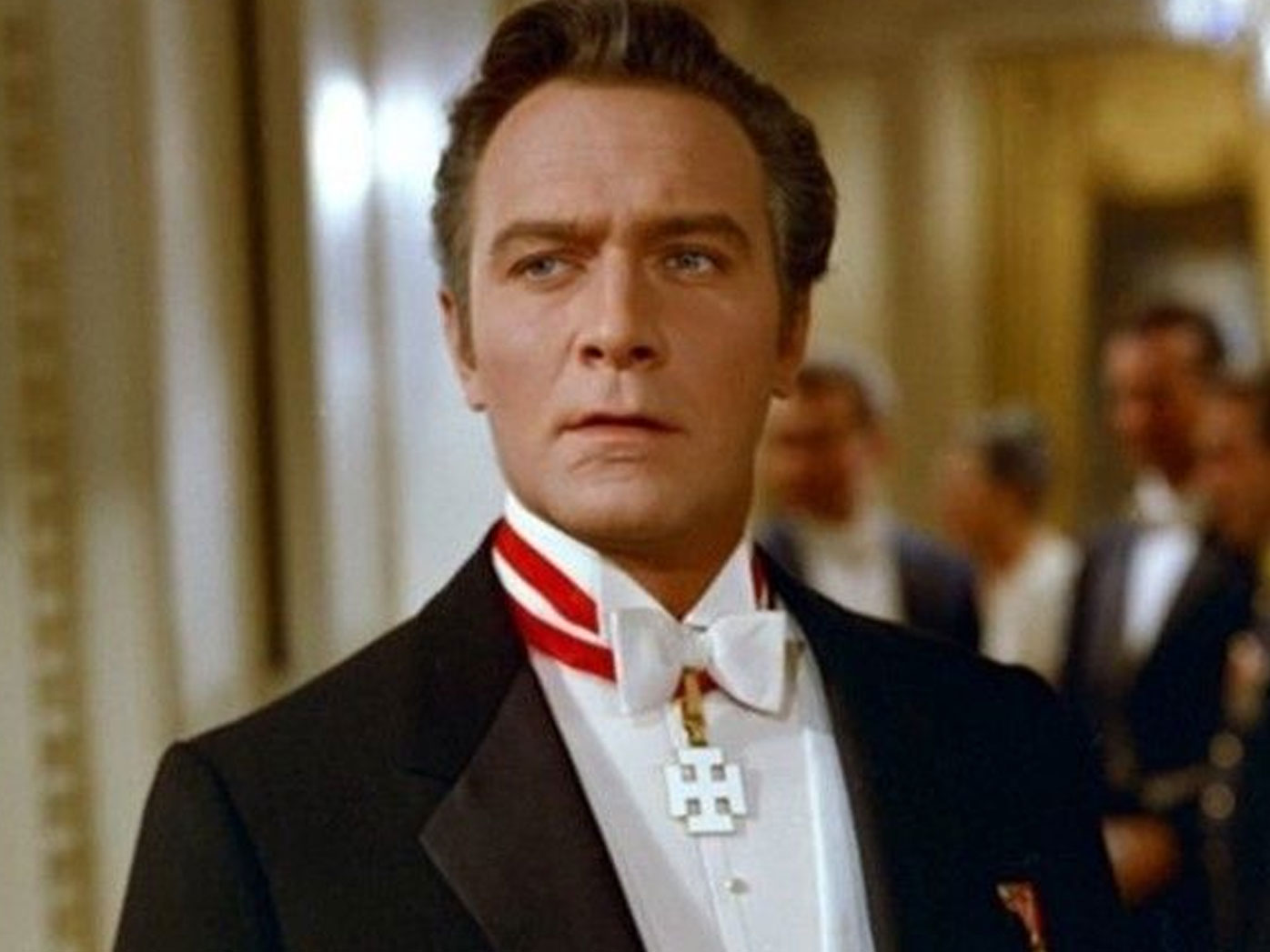 An imposing theatrical presence with a well-cultivated, resonant voice, that critic John Simon once observed, "in its chamois mode, can polish mirrors," Plummer was best known for playing Captain von Trapp in the Oscar-winning musical The Sound of Music.

He also won an Oscar in 2012 for his supporting turn in the film Beginners, becoming the oldest actor ever to win the Academy Award for supporting actor.

He had a long and acclaimed career on stage, with two Tony Awards. In films, he was also known for The Insider, 12 Monkeys, Star Trek VI: The Undiscovered Country and A Beautiful Mind, and he contributed voices for Up, An American Tale and the Madeline TV series. 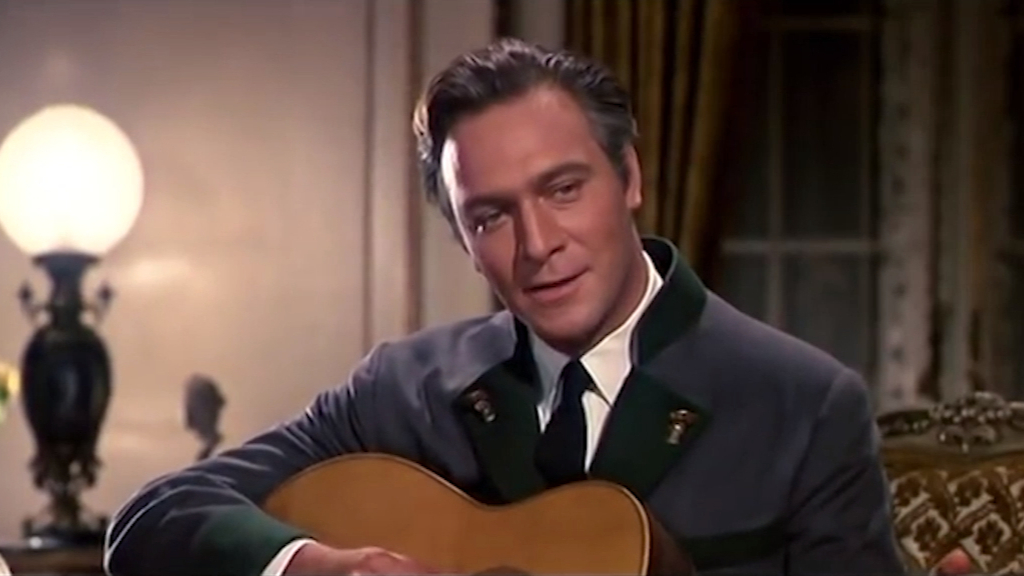 RELATED: Kevin Spacey to be replaced by Christopher Plummer in 'All the Money in the World'

His first serious critical acclaim came for his rebel-with-a-cause interpretation of Henry V at the Stratford Festival in 1956. He triumphed as Iago opposite James Earl Jones in Othello on Broadway in the early '80s, as well as in Macbeth opposite Glenda Jackson. Other high points included The Royal Hunt of the Sun and a revival of Harold Pinter's No Man's Land alongside Jason Robards. He won his first Tony Award in 1974 for the musical Cyrano and a second in 1996 for Barrymore, based on the life of actor John Barrymore. 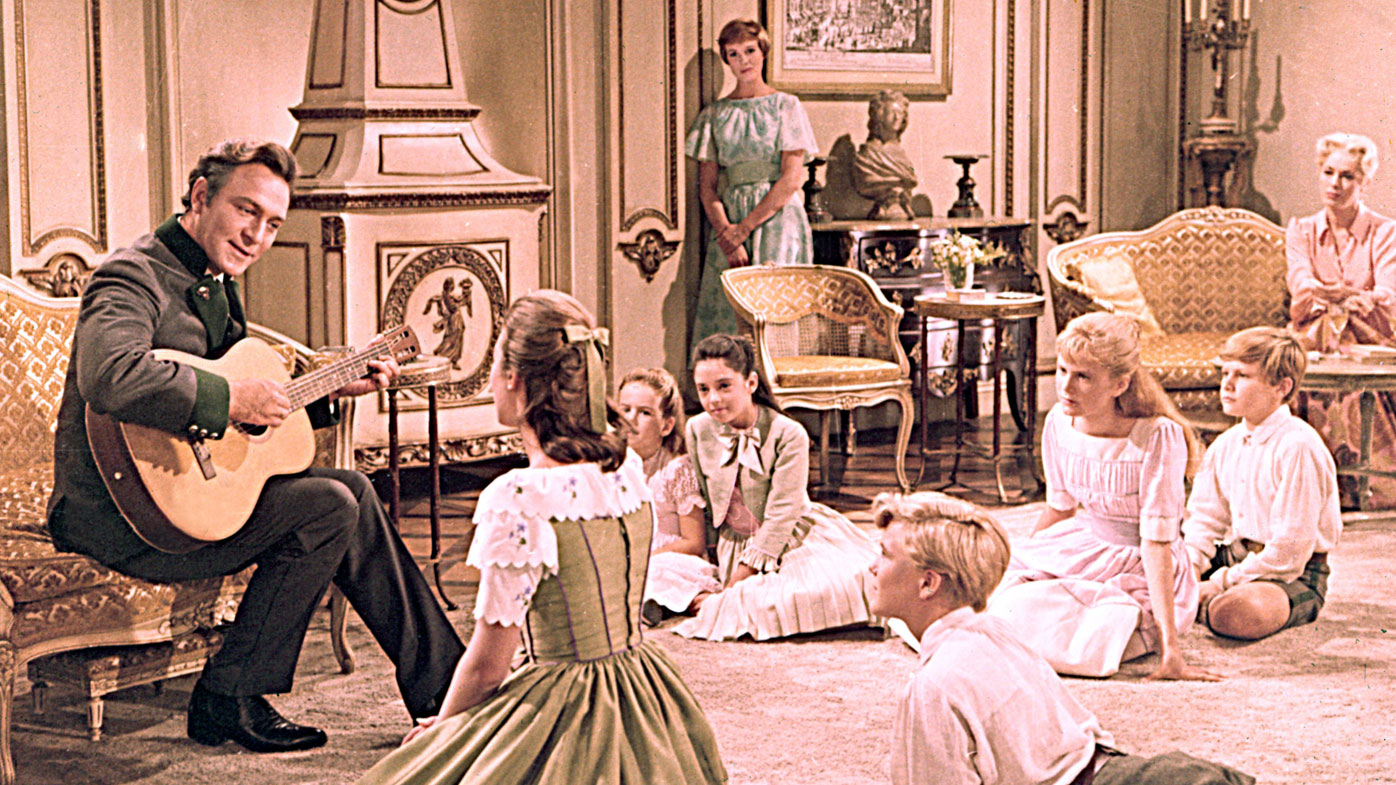 In his later years, he scored in character and supporting roles, including his well-regarded portrayal of 60 Minutes newsman Mike Wallace in Michael Mann's film The Insider and as Franklin Delano Roosevelt in HBO telepic Winchell, directed by Paul Mazursky. He picked up an Emmy for miniseries The Moneychangers and another for his narration of the children's special Madeline.

Born Arthur Christopher Orme Plummer in Toronto, he grew up in Montreal, where he attended the Jennings Private School. He made his stage debut in a 1948 production of Cymbeline at the Canadian Repertory Theatre in Ottawa, followed soon thereafter by a CBC television production of Othello. After migrating to New York in the early '50s, he worked extensively in live television on such shows as Kraft Television Theatre, Hallmark Hall of Fame, Producers' Showcase, Appointment With Adventure and Omnibus.

His Broadway debut came opposite Katharine Cornell in 1954's The Starcross Story. The following year Judith Anderson was his co-star in a Parisian production of Medea, and he appeared as the Earl of Warwick with Julie Harris the same year in a New York production of Jean Anouilh's The Lark. He also appeared in Archibald Macleish's J.B., directed by Elia Kazan. 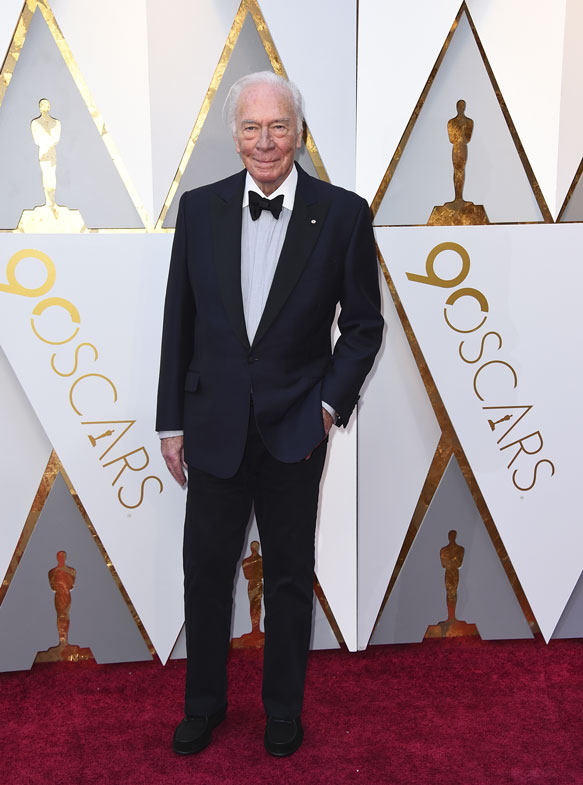 Critics, however, first sat up and took notice when he starred in the Stratford Festival production of Henry V in 1956. He was the first Canadian chosen by Tyrone Guthrie to lead a production, he once told the Los Angeles Times. Before Plummer's turn, Stratford mainly featured English actors like Alec Guinness and James Mason. "From that time on my name was above the title," he said.

He went on to interpret such roles Hamlet (1957) in an acclaimed British TV production and, at Stratford, Sir Andrew Aguecheek in Twelfth Night, Benedick in Much Ado About Nothing (1958) and Mercutio in Romeo and Juliet in 1960.

Crossing the pond, he made his London debut in Becket in 1961 as Henry II, a role that won him the London Evening Standard Award.

Plummer's film debut came in Sidney Lumet's Stage Struck in 1958. But 1965's The Sound of Music was his most widely seen film, though he had little respect for "The Sound of Mucus," as he called it, and his voice was dubbed for the musical numbers. He worked steadily during the period in films including The Fall of the Roman Empire, The Night of the Generals and Inside Daisy Clover, but dubbed most of them "awful."

He felt somewhat better about his 1968 production of Oedipus the King and the film version of The Royal Hunt of the Sun. 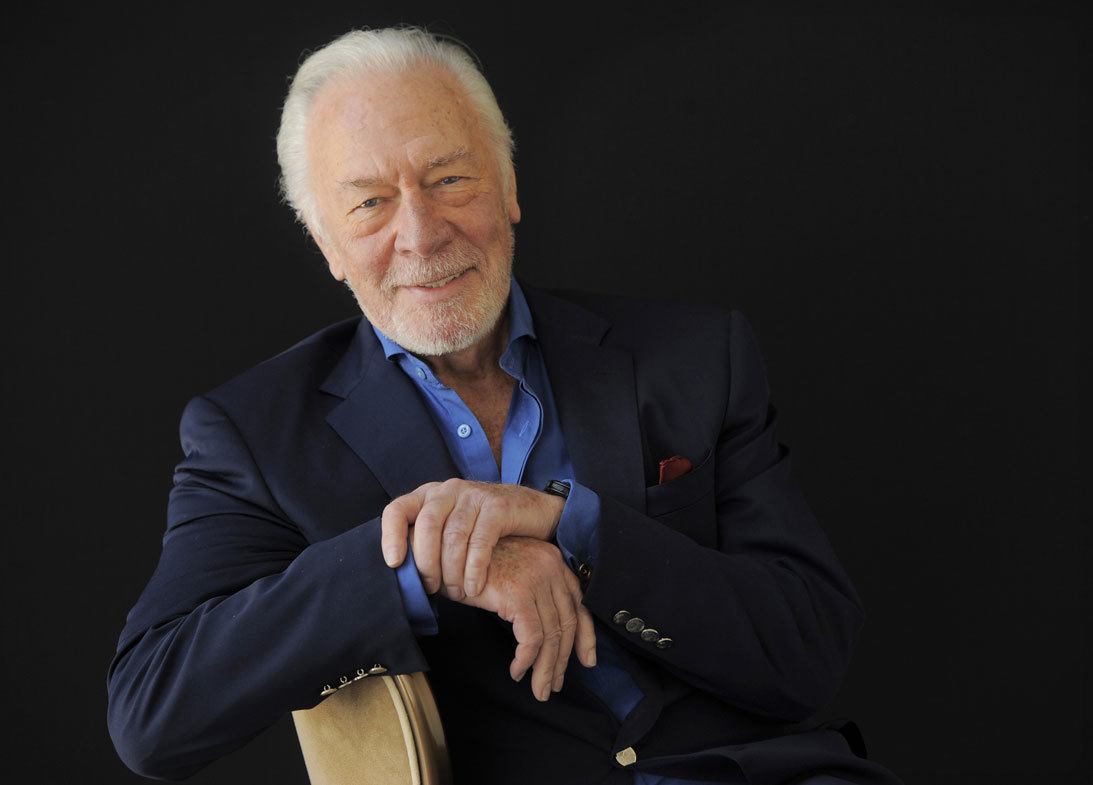 By the mid-'60s, he once told Ageless magazine, he had two failed marriages behind him and his drinking was out of control. But with the help of his third wife, former British actress Elaine Taylor, he resuscitated his career.

In 1973 he conceived and directed an evening of Shakespearean love themes titled Lovers and Madmen, appearing opposite Zoe Caldwell, and the following year picked up a Tony for the musical Cyrano. He scored as Rudyard Kipling in John Huston's film The Man Who Would Be King (1975) and as Sherlock Holmes in the 1980 film Murder by Decree. During this period he won an Emmy in NBC miniseries The Moneychangers (1976) and starred in Paul Newman's TV production of The Shadow Box in 1980. He also lent his voice to the children's series Madeline, picking up another Emmy, and the animated feature An American Tail. 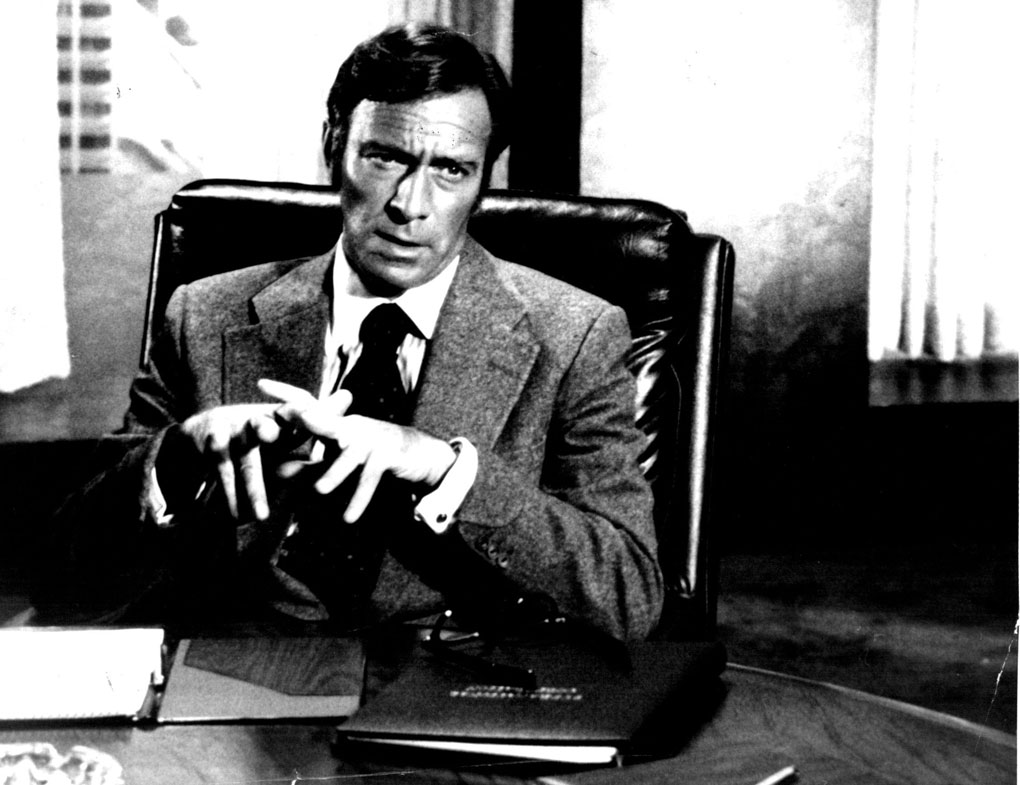 When Plummer returned to Broadway in 1982, New York Times critic Walter Kerr dubbed his Iago "quite possibly the best single Shakespearean performance to have originated on this continent in our time." He toured the country in a production of Macbeth with Jackson in 1988, and showed up in character roles in such films as Dragnet, 12 Monkeys, Star Trek VI: The Undiscovered Country (to which he lent a faint Shakespearean air) and Dolores Claiborne. He worked steadily in television movies as well, including such cable efforts as Harrison Bergeron (1995), We the Jury and Skeletons. For three years in the early '90s, he starred in the USA network series Counterstrike.

Stepping into the shoes of John Gielgud and Ralph Richardson, Plummer worked with Robards in the 1994 Broadway revival of No Man's Land and then two years later scored one of his biggest stage triumphs in Barrymore, for which he received a Tony for leading actor in a play.

The actor ended the century as TV journalist Wallace in The Insider with Al Pacino and Russell Crowe. Variety said, "Plummer delivers enormous satisfaction in an authoritative portrait of the celebrated newsman who is gruff, shrewd, arrogant when he needs to be and always extremely smart — except for one crucial moment." 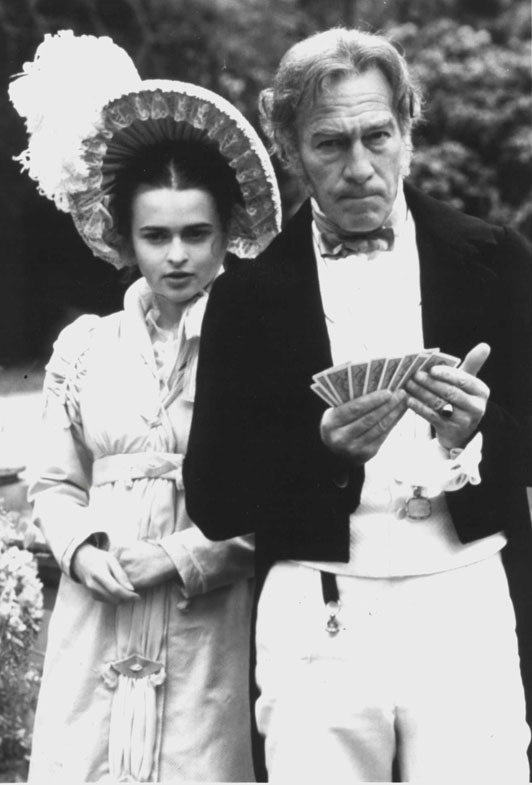 Plummer rang in the new millennium with a bevy of telepic appearances, including a 2001 revisiting of On Golden Pond on CBS in which he was paired with Sound of Music co-star Julie Andrews. There were also The Dinosaur Hunter, Possessed, Leo's Journey, Night Flight, Agent of Influence and 2000's American Tragedy, CBS' recounting of the O.J. Simpson trial in which he played F. Lee Bailey.

His small-screen work continued throughout the decade with Four Minutes and Showtime's Our Fathers, which probed the Catholic Church's conspiracy of silence on sexual abuse and garnered Plummer an Emmy nom.

READ:  So, The Secret To Olivia Rodrigo’s Met Gala Look Is An Amazon Best-Seller

Throughout the decade, Plummer showed no signs of slowing down, marking his name in the rolling credits of more than 20 pics. He appeared in Cold Creek Manor, National Treasure, Must Love Dogs, Syriana and Inside Man, but also flexed his acting muscles in period pics, including Terrence Malick's The New World and Alexander, in which he played the philosopher Aristotle. He dabbled in romantic dramas such as Closing the Ring and The Lakeside, and received nods from critics as he took on the lead role of Flash Madden in 2007's Man in the Chair. 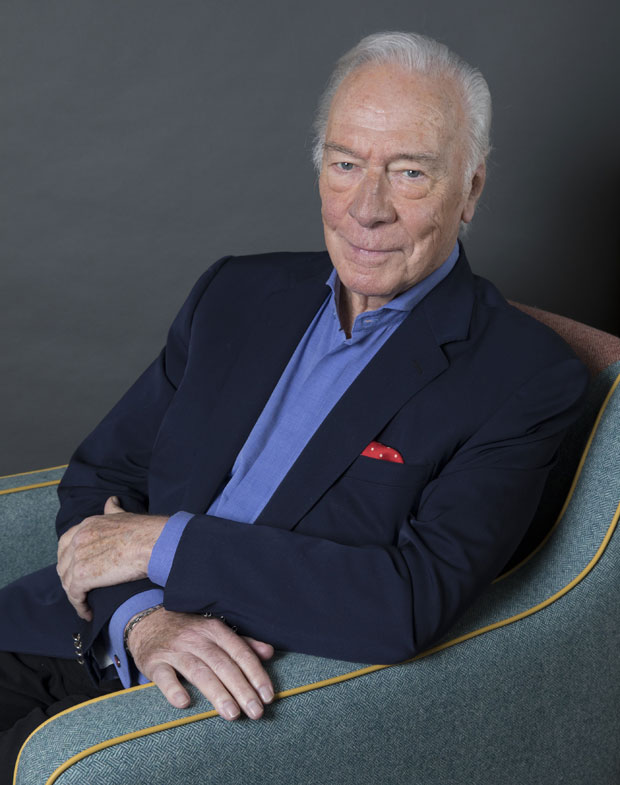 One of Plummer's most memorable roles from the decade involved only his voice. In Pixar's tear-jerking animated pic Up, he played Charles Muntz, an old man on a mission to realise his late wife's dream. He also contributed his voice to My Dog Tulip and 9.

As the first decade of 2000 closed, Plummer appeared in The Imaginarium of Doctor Parnassus as the doc himself, but it was his role as author Leo Tolstoy in The Last Station that earned him an Oscar nomination for supporting actor. Plummer dipped his feet in other genres — including action — in pics like Priest and The Girl With the Dragon Tattoo, but surprised and delighted critics as Hal, a cancer-stricken elderly man and father who had only recently come out of the closet, in 2010's Beginners, for which he won an Oscar.

In 2015 the actor drew critical praise for his role as the long-suffering manager to the ageing rock star played by Pacino in writer-director Dan Fogelman's Danny Collins. 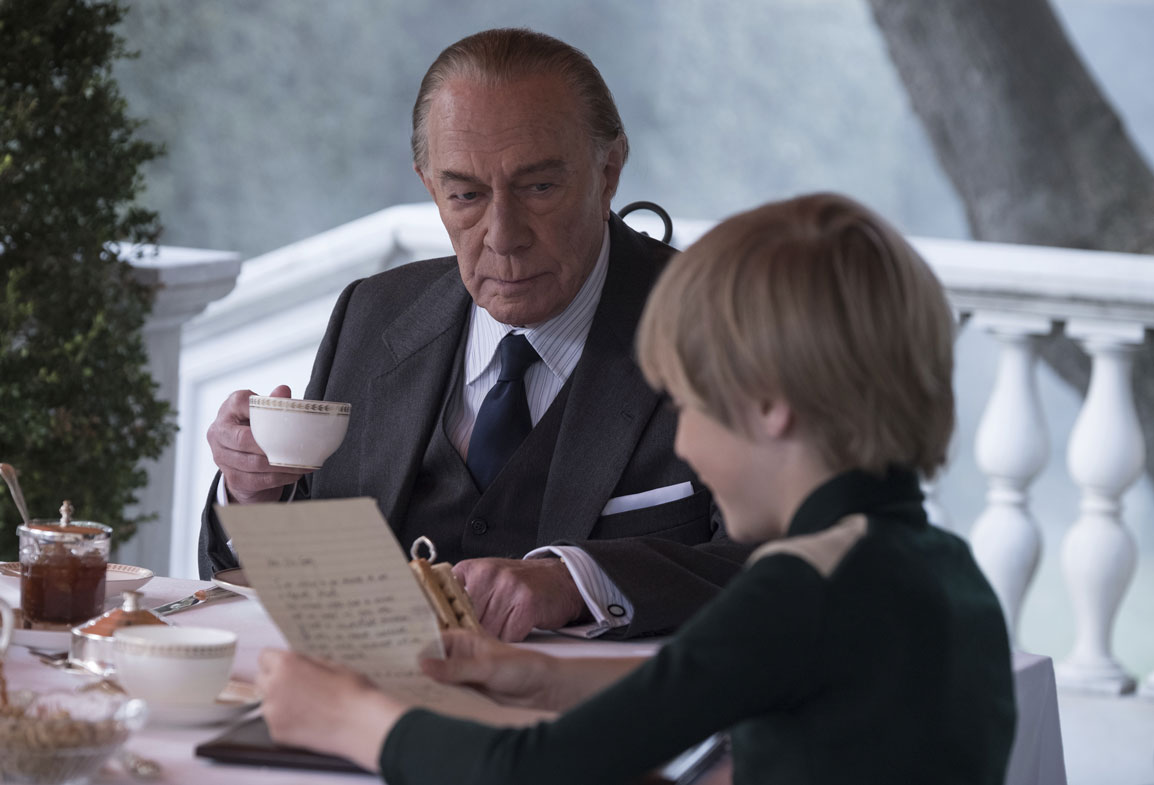 Plummer was nominated for a supporting actor Oscar for his role as J. Paul Getty in Ridley Scott's All the Money in the World. He replaced Kevin Spacey after Spacey was accused of sexual misconduct, completely re-shooting his scenes only one month before the film's release in December of 2017. Plummer most recently appeared in Rian Johnson's 2019 whodunit Knives Out and Peacock's Canadian import series Departure.

He was married three times, the first to actress Tammy Grimes, the second to journalist Patricia Audrey Lewis.

Plummer is survived by third wife, actress-dancer Taylor, and a daughter with Grimes, actress Amanda Plummer. 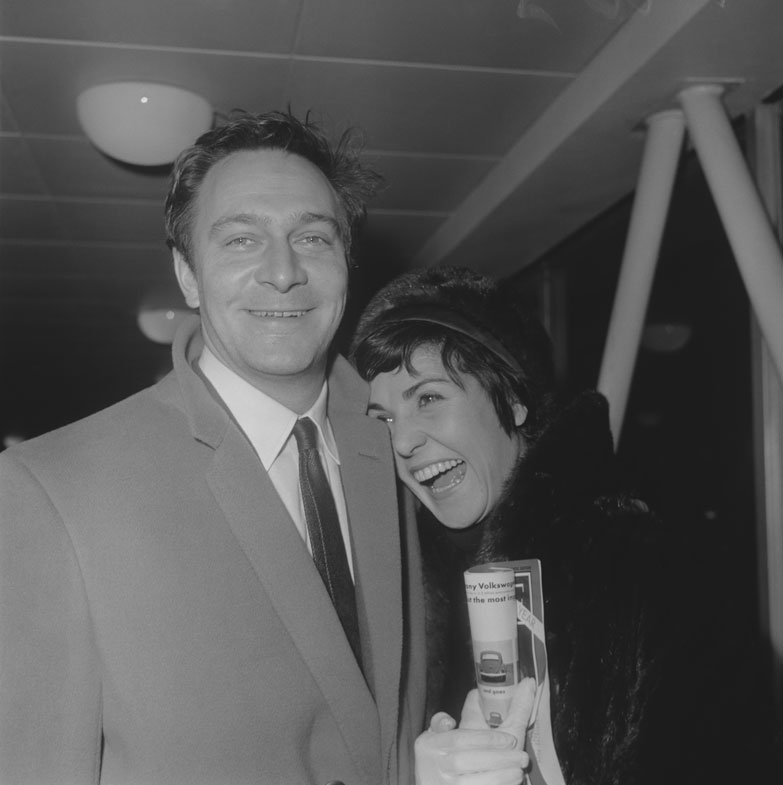