"I love you more than my luggage," Olympia Dukakis' Clairee Belcher says to Shirley MacLaine's Ouiser Boudreaux in the beloved 1989 movie "Steel Magnolias."

With the news of Dukakis' death, Hollywood flocked to social media to express similar sentiments and pay their respects to the character actors' illustrious legacy. Dukakis died on Saturday at age 89 in New York City. "After many months of failing health she is finally at peace and with her Louis," brother Apollo Dukakis wrote in a Facebook post. 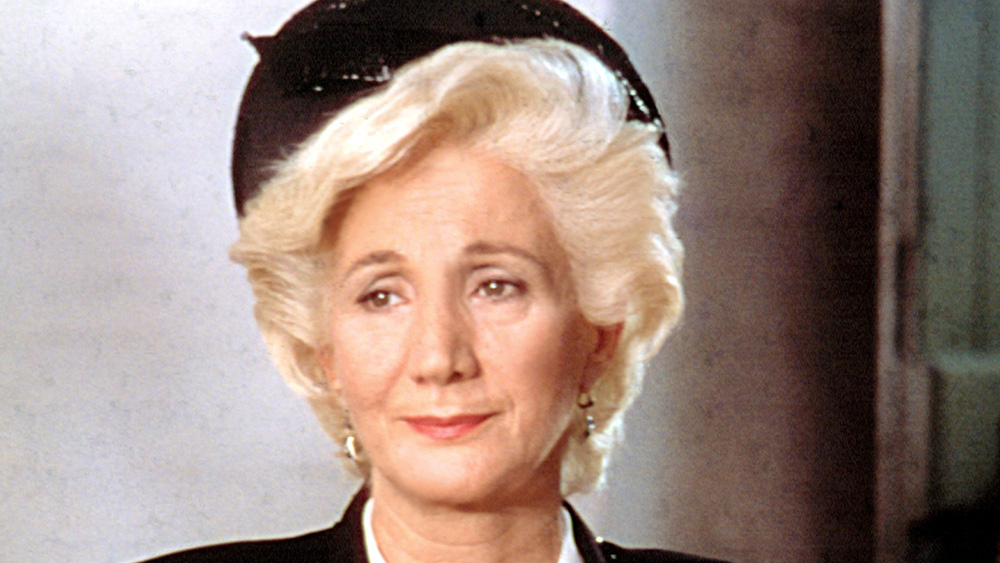 Dolly Parton, who was also in Steel Magnolias with Dukakis, remembered her in a statement to Today: "I was so sorry to hear that Olympia Dukakis had passed away. She has been one of my favourite people that I have ever known or worked with. I really got very close to her and felt like we were good friends. Even though I didn't get to see her much, I thought of her often and knew that she was such a quality human being. She will be missed by her fans, her family, and those of us that were lucky enough to get to know her personally." Dukakis' Steel Magnolias castmate, Sally Field, tweeted: "What can I say but I loved her? Everyone loved her. She was a gift… unique and talented and one of a kind. Rest in peace my friend Olympia."

Cher, who starred in Moonstruck, the film for which Dukakis' won her Academy Award, paid tribute on Twitter. "Olympia Dukakis Was an Amazing,Academy Award Winning Actress. Olympia Played My Mom In Moonstruck,& Even Though Her Part was That Of a Suffering Wife, We [laughing crying emoji] ALL The Time.She Would Tell Me How MUCH She Loved Louis,Her"Handsome Talented,Husband".I Talked To Her 3Wks Ago. Rip Dear One," she wrote. Later, she added that she recently spoke on the phone with Dukakis, who was "weak but happy."

Viola Davis called Dukakis "the consummate actor." "You made all around you step up their game," Davis wrote. "A joy to work with. Rest well."

Invoking titles from Dukakis' filmography, actor George Takei reflected on her talent. "Olympia Dukakis has departed our company. We were Moonstruck by her, as she told us Great Tales of the City. A true Steel Magnolia within a more common forest. Ah, what a life force, her later years her best. Rest now among the heaves, Olympia."

Actor Michael McKean also expressed his admiration for Dukakis and recalled the lessons he learned from her. Before appearing in "This is Spinal Tap," McKean studied acting under Dukakis at New York University. "Olympia Dukakis was a great actress who loved the work and loved the theatre. She was the acting teacher who spoke to me (and many, many others) with clarity and humor and NO censor," he wrote. "She would tell us: don't forget that the reason you wanted to do this was that it looked like fun. And it is. Amid the sweat and the angst, don't forget the fun. Rest in peace, Olympia."