The actress, who was once romantically linked with the actor, revealed why she dated younger men back in the day.
Cher opened up about supporting her longtime friend and former boyfriend Val Kilmer during his battle with throat c… 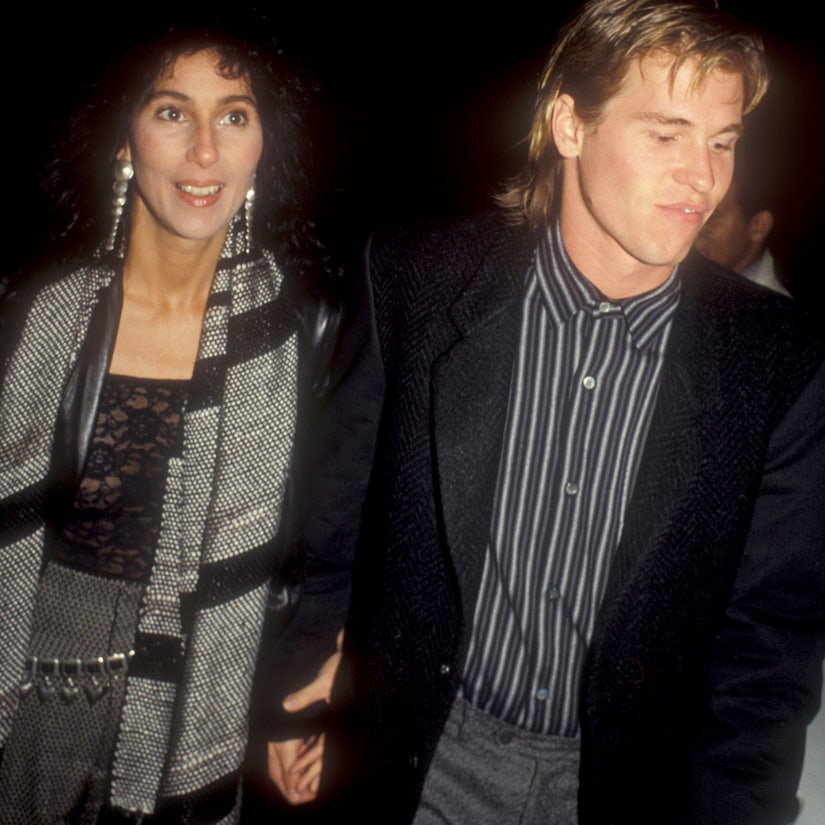 The actress, who was once romantically linked with the actor, revealed why she dated younger men back in the day.

Cher opened up about supporting her longtime friend and former boyfriend Val Kilmer during his battle with throat cancer.

The Oscar-winning actress explained how courageous the Hollywood star was while he was ill and laid up at her Malibu home in a new interview with People.

"He was at my house a lot of the time he was sick," she said. "He was brave the whole time. I saw how sick he was."

"Once when the paramedics showed up after he was so sick and coughing up blood, he looked at me and I looked at him and we both knew what we were thinking," she then cryptically revealed. "Because those guys are so handsome. When one of those paramedics comes to your house, you just know you're going to see somebody who's really cute."

Now cancer free, Kilmer is shining a light on his six year fight and recovery in his new documentary "Val," which Cher praised for being "beyond brilliant."

"He's a true artist and Renaissance man," she explained. "He was sick and it didn't stop him. He created an extension of his art and his life. Look what he created and even the things he let you see that nobody would let you see. Even the worst things, he wanted to be in the documentary because he wanted to show you who he was."

Cher also went on to reveal how she first linked up with the "Batman Forever" star, saying  she met him at a birthday party thrown for her by a mutual friend.

READ:  Honey Boy Director Speaks Out Against Shia LaBeouf -- Troubled Childhood Or No!

"He was so young. Was he 22? What was I? I don't know. Thirty something," she recalled.  "It was a bigger deal back then. The truth was if I hadn't gone out with younger men, I would have never had a date. Younger men weren't intimidated by older women. But older men in my age category, they weren't having it."

Although the pair would eventually drift apart, they kept their friendship going, per the actress, as well as their nicknames for each other.

"I loved him -- and I love him. [just wrote to him], I said, 'Valus Maximus, I'm sorry if I did anything to piss you off or hurt your feelings. I love you and your documentary was all things. I love the things that pissed me off, the things that made me hysterical, amazed, hurt, astonished, etc. You are brave and beyond brilliant. Ethel.'"