C﻿her is the first one to admit that the 40-year age gap between her and new beau Alexander Edwards is “strange on paper” – but that’s all it is to her blossoming romance.The 76-year-old Believe songstress ﻿told her fans that “love doesn’t know math” a…

C﻿her is the first one to admit that the 40-year age gap between her and new beau Alexander Edwards is "strange on paper" – but that's all it is to her blossoming romance.

The 76-year-old Believe songstress ﻿told her fans that "love doesn't know math" as she opened up about her relationship with the 36-year-old music producer.

"We're grown ups, we're happy," Cher wrote on Twitter as she replied to fans on a photo she shared of Edwards posing in his underwear.

READ MORE: Sex and the City star engaged to friend of 41 years﻿ 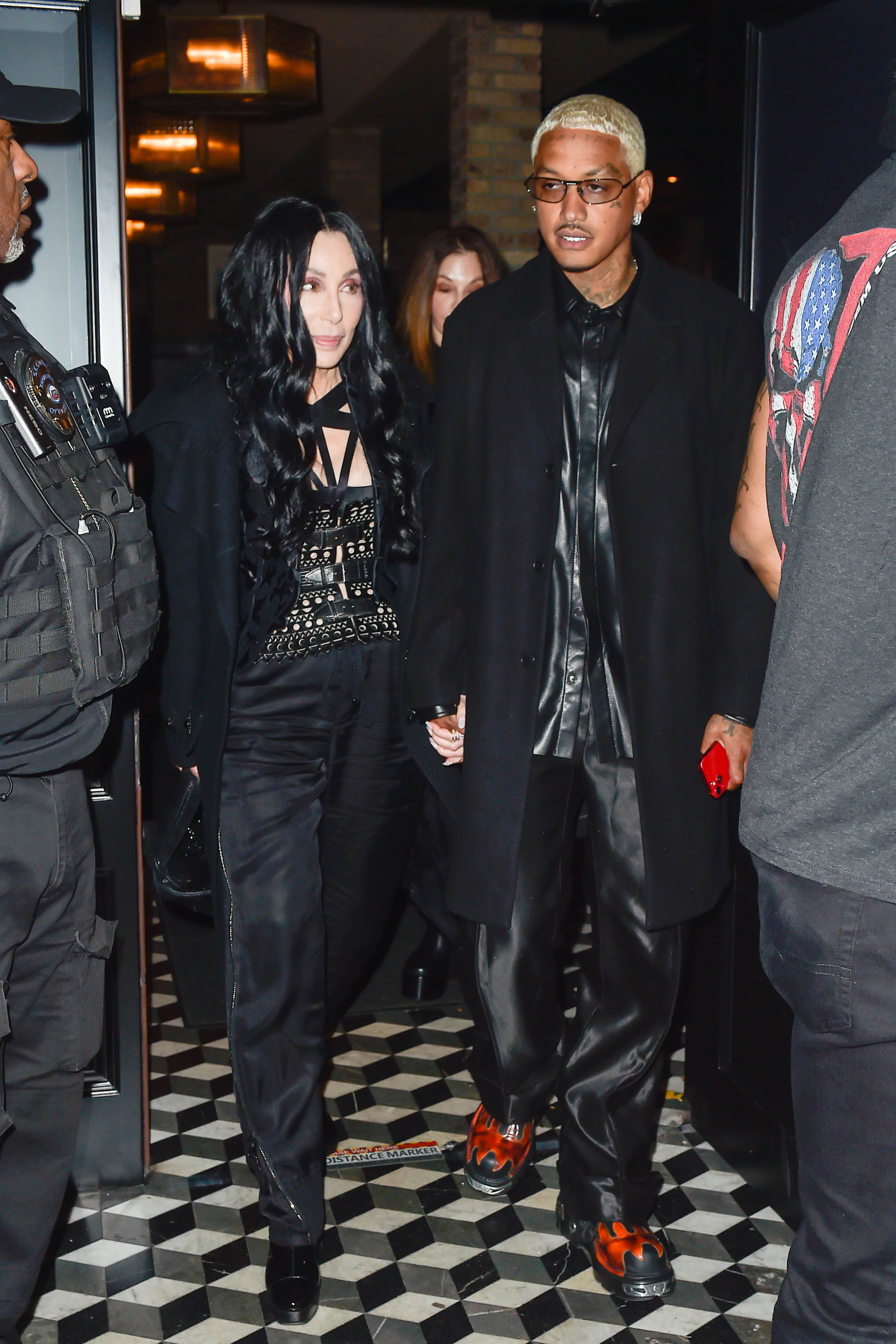 ﻿"He's kind, smart, hilarious and we [kiss] like teenagers," she said after one fan asked what her favourite thing about Edwards is.

"On paper This Looks strange (Even 2 ME) A.E Says ❤️ Doesn't Know Math," she wrote in a separate message.

She also opened up about how their relationship began, replying to a fan with: ﻿"In the end he came after me, till we met in the middle."

"He's Consistent one, I'm The Skittish one. We love each other…. LADIES NEVER GIVE UP," she said.

Cher's tweet spree comes after she and Edwards were seen ﻿holding hands outside the West Hollywood restaurant Craig's earlier this month, where they met with rapper Tyga, 32, for a meal.

Edwards, who is American model Amber Rose's ex-boyfriend, was seen kissing Cher's hand delicately at one point in the evening, as they travelled in a car together.

It was also reported that throughout the evening ﻿he was extremely attentive to Cher, with multiple outlets saying he told her to watch her step as the couple ventured over a curb.

Days later, Cher confirmed the relationship, writing on social media about Edwards who treats her "like a queen".

Cher and Edwards first met at Paris Fashion Week earlier this year, which ran from September 26 to October 4.

﻿Edwards ﻿shares three-year-old son Slash with Rose, 39, whom he dated from 2018 for three years.