One Michigan woman sued her city after getting 14 parking tickets … from the same officer.
Chalking tires does violate your Fourth Amendment rights, a court of appeals has ruled.
Alison Taylor, 40, sued her city of Sagi… 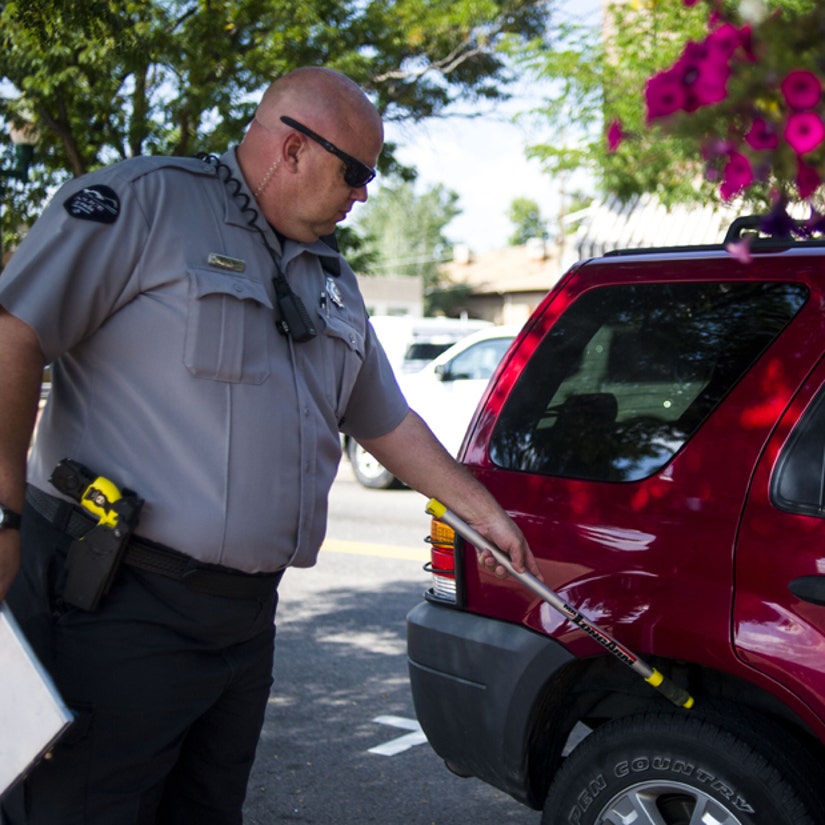 One Michigan woman sued her city after getting 14 parking tickets ... from the same officer.

Chalking tires does violate your Fourth Amendment rights, a court of appeals has ruled.

Alison Taylor, 40, sued her city of Saginaw in Michigan after getting 14 tickets — from the same parking officer — in the space of three years.

The case, which has been rolling back and forth through the courts since 2017, alleges that officer Tabitha Hoskins violated the US Constitution by putting chalk on her tires, thus subjecting her car to an unreasonable search without a warrant ... and on Wednesday, Sixth Circuit of the United States Court of Appeals agreed.

"For nearly as long as automobiles have parked along city streets, municipalities have found ways to enforce parking regulations without implicating the Fourth Amendment," Judge Richard Griffin wrote in a 3-0 opinion, per Fox2 Detroit.

"Thus, tire chalking is not necessary to meet the ordinary needs of law enforcement, let alone the extraordinary," he said.

As in many other cities across the US, Saginaw parking officers use chalk to mark the tires of cars parked where there is a posted time limit, but no meters. If the chalk is still there when they check a second time after the time limit has expired, that means the car hasn't moved — and the driver gets a ticket.

The legal grey area arises because the first time the car gets marked, it is highlighting a violation the owner may commit in future. .. but hasn't yet.

"The city has significant interests that are furthered by enforcing its parking ordinances through the use of chalk, and these interests greatly outweigh the minimal intrusion that a chalk mark creates," Saginaw — which generates around $200k per year from such tickets —had argued in its filing.

READ:  7 Things We Learned About Maluma From His Historic Elle Cover

The District Court had previously ruled that the "search in question involved taking nothing from the vehicle and, in fact, doing no permanent damage at all"; thus the search was reasonable and therefore lawful.

But the Appeals Court overturned that decision on Wednesday; if Saginaw does not appeal in turn, the decision would stand and would open the door for the lawsuit to be turned into a class action for every driver who received a tire chalk ticket in the city in the past seven years — and there are thousands. The statute of limitations goes back three years before court proceedings started, to 2014.

While decisions made by the 6th Circuit also set legal precedent across all of Michigan, Ohio, Kentucky and Tennessee, one of the judges admitted that not everybody is equally effected by the ruling.

"I haven't gotten many parking tickets," Judge Joan Larsen said, "Only because I have a reserved parking spot."