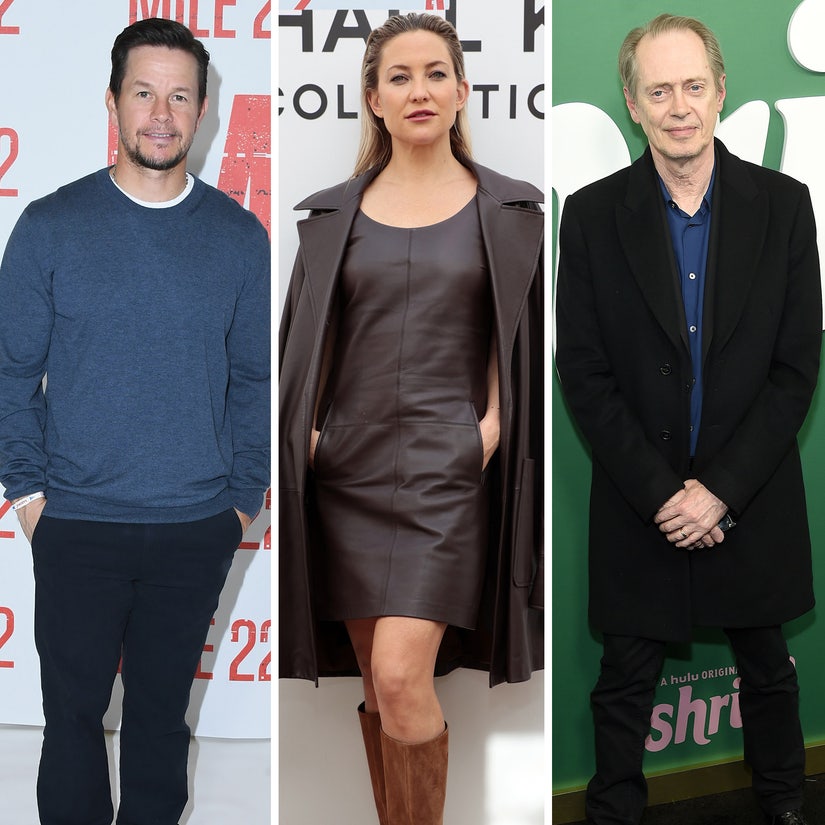 Celebrities are paying tribute to the nearly 3,000 people killed in the terrorist attacks of September 11th as Saturday marks the 20th anniversary.

The stars are also sharing their personal memories of the tragic day that saw members of the terrorist group al-Qaeda hijack four airplanes and crash them into the World Trade Center in New York City, the Pentagon in Arlington, Virginia, and a field near Shanksville, Pennsylvania.

Kate Hudson was living in New York at the time, Steve Buscemi volunteered as a firefighter at Ground Zero in the days following the attack and Mark Wahlberg was scheduled to be on one of the planes that crashed into the World Trade Center.

"20 years ago. It's hard to believe it’s been so long since this devastating event in our history," Hudson shared on Instagram. "Being in the city right now brings back so many memories. Everyone remembers where they were: when they got the call or seeing it on the news. Those of us who were living in New York saw a different city. A city in mourning yet together. Working together, supporting each other no matter what their beliefs, politics or economics."

"It was confusing and sad but New York showed up in its greatest form as it always does to help everyone get through it," she continued. "To all of the families remembering their loved ones today, I share with you my love and condolences. #911 #neverforget"

READ:  Shine All Season Long in These Sparkly Sequin Tops From Nordstrom

Buscemi revealed he suffered post traumatic stress disorder from helping in the recovery efforts after the tragedy. The actor, who worked as a firefighter in New York in the 80s, recalled going down to the site where he eventually found a crew from his company Engine 55 and joined them for five days.

"When I stopped going and tried to just live my life again, it was really, really hard," he said on the "WTF With Marc Maron" podcast. "I haven't experienced any health issues, and I get myself checked out -- but definitely, yeah, post-traumatic stress? Absolutely."

"I was depressed, I was anxious, I couldn't make a simple decision. All those things. It's still with me. There are times when I talk about 9/11 and I'm right back there. I start to get choked up and I realize, 'Ah, this is still a big part of me.'"

On social media, Wahlberg shared a picture of the 9/11 memorial with the caption, "20 years ago but feels like yesterday. We are all forever changed. Thinking of those who are gone and their loved ones missing them now and always. 💔"

More stars shared their experiences, as Stevie Nicks remembered flying into New York the morning of 9/11 for a series of concerts. When she got to her room at the Waldorf-Astoria, she decided to take a nap, per her IG post. Her assistant woke her up after the second tower was attacked. "I walked over to the window where I had been sitting and looked down. Everything was grey. There were no cars. There were no yellow cabs. There were no people. It looked like the end of the world."

READ:  Relive Some of the Best Moments From Kim Kardashian and Kanye West's Relationship

"Jersey Shore's" Nicole "Snooki" Polizzi recalled being in an 8th grade class when the towers fell. "They announced over the loud speaker and we all watched on the tv," she wrote on Instagram. "I was terrified because my dad flew out early that day. So sad and scary."

"Glee" alum Matthew Morrison said he was on 22 when he he was riding into the city on the F train, which was "above ground" when the first tower had been hit. "Passengers started gasping as they looked out of the train window. First tower was on fire. We all united in our disbelief, not knowing what to think. Then someone yelled, 'Look at that plane'. I saw the plane, flying low…too low. And then, from my vantage point, the plane disappeared behind a building. I never saw that plane again."

"Today, my heart goes out to all of the people who did not get the chance to live, to the families that were torn apart by this tragedy. We all grieve together. And like the Phoenix, we rise again."