The actress talks about the technical challenges and innovations of shooting the horror film … before reflecting on her time on The WB.
Carly Pope certainly stepped outside her comfort zone to star in director Neill Blomkamp’s … 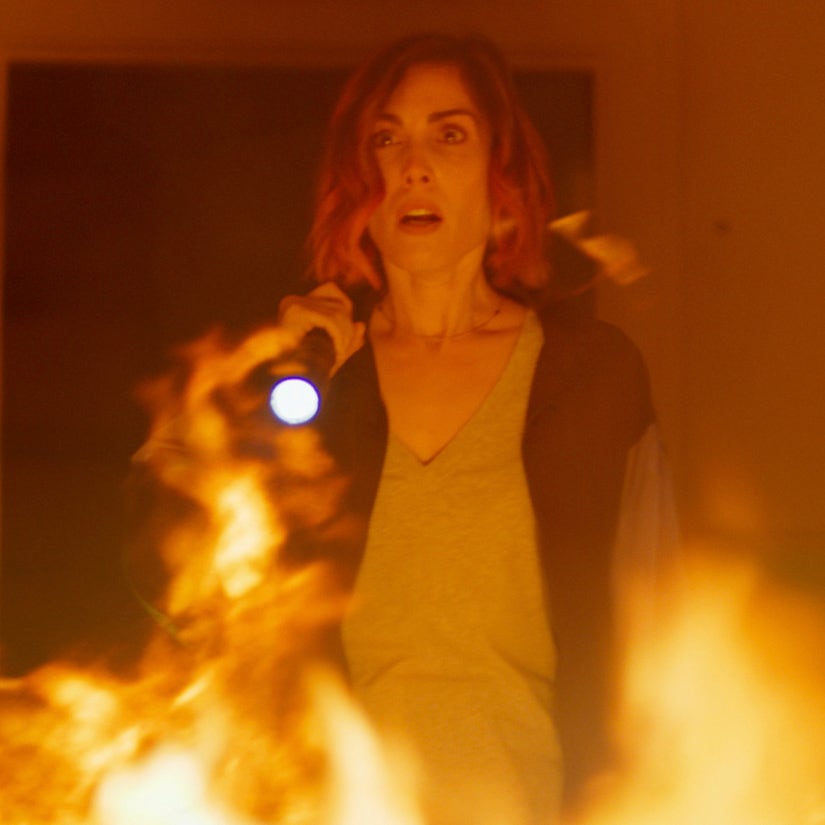 The actress talks about the technical challenges and innovations of shooting the horror film ... before reflecting on her time on The WB.

Carly Pope certainly stepped outside her comfort zone to star in director Neill Blomkamp's new high-tech horror movie "Demonic," a film which finds her fighting off a demon while inside a simulation of her own possibly-homicidal mother's mind.

Trippy stuff, for sure, and creating that simulation setting required the use of some cutting edge technology to pull off. For the sci-fi scenes, the filmmakers turned to volumetric capture -- a process that basically turned Pope into a video game character to be then inserted into a 3D environment.

Check out the trailer for a better idea of what we're talking about:

But this wasn't the first time Pope has worked with Blomkamp, after appearing in "Elysium" and a number of his short films -- and she was more than willing to try something new with him behind the camera.

Keep reading to see what the actress revealed about collaborating with the director on this high-concept project ... before taking a quick trip back to 1999 to discuss her role on "Popular," Ryan Murphy's very first TV show, and her time on The WB.

You've worked with Neil quite a few times now -- what is it about him that makes you keep coming back?

He's a really relaxed person, but he's also a really relaxed filmmaker and I think that that is something that I tend to gravitate toward. I feel like I have enough anxiety within me, that having somebody kind of set the tone and set the speed of a set is really valuable. Beyond that, I appreciate and respect so much that he has an opinion, a point of view -- it's malleable if needed, but he has a strong sense of self and a strong sense of purpose and vision of what he wants to do.

And he's really willing to experiment and that's part of the fun. It's rare to, across the board to come across people who are really willing to just forego conventional methods and modes and content and desires of others and do the film that you want to make and I really do appreciate that about him. I will back him all the time ... from everything that he's done there's always an element of perspective, point of view.

The fact that you did know him beforehand, did that make you more comfortable to film during the pandemic as well?

Entirely. Absolutely. We had met on Elysium but very briefly, I wasn't there for too long. We had done some of the [Oats Studios] shorts together which was an absolute pleasure -- including "Rakka" which we shot in Johannesburg, so that was kind of like another layer to getting to know one another. And then, when "Demonic" came up it was really an opportunity to do this long form. And I was so, so grateful, so humbled, so shocked that he wanted to do this together. But I also knew that it based in our alignment, in terms of how we like to work and how we like to operate, to sort of get the job done and not be bothered by a lot of the other stuff that can come up. 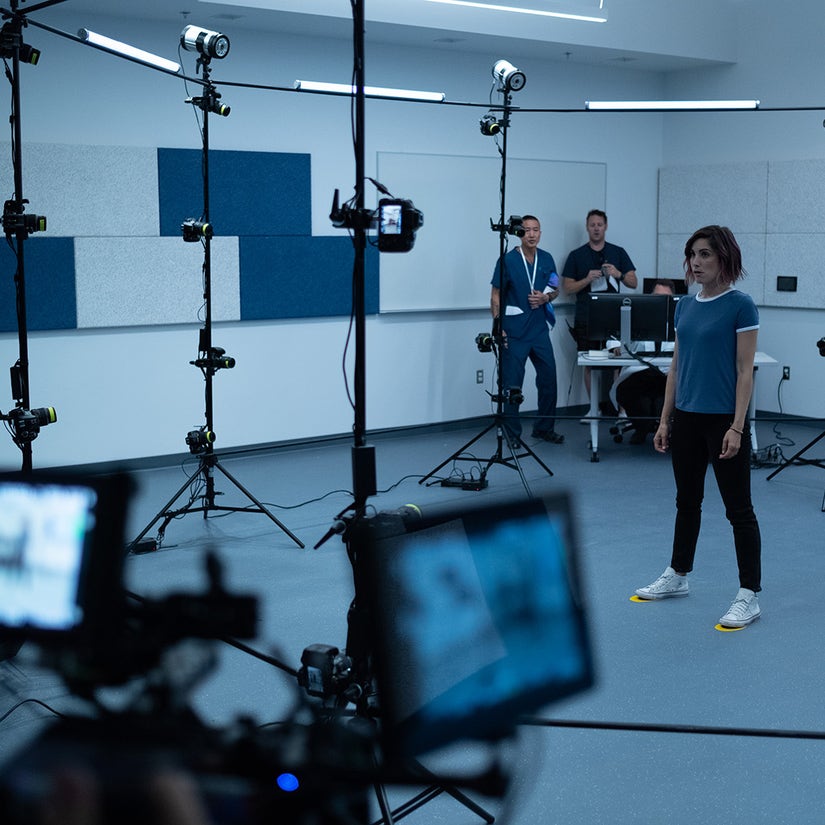 Obviously, the big talking point for this movie is using volumetric capture to film it, which -- from what we've read -- can be a pretty disorienting experience. How did the technology shape your performance in this?

Well, that's a great question. I think first and foremost, what's happening to Carly in the movie is meant to sort of take the audience along that journey. What's happening with her is happening at the same time that the audience sees it. That's the intention. So with regards to the volumetric capture, that very much has a big hand in that feeling, that essence of experiencing it for the first time.

Fortunately, there wasn't too much to prepare, you can't really prepare for that. You kind of just have to show up and throw caution to the wind and do your best. For me, the biggest hurdle and challenge was trying to figure out how to actually find and mine my emotional life when all surrounding me was a very synthetic environment. So that was really a challenge. But also, in terms of what's going on for Carly in the film, she's feeling so discordant and she's feeling so perpendicular to everything and she's feeling so weary and hesitant, so everything that I was feeling with regards to the actual physical filming of it and that process did play a part and was kind of was an ace up the sleeve in that sense because it was happening simultaneously.

READ:  The Kardashian-Jenner Family: Get to Know the Next Generation

In another interview you did you said that for anyone who might do this in the future, maybe try and see what it's going to look like after just so you have an idea. For you, when you did see the final product, is it kind of what you imagined it would look like? What was your reaction?

I'd only seen very, very small models of what was going on. I'd watched a video on the process of volume capture, but that was sidebar. In terms of our product, I saw models of the environment, and we had to do walkthroughs of the environments in order to understand what the geometry of the space was and how that was going to relate to the stage that was built -- in a very small capacity by the way, like a five meter capacity or three meter. It was very, very small.

So it's like we have these big grand houses that we're walking through, for instance, that are on this tiny little cage of cameras and then you have to sort of recreate your steps in order to get those motions or recreate the movements. I saw little bits along the way, but once I saw the final product, I was just sort of blown away because it was, in my impression, it was exactly what Neill. Like, how he explained it to me at the beginning was exactly how it turned out, which I thought was mind-warping. 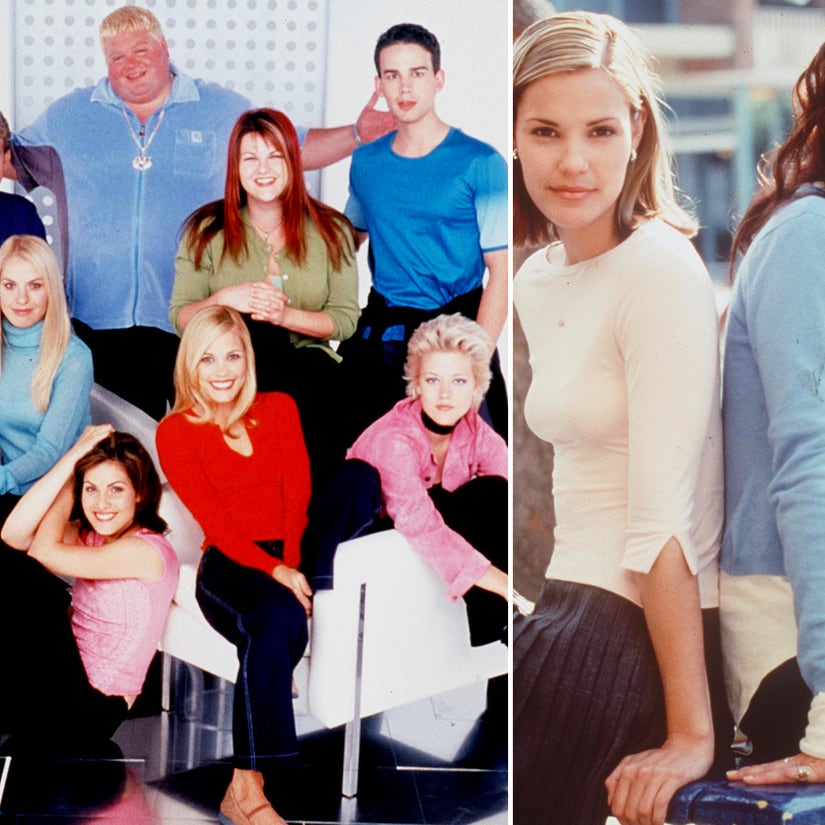 Now we need to bring up "Popular" real quick. 2021 marks 20 years since it came to an end. Are you surprised to see what's become of Ryan Murphy, Ruler of All Things TV, in the year since then?

Am I surprised that Ryan has become what he's become what become? 150% not surprised. He was such a, at the time, he was such a young gun doing something that was, I think, far ahead of its time and creating content that was so resonant with so many people. A perfect combination of cutting wit with really heartfelt, real profound moments, and so I'm not surprised at all and I'm so excited for him. It was a pleasure to be at his Walk of Fame ceremony. To see those kind of things be anchored in place is really special.

That was such a crazy time for me because I was still a teenager when we shot that and coming from Canada and not knowing which way was up in terms of the industry or any of it, but I'm grateful forever for that experience and I had so much fun and every time we were within the walls of the set was just like my favorite time ever.

Lastly, The WB had some amazing promo videos back in the day and they always pop up on Twitter. There's one of your cast with the stars of the network's other series -- like Buffy, Roswell, The Jamie Foxx Show, Dawson's Creek and Felicity -- dancing to "Oh, What a Night." What were those shoots like?

It was so strange. They ran a very tight ship, so everybody was scheduled and everybody had their own. It was nice to see everybody's faces from these other shows, but it was still just another day on set. Honestly, that's like the only thing you can find streaming online with regards to Popular. So, I mean, if that's what we get, but that's what we get, but it was so much fun. It was a great time.