The “WAP” rapper is set to be honored alongside the likes of Dolly Parton, Jennifer Lopez, Dua Lipa, Chloe x Halle and Jessie Reyez at the virtual “2020 Billboard’s Women in Music” ceremony on December 10.
Cardi B barely had time… 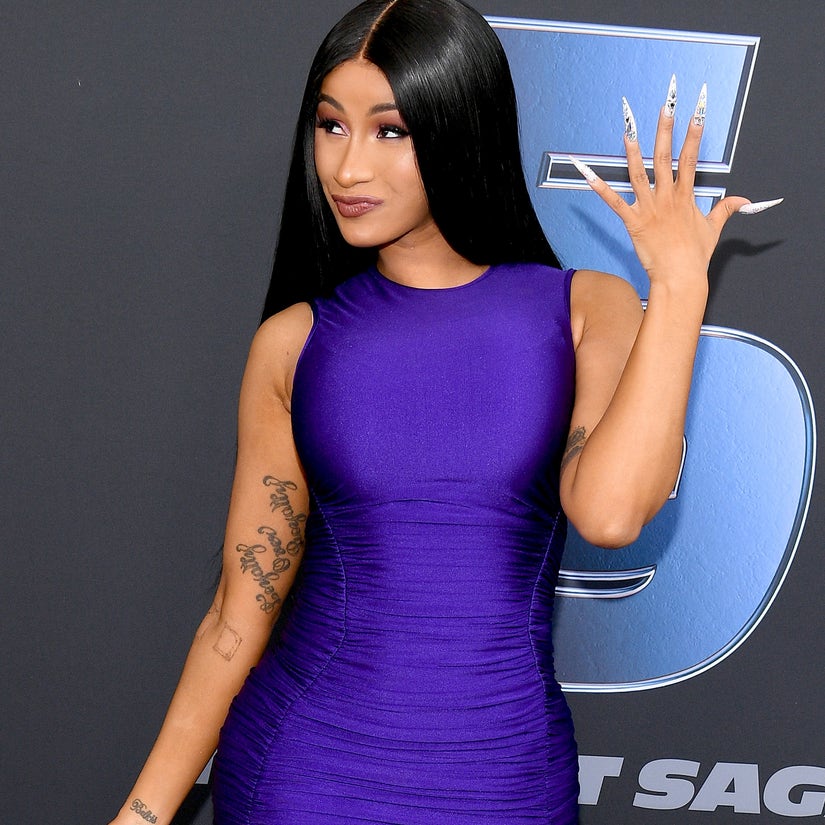 The "WAP" rapper is set to be honored alongside the likes of Dolly Parton, Jennifer Lopez, Dua Lipa, Chloe x Halle and Jessie Reyez at the virtual "2020 Billboard's Women in Music" ceremony on December 10.

Cardi B barely had time to celebrate the announcement that she was being honored as Billboard's Woman of the Year at their upcoming "Women in Music" event before the trolls started coming out of the woodwork.

But if there's one thing the "WAP" rapper is always willing to make time for, it's for shutting down her haters. And she didn't even need to get dressed up for it.

Sporting a robe and headband, like she was stepping into the ring for a prize fight with some fool who had no idea the whupping they'd just signed up for, Cardi wasted no time cutting her online critics down to size.

She even threw a jab at her haters' grandmas, saying the song was so popular even they were "popping" -- well, if you know what "WAP" means, you can imagine what -- "on TikTok."

But it wasn't just for the year's hottest track; a collaboration with Megan Thee Stallion that featured a surprise (and somewhat controversial) starring role for Kylie Jenner in its music video; that Cardi is being honored.

She has also been one of the most prominent celebrity voices in the leadup to the 2020 election, speaking out passionately about the issues that are important to her and even going so far as to set up interviews with prominent political figures like Bernie Sanders.

"For over a year, I've been influencing and using my platform for y'all to vote, not just for when Joe Biden was going against Trump," she added. "I've been informing y'all about y'all's senators, midterm elections, using my money to meet up with these candidates like Bernie, flying out, tired after shows. Yeah that's me, bitch."

As Cardi sees it, she represents the average American in these exchanges." I wanted a change, and that's exactly what the f--k I did," she continued. "I'm just that bitch. Eat it up with a spoon."

In the caption to her post, she noted that her track broke Billboard records, thanking her fans for making that achievement possible and standing behind her "while the world was against me and criticizing every move." Something a vocal contingent is clearly still doing.

Not only did "WAP" debut at number one on Billboard's Hot 100 chart, but it broke a streaming record in its first week of release, picking up 93 million streams in its first six days in the U.S. alone.

Cardi follows fellow activist and artist Billie Eilish, who received the honor described by Billboard as "an act whose music, performances, cultural influence and activism have defined the year" last year.

Joining Cardi at the celebration are several other women who made their marks in music and beyond throughout a very trying year.

Jennifer Lopez is being honored with the Icon Award for her "historic contributions to the industry," while Dolly Parton receives the Hitmaker Award for the significant cultural impact of her songwriting.

Dua Lipa will pick up the Powerhouse Award based on her chart dominance this past year, while Chloe x Halle is set to snag the Rising Star Award and Jessie Reyez will score the Impact Award for using her platform and philanthropic endeavors to "inspire social change."

The "2020 Billboard's Women in Music" event will stream exclusively online on December 10 at 8 p.m. ET, and you'll be able to tune in right here (bookmark it!).