Britney Spears has updated fans on her wellbeing.On Friday, the 39-year-old ‘Toxic’ singer shared a video to her Instagram account answering three popular questions asked by her fans — like whether or not she gets dizzy when she records herself doing s…

Britney Spears has updated fans on her wellbeing.

On Friday, the 39-year-old 'Toxic' singer shared a video to her Instagram account answering three popular questions asked by her fans — like whether or not she gets dizzy when she records herself doing spins in her home.

"I'm here to answer all of your questions, and the first main question you guys have been asking me is basically when I'm in my living room, do I get dizzy when I'm spinning so much?" she began. "Yes, I get extremely dizzy but I'm a dancer so as long as I have a focus point for my head as I turn, as long as I keep finding that spot, usually in the end it's not as bad." 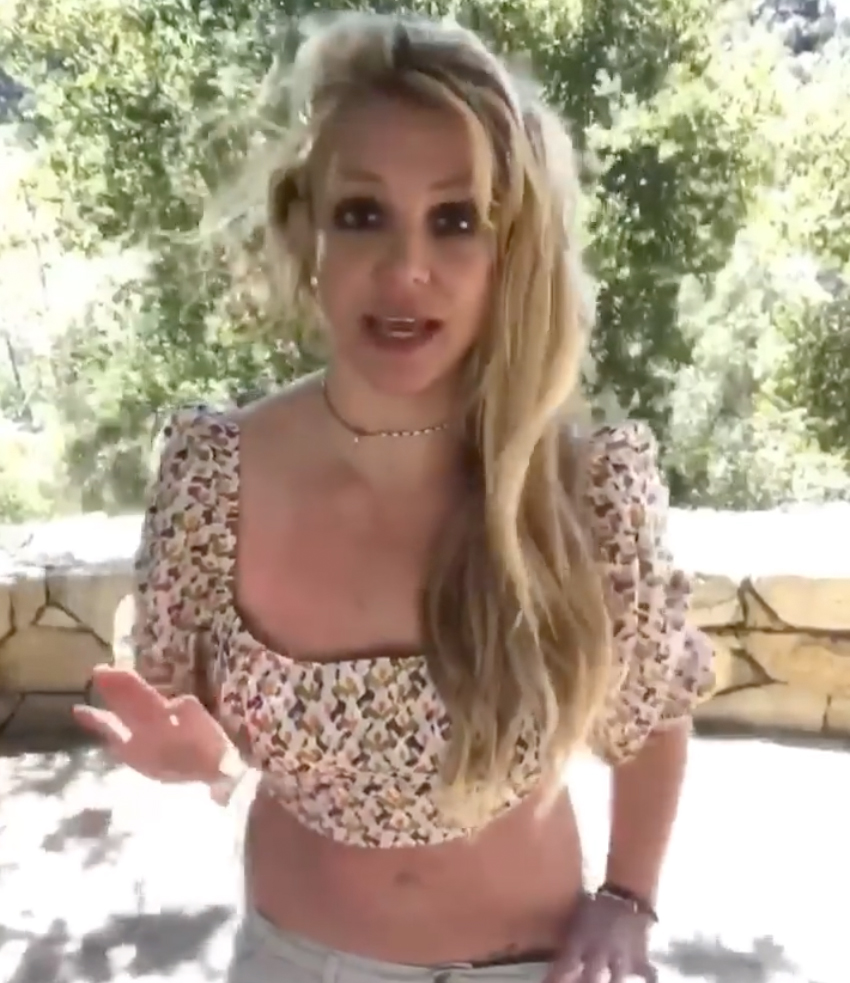 In the second question, Spears addressed the photo of a red refrigerator that she posted last month.

"The second question that you guys have been asking me is basically what does the red refrigerator mean on my Instagram?" Spears said. "Honestly I just thought it was cool. I thought it was vintage, it was red and just really cool."

Finally, the last question the singer answered was a much-asked question: "Am I okay?"

"I'm taking a break right now because I'm enjoying myself."

In the caption, Spears explained that she filmed the video the day before she headed to Malibu, California, to go shopping.

READ MORE: Britney Spears is 'flattered' people care so much amid ongoing conservatorship

READ:  Gabrielle Union Says Dwayne Wade Does NOT Like It When She Gets Naked On TV!

"This was me yesterday before I went to Malibu randomly in my boyfriend's brown blazer to stay in disguise," she wrote. "But s--t ... the paps still found me!!!!"

"I did find a cool new store that I suggest called @brandymelvilleusa," Spears continued. "It's not a dressy store, more like a clothing store for women who love workout gear that has a touch of sweetness and a touch of hotness ... not just your typical leggings routine for working out ... they had some adorable dresses too !!! I'm so excited for summer ... what have you guys been up to ???"