Britney Spears has made a rare public appearance with her boyfriend Sam Asghari as his date at a wedding.Asghari, 27, posted a series of videos to his Instagram Story while attending his friend’s special day on Saturday, April 24.https://www.instagram….

Britney Spears has made a rare public appearance with her boyfriend Sam Asghari as his date at a wedding.

Asghari, 27, posted a series of videos to his Instagram Story while attending his friend's special day on Saturday, April 24.

"Thanks to science, we get to dance again," he wrote alongside a video of himself and Spears, 39, showing off their moves at the wedding reception. "When Persian and American culture combines."

"About last night #vaccinated #thankyouscience," the personal trainer wrote in a post.

Spears looked to be in good spirits at the event, smiling in the photos and videos in what would be her first major public appearance in more than a year. The 'Toxic' singer has been on the down-low and out of the spotlight amid her ongoing conservatorship battle. 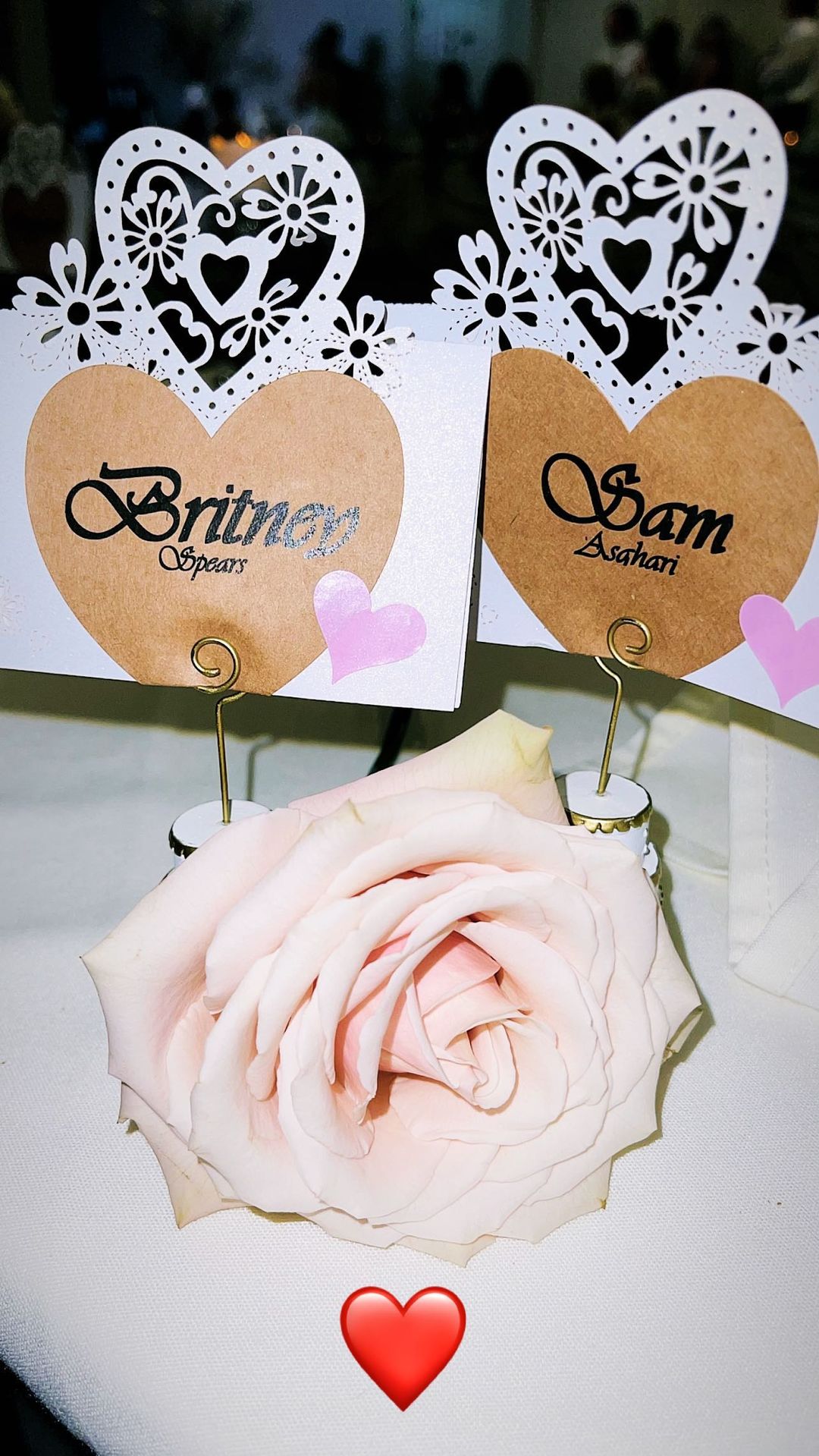 Last week, Spears updated fans on her health — sharing a video to her Instagram account answering three popular questions asked by her fans.

"Yes, I'm totally fine," Spears answered a question from fans who asked if she was OK. "I'm extremely happy, I have a beautiful home, beautiful children.

"I'm taking a break right now because I'm enjoying myself."

Spears' personal and professional life has been embroiled in speculation and scandal with the rise of the #FreeBritney hashtag, and release of The New York Times-produced documentary Framing Britney Spears in February 2021.

The documentary focused on the pop star's ongoing legal battle with her father, Jamie Spears, to remove him as sole conservator of her conservatorship, and how the public and media's treatment of her has affected her to this day.