The 21-year-old shared the news on Instagram Stories last night, telling her followers she and the Western Bulldogs player, 19, had parted ways.

"Thank you to everyone for all the photos and messages," she wrote. "Jamarra and I have now gone our separate ways. I appreciate your messages and thank you for respecting my privacy." 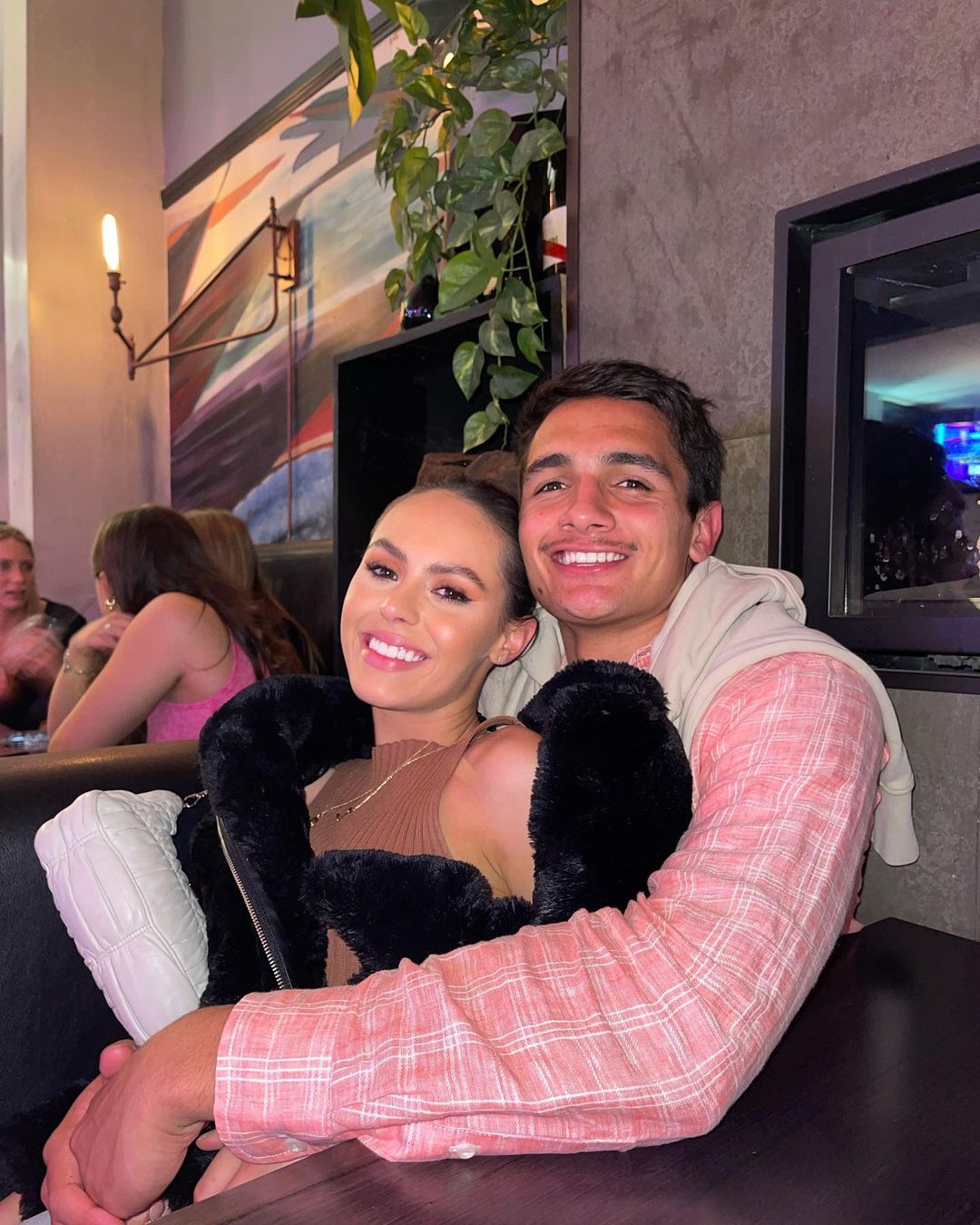 The pair went public with their relationship in March when Mia shared a first couple photo of them on Instagram.

They were reportedly together for eight months before going public. But their big Instagram-official moment attracted criticism with many trolls making derogatory remarks towards the aspiring model for having dated two footballers — the trolls cited her former relationship with Richmond player Daniel Rioli, who she dated for two years prior to Jamarra.

The comments were so hurtful, Mia's stepdad Brendan spoke out in her defence. 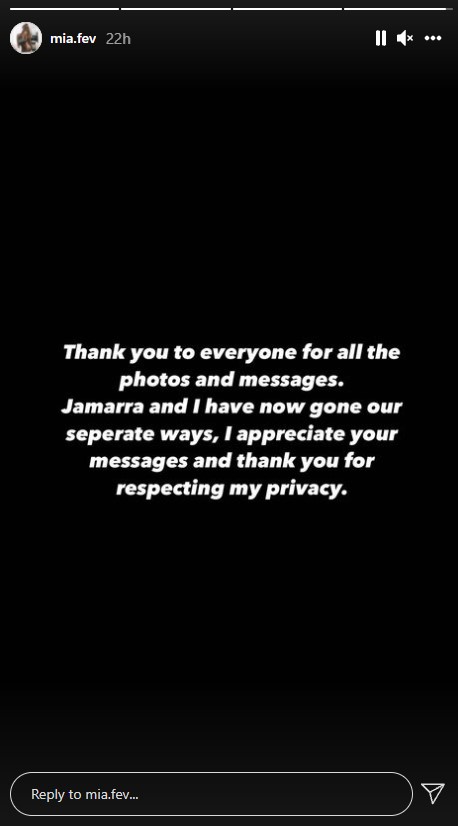 "As a father, that hurts. That hurts me that they think that of Mia," he said on his radio show Fifi, Fev and Nick. "She can date whoever she wants, she can go out with whoever she wants, whenever she wants. Blokes can do whatever they want. They can date girls and no one judges them … Mia's been with a couple of football players. That's OK. People date tradies. That's their profession."

READ:  Jason Momoa 'Didn't Know' How to Be a Dad After Growing Up Without One 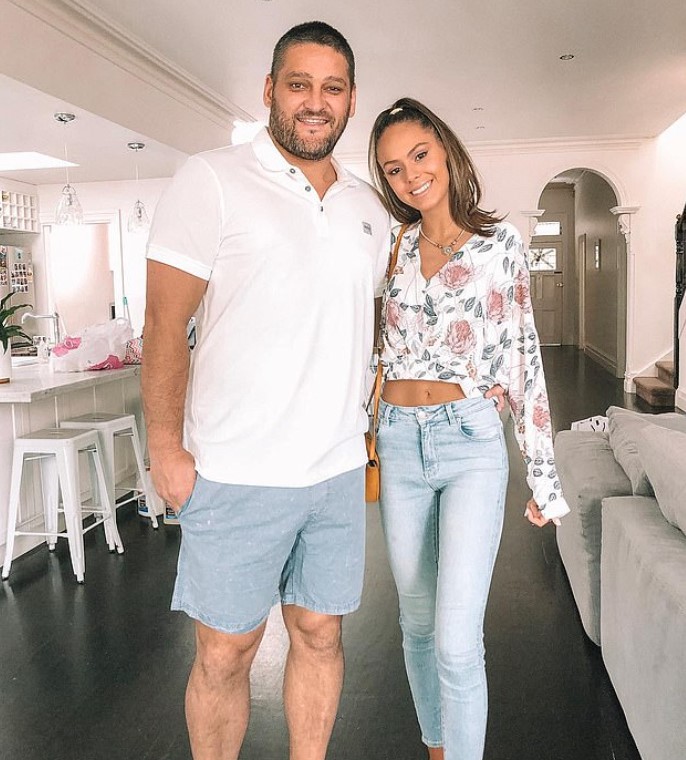 "All the trolls that come out, and the keyboard warriors... slut-shaming my daughter — it's just not on. It just pisses me off," he added. "As soon as she goes out and does something like that and posts a picture, you get idiots behind a keyboard — mostly men — hammering her. It just pisses me off that people can write that and say vile things online about any girl, not just Mia."

Mia has since removed all photos of Jamarra from her Instagram grid, but the young model still appears on his account.

Mia is the daughter of Brendan's long-term partner Alex Fevola. The duo officially divorced in 2014 after nine years of marriage but reconciled soon after. They share three other daughters: Leni, Lulu and Tobi.