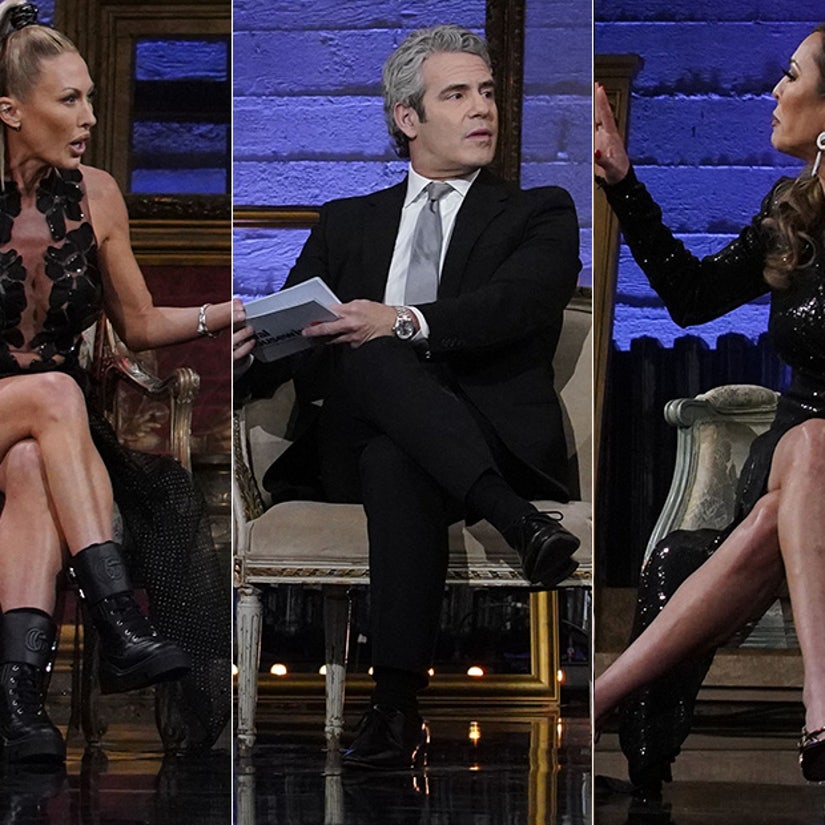 Shannon Beador accused her of offering to get her 14-year-old daughter "the good stuff -- plus, the "RHOC" reunion featured a surprise coming out and why Kelly Dodd shouted, "I'm Black!"

Things took a turn for the serious in the first part of the "Real Housewives of Orange County" reunion last week when Shannon Beador accused Braunwyn Windham-Burke of offering to her then-14-year-old daughter drugs at a beach barbecue.

This week, Braunwyn broke down in the face of that reality. "I'm sorry. I get it," she said through tears. "I'm so sorry that I did that."

Shannon had shared the story last week, saying, "When my daughter Stella was 14 years old at her very first beach barbecue, you went up to her and said, ‘Stella, if you want the good stuff, text me.'"

"I would never do that sober," Braunwyn said. As the conversation continued, Braunwyn broke down completely, calling herself "f------ disgusting," at the same time seeming to acknowledge she has no specific memory of it.

"I wasn't pretty and I did a lot of things I was ashamed of," Braunwyn explained. Now a recovering alcoholic, Braunwyn has had to face a lot of those things. "I can believe I did it," she said. "I did terrible things but I -- Wow -- I'm so sorry."

Ultimately, it looks like Shannon appreciated Braunwyn taking ownership of her behavior and apologizing for it, telling her, "Okay. I appreciate that."

Emily Simpson believed Braunwyn's sincerity, saying, "I don’t think Brauwyn owns a lot of things she does, and she’s owning this."

Shannon said that she was able to understand that Braunwyn was in a rough place at that time, and had since spoken to her daughter about Braunwyn's alcoholism and the incident on the beach.

But while some of the ladies were understanding, Kelly Dodd was shocked that Shannon said she now had an understanding about the whole situation. "You understand?" she shouted. "If someone said that to my daughter, I would go nuts."

Even as the conversation moved on to other topics from the just-wrapped season, Braunwyn was clearly still torn by Shannon's story, breaking down again later in the show. Ironically, it was Shannon who moved to console her, telling her that it was "a long time ago."

"I think out of all the things I’ve done, that may be the worst," Braunwyn said before excusing herself from the stage.

Later in the hour, things got even more heated between Braunwyn and Kelly as their political beef from throughout the season reached a crescendo.

Braunwyn accused Kelly of sending her "racist texts," while Kelly said Braunwyn was too critical of the cast for not vocally supporting social movements like Black Lives Matter ... like she'd just done in this very reunion.

It all stemmed back to Kelly's "Drunk Lives Matter" hat, which Braunwyn found both insensitive and racist. And she wasn't alone, as Kelly was dragged on social media for those same reasons. But she'd clearly had enough of it.

"I'm Black! How am I racist?" screamed Kelly. When pushed to explain what exactly that means, Kelly said, "I'm Native American, I'm Black and I have Asian in me."

"But you don't identify as an African American?" Andy asked her.

"You have not walked through life as an African American," Andy continued, clearly emphasizing that this is a very distinct reality that you can't just claim.

Conceding that point, Kelly said, "But I have as a Mexican."

But that wasn't enough for Braunwyn, who said that "you can be a minority and be racist, they're not mutually exclusive." She also emphasized that everyone there has "been awarded the privileges of white people."

Kelly took to Instagram earlier in the week, to try and head off any reaction to her shouting, "I'm Black!" She explained her genetic breakdown from a DNA test, revealing that she is four percent Black, 28 percent Native American and 54 percent Spanish/Portuguese.

"I've been discriminated against for my Mexican heritage," she wrote. "I've experienced racism and it's a trigger for me when others who haven't try to weaponize racism against me."

It was an emotional night for Braunwyn, who reiterated that she had not felt support from her cast-mates after coming out as lesbian in 2020, telling them that she felt there was no one there she could "talk to about LGBTQIA rights or Black Lives Matter."

This led to an unexpected reveal from Elizabeth Lyn Vargas, who quickly countered by asking Braunwyn, "Have you ever asked me?" She went on to add dismissively, "I'm bi, but whatever."

Asked by Andy Cohen if she'd always identified that way, Elizabeth told him, "100 percent, but I don't practice it ... I just don't have any interest in meeting a new woman right now." As noted by Andy, she is currently in a relationship with a man.

Meanwhile, Braunwyn brought out her husband Sean to try and clear the air and explain what her coming out has meant to her family, including their seven children. Their plan is to remain married, and living together, while dating other people.

Sean agreed, adding, "I hope that we can maintain a good decent structure for our kids so they can actually have something healthy and see something different."

As for happiness, he said that Braunwyn's happiness in being able to be her true genuine self after 25 years together has made the whole thing easier for him. At the same time, he admits that it's not been easy.

One tough moment for the couple came when Braunwyn told Andy she's "never been attracted to men physically," adding that "it breaks my heart to say that." Sean quickly agreed it's heartbreaking for him to hear, as well, considering all their years together.

"Of course we have an emotional connection," he said. "We're best friends and we enjoy each other that way, we really do. But that was a part of our relationship that was really hard and really challenging."

And despite the challenges, he described it as "a relief" when she did finally come out. "It really was. Because the elephant in the room is, this isn't something we can fix," he said. "She's attracted to women." 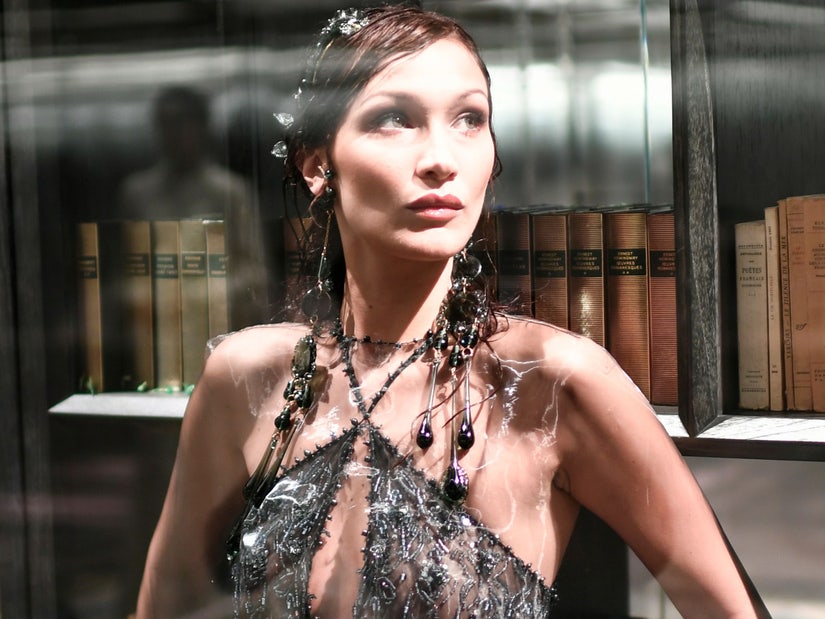