Betty still looked like she was in good health less than two weeks before she died.

Always be remembered. Betty White‘s last photo before her death was posted by her assistant on what would’ve been her 100th birthday.

White‘s assistant, Kiersten, took to the late actress’ Facebook account on January 27, 2022—her 100th birthday—to post a photo of the Golden Girls alum taken 11 days before her death on December 31, 2021. The picture, which was taken on December 20, 2021, showed White in red lipstick as she sat on a chair in a green patterned silk blouse, a light green top and white pants. “Hello Everyone! It’s Kiersten. Betty’s Assistant. On this special day, I wanted to share this photo of Betty. It was taken on 12/20/21,” she wrote. “I believe it’s one of the last photos of her. She was radiant and beautiful and as happy as ever. Thanks to all of you who are doing kind things today and every day to make the world a better place ❤️” Kiersten wrote in the caption.

Kirsten was one of the few people by White’s side when she died on the morning of New Year’s Eve 2021 from a stroke. In an interview with The New York Post in January 2022, White’s former Mama’s Family co-star, Vicki Lawrence, revealed that White’s last word before her death was her late husband Allen Ludden’s first name. “I texted Carol and said, ‘This just sucks. I hate this. It’s just horrible to see the people you love so much go away,’” she said. “Carol wrote back and said, ‘I know, I know. I spoke to Betty’s assistant, who was with her when she passed, and she said the very last word out of her mouth was ‘Allen.’” She continued, “How sweet is that? I said, ‘That is so sweet. God, I hope that’s true. For all of us, I really hope it’s true, a lovely thought.’” White was married to Ludden from 1963 until his death in 1981. Ludden died at the age of 63 from stomach cancer.

How did Betty White die? 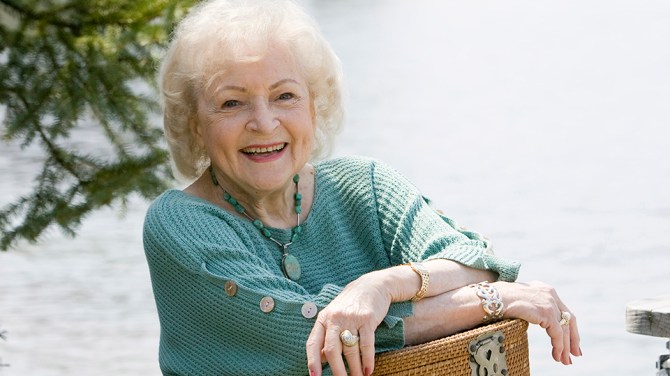 Betty White died on December 31, 2021. She was 99 years old. Her death, which came three weeks before her 100th birthday, was confirmed by her agent and friend, Jeff Witjas. “Even though Betty was about to be 100, I thought she would live forever,” Witjas said in a statement to People at the time. “I will miss her terribly and so will the animal world that she loved so much. I don’t think Betty ever feared passing because she always wanted to be with her most beloved husband Allen Ludden. She believed she would be with him again.”

How did Betty White die? White died in her sleep at her home in the Brentwood neighborhood of west Los Angeles at around 9:30 a.m. PT on December 31, 2021, according to TMZ. “Betty died peacefully in her sleep at her home early this morning,” Witjas told People. In an interview with People before her death, White expressed her excitement at turning 100 years old. “I’m so lucky to be in such good health and feel so good at this age,” she said at the time. “It’s amazing.” White also joked about her secret to a long life. “I try to avoid anything green. I think it’s working,” she said.

Witjas confirmed in an interview with People at the time of White’s death that the comedian made him a “promise” to live to 100 years old, which she almost kept. “She was an incredible lady. Hard to put into words,” he said. “We had a special relationship, far more than just a client.” He continued, “We became really good friends and we always laughed no matter what we did. She was always positive and she always saw the bright side. She promised me she would live to 100 — and she almost did.”

Witjas also told People that he and White would often joke about her 101st birthday because they were so sure she’d live to be 100. “We kidded. I said, ‘Betty, we know you’re going to turn 100. Let’s start focusing on 101.’ I mean, that’s really how we kidded around,” he said. “She never made it a big deal.” Though White never made a “big deal” about her age, Witjas did recall White telling him, “Wow, that’s a pretty large number,” when she realized how close she was to turning 100 years old. He continued,  “But we didn’t sit there and say, ‘Betty, how did you do it? What did you do?'” He also told People that White would often joke about her diet.

Witjas also explained why White chose not to replace her golden retriever Pontiac who died a few years ago. “I had asked her if she wanted another animal, and she said to me she would prefer not because if she got a puppy or she went to a shelter, she’d always figured that the dog would outlive her,” he said. “And I would kid her. I said, ‘Betty, you’re outliving everybody. You’re not going anywhere.’ But she was so sensitive to animals.” As for what her life represents, Witjas said, “Her work speaks for itself. Her legacy was sealed. It was sealed years ago.”

What was Betty White’s cause of death?

What was Betty White’s cause of death? White’s cause of death is listed as a “cerebrovascular accident  on her death certificate. According to TMZ, which obtained a copy of White’s death certificate, a cerebrovascular accident is a loss of blood flow to part of the brain, resulting in brain tissue damage. TMZ also reported that White suffered a stroke six days before her death.

After her death, there was a rumor that White died three days after she received the booster for the COVID-19 vaccine on December 28, 2021. The rumor came from an alleged quote from White about the COVID-19 vaccine, which users shared on Twitter and Facebook after her death. “Eat healthy and get all your vaccines. I just got boosted today,” read the quote, which users would share with a link to an article by the Minnesota news outlet, Crow River Media, with the headline, “Betty White: I’m lucky to still be in good health.”

The Associate Press confirmed that the quote—which was used to connect White’s death to the COVID-19 vaccine—was fake. Witjas also told the AP that the quote isn’t real. “Betty never said this,” he said. He also confirmed that White didn’t receive the booster for the COVID-19 vaccine three days before her death and died from natural causes. “Betty died peacefully in her sleep at her home. People are saying her death was related to getting a booster shot three days earlier but that is not true,” he said. “She died of natural causes. Her death should not be politicized — that is not the life she lived.” He continued, “She never said that regarding the booster. Betty died of natural causes. She did not have the booster three days before she died.”

Witjas also confirmed to People that White was under a doctor’s care in the final months of her life due to the pandemic. “[She] was really simply spending each day at her home. She didn’t go out. She was under a doctor’s care, not for any reason, other than just being careful with COVID,” he said.  I know there was a period where she would address all the fan letters. I think, she just didn’t have the energy to respond the way she used to. She was reading, she just lived her life. She was home in her comfortable surroundings.”

READ:  The Pursuit of Love: Cast, plot, release date and everything else you need to know about the show

Witjas also told People that he didn’t know if White fully understood how loved she was by her fans. “I don’t know if she ever embraced it, [or] really, really felt it. The extent of it. I really don’t,” he said. “I would always reinforce it with her because I always felt she should know that. I never wanted her to think while she was sitting at home, that the world has passed her by. It never did.” He continued, “Betty lived a great life and she lived a life that she chose. She was happy,” Witjas adds. “Every time I told her, ‘Betty, you’re loved,’ she would look at me with a wry smile and say, ‘Really?’ I hope she knew. I think she did. It was something beyond love.”

The Golden Girls is available to stream on Hulu. Here’s how to watch it for free. 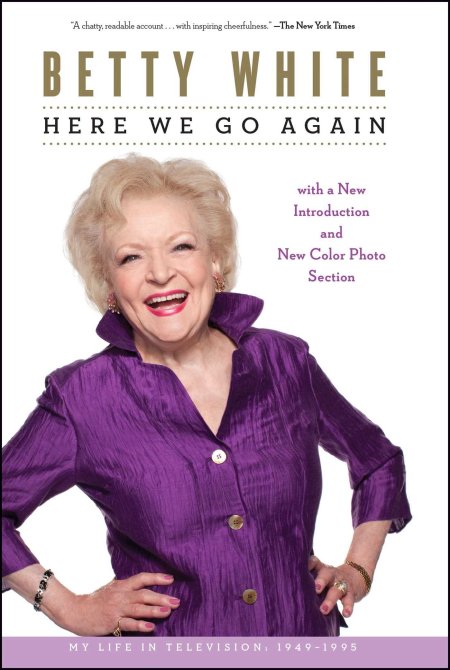 Here We Go Again: My Life In Television by Betty White

For more about Betty White, read her 2010 memoir, Here We Go Again: My Life in Television. The New York Times bestseller takes readers through White’s 50-plus years on television in shows Life With Elizabeth, The Mary Tyler Moore Show and The Golden Girls. Packed with White’s trademark humor and never-before-heard stories about her Hollywood friends and her off-screen life, Here We Go Again follows White’s career from her start on radio and her first TV show, Hollywood on Television, to some of her final years of life as one of the hardest-working actresses in Hollywood ever. Here We go Again: My Life in Television is a must-read for anyone who wants to remember Betty White’s life and legacy.