Celebrity ‘blinds’ have been a thing for decades –– scandalous celebrity gossip is reported without names, leaving it up to the audience to figure out who’s actually involved. Sometimes they’re totally made up, but sometimes they turn out to be 100 per…

Celebrity 'blinds' have been a thing for decades –– scandalous celebrity gossip is reported without names, leaving it up to the audience to figure out who's actually involved. Sometimes they're totally made up, but sometimes they turn out to be 100 per cent true.

For example, here is a blind item posted to a popular site: "This foreign born one-named A+ list singer has turned down tens of millions of dollars from companies who want to exploit her weight loss by pretending it was because of their product. All of that is tough to claim, when it was surgery."

All signs point to this one being Adele, but some tips are a lot more obscure than this. 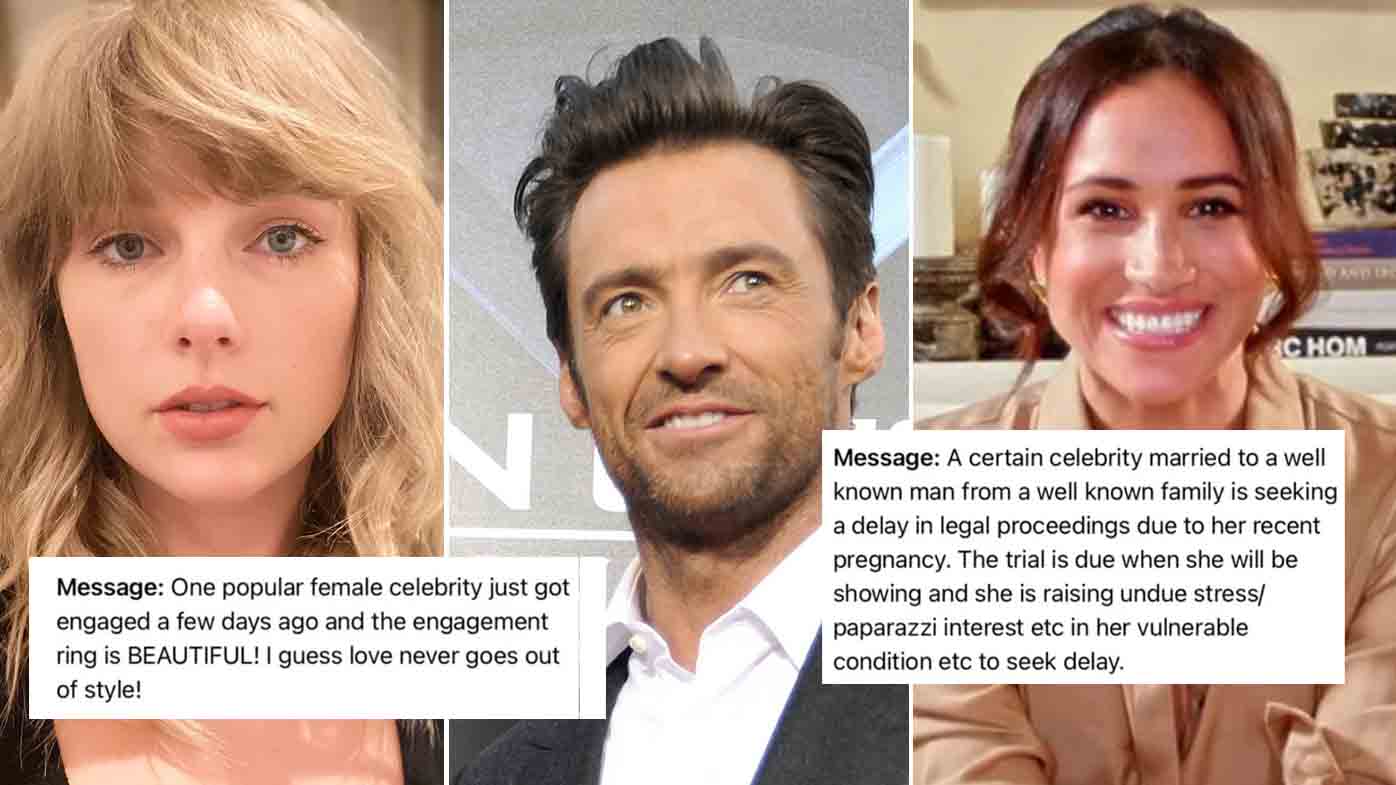 This year, celebrity blind items have hit the mainstream. The Instagram account @deuxmoi has surged in popularity in the last few months, and has become a favourite spot for unverified Hollywood gossip. It's run by a single person, who gets tips sent in via DM and anonymous email from insiders in the know. 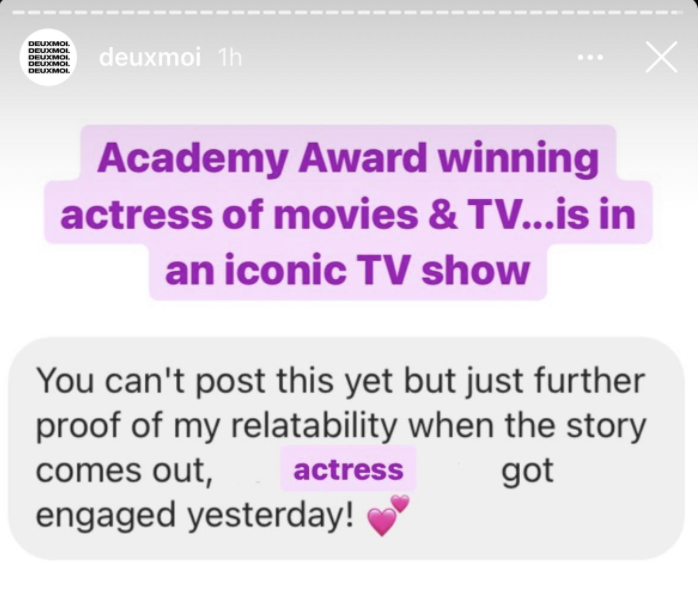 Some of the tips they share are hard to verify, but there have been a number of times where news has broken on Deuxmoi before anywhere else –– for example, when the set of Olivia Wilde's film had to be shut down for a COVID outbreak. Breakups and pregnancies are vaguely speculated about, only to be revealed a few weeks later. Music releases and high-profile collaborations are often posted on Deuxmoi before they're officially announced.

Whether it's gossip about a secret pregnancy, reports of Scott Disick out with a new girlfriend, or just photos of Timothée Chalamet riding his bike through New York's West Village, the Deuxmoi Instagram stories are a pure delight. So what does it take to run one of the most beloved user-generated gossip platforms on the internet? We had a chat with the mystery person behind Deuxmoi to find out how they get good information, how it's vetted, and their favourite celebs to gossip about.

Do you ever get really good gossip that you can't post?

Is there a way that you can tell when a tip is real or fake?

I will never know for sure if something is 100 per cent true but I will have a strong intuition about the information I receive. There are a lot of factors that can go into determining if a tip is fake or can seem real but I can't give away how I play detective! 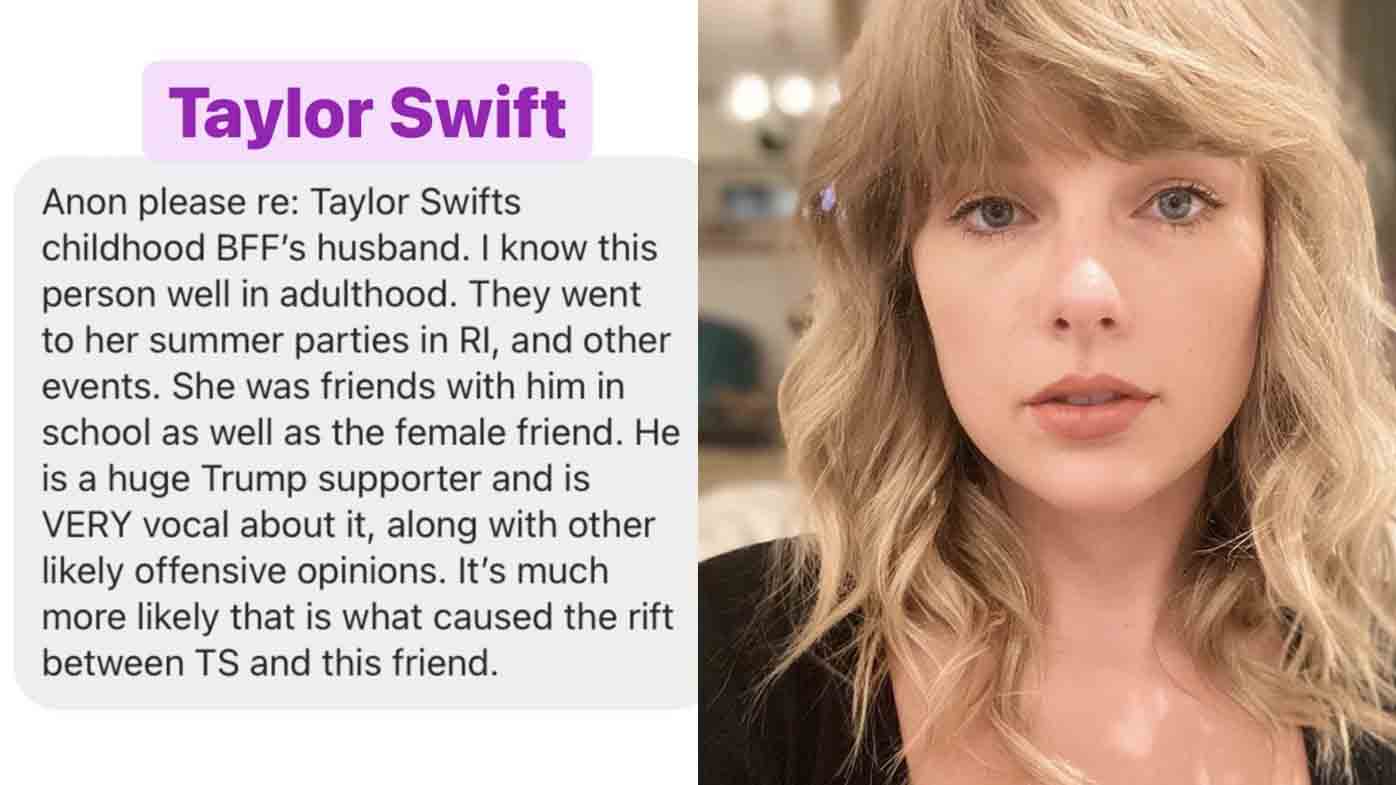 Sometimes you choose to hide a celebrity's name or other details — why do you hide info on some tips but not others?

There are a few reasons for this: sometimes the source asks me to, sometimes since I do not confirm information it makes me more comfortable to keep it vague and sometimes I like to make it a blind for fun... to get the people guessing!

Do you ever get celebrities or PR contacting you with "tips" to get themselves press?

If they do then they use a fake account or submit through the website where they can use a pseudonym and fake email. 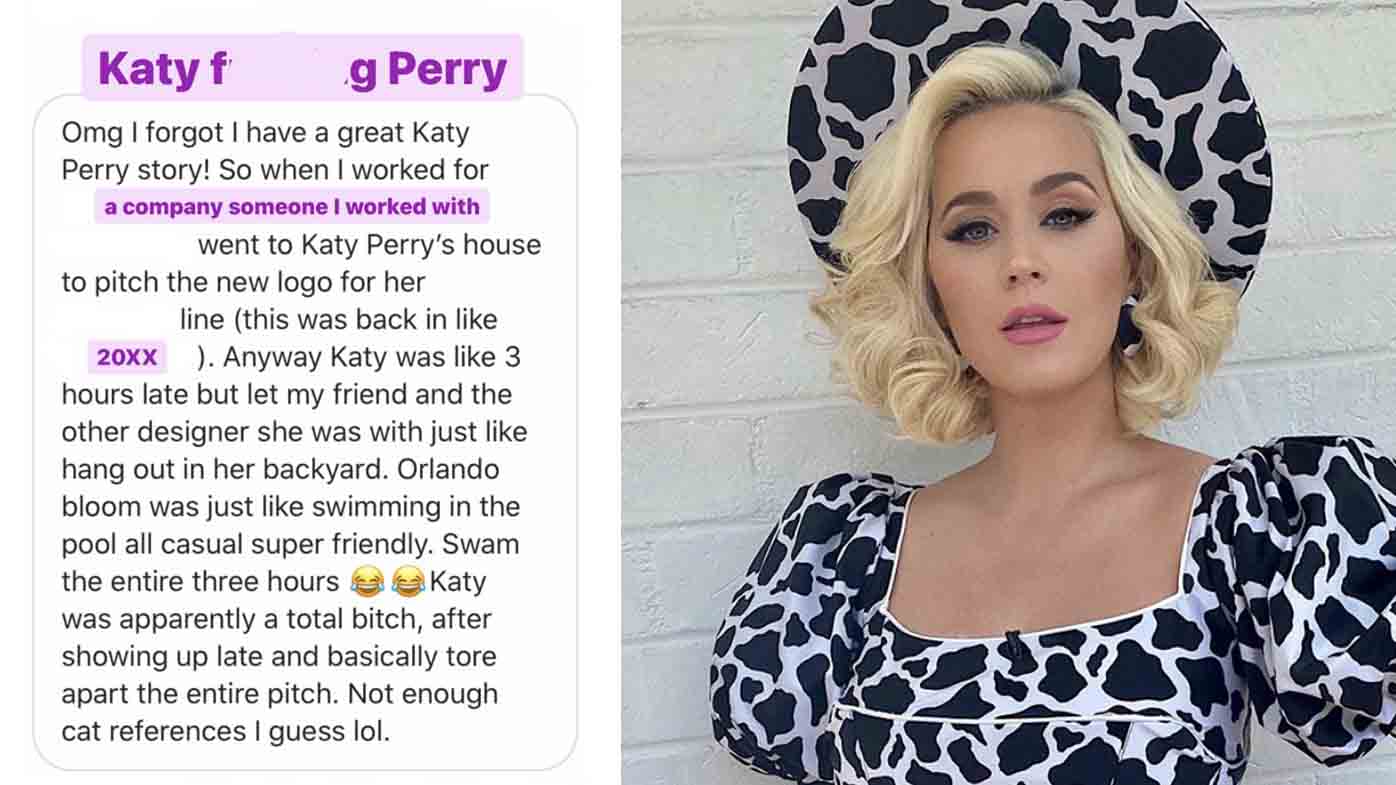 The account was started in 2013 because we had a lifestyle website at the time and the IG account was our social media for the website. It was a lot of work to create content for this website (it was just a hobby, nothing full time) so in around 2015-ish the website was abandoned but I kept the IG for fun. I would post celeb gossip randomly whenever I felt like it, but nothing was original content...it was just reposting of celeb gossip from around the web. It only became what it is now in March of this year.

How were you able to turn it into such a big account that so many people follow and feed info to?

It was all organically and by word of mouth. I actually have no idea how it happened. Probably because people were bored in quarantine and needed another form of entertainment.

Based on the tips you've received, who do you think is the shadiest celeb in Hollywood? And the nicest or most genuine?

Well, I have received a bunch of DMs about Bill Murray doing tons of shady things!!! 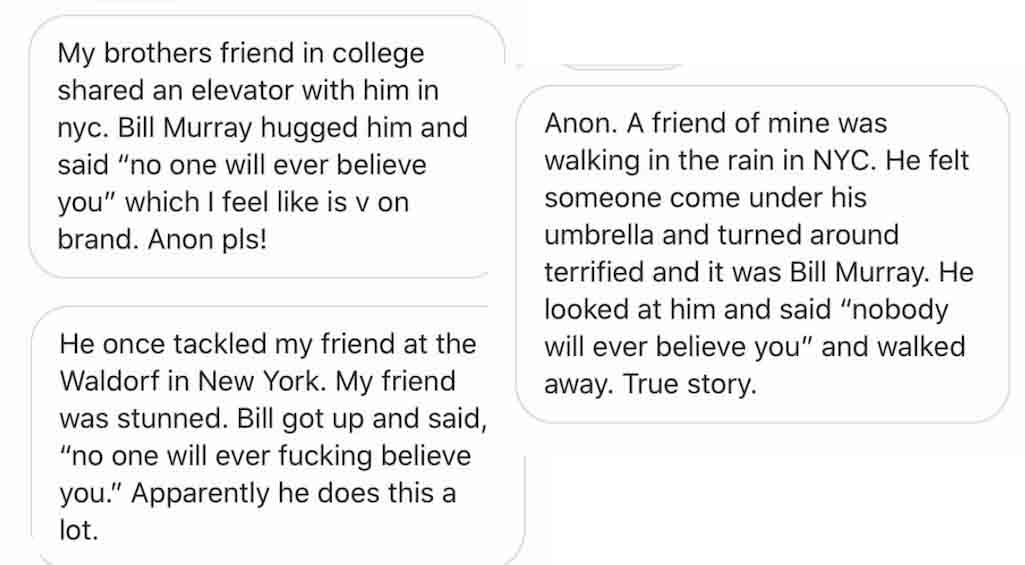 It's actually so insane which makes it is my favourite because who comes up with this stuff! But it's the one that Katy Perry is actually JonBenet Ramsey.

READ:  Everything to Know About "Persuasion" Leading Man Cosmo Jarvis

Is there one burning question you have about a celebrity that you want to find out the truth about?

I am really interested in finding out about what happened with the high profile friendships that are no longer:

I need to know what went down to make these friendships end!