Actor and activist James Cromwell has gone from Succession's Uncle Ewan to real-life supergluin' – pasting his hand to a midtown Manhattan Starbucks counter on Tuesday to protest the coffee chain's extra charge for plant-based milk.

The 82-year-old Oscar nominee, known for Babe: Pig in the City and L.A. Confidential, channelled his role as the crotchety, anti-capitalist brother of a billionaire media mogul for the protest organised by the animal rights group People for the Ethical Treatment of Animals.

Cromwell sat on the Starbucks counter wearing a "Free the Animals" T-shirt and read a statement denouncing the surcharge for vegan milk alternatives. 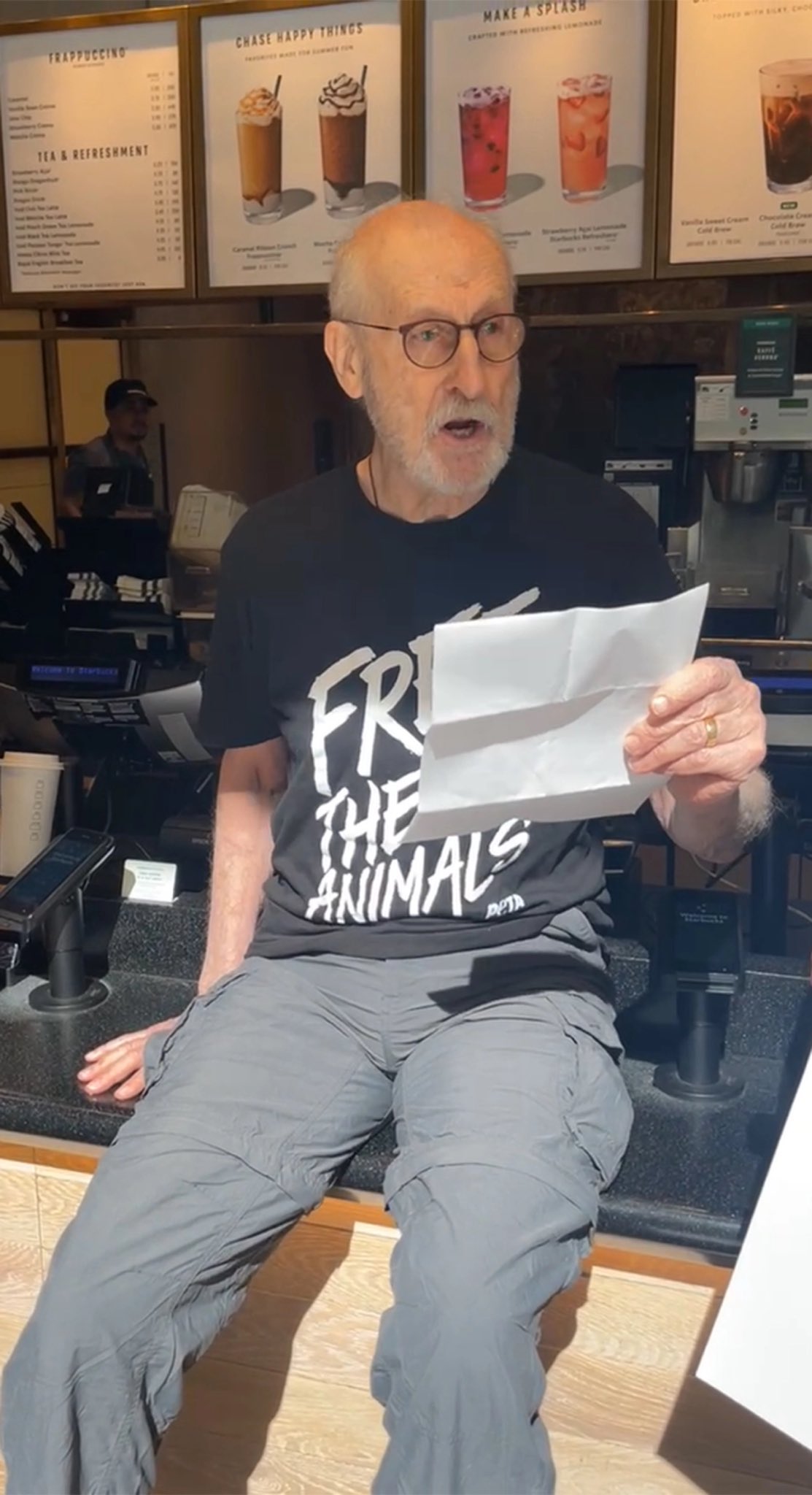 "When will you stop raking in huge profits while customers, animals and the environment suffer?" he demanded as fellow activists streamed the protest on Facebook.

Cromwell glued his hand to the counter, then later used a knife to scrape it off. Police said there were no arrests.

Starbucks outlets in the United States charge 50 cents to a dollar more for drinks made with plant-based milks. 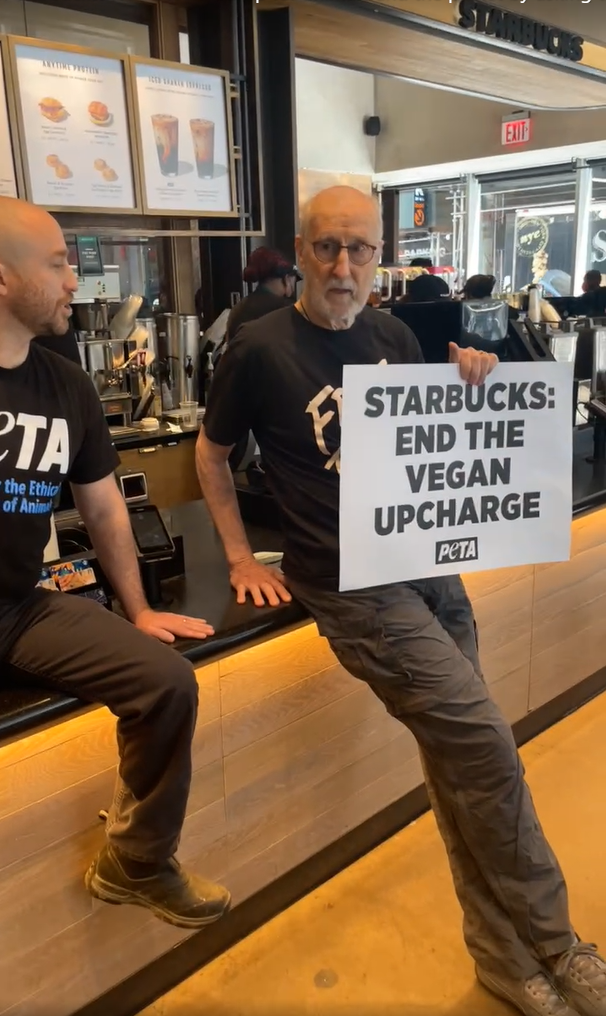 "Customers can customise any beverage on the menu with a non-dairy milk, including soymilk, coconutmilk, almondmilk, and oatmilk for an additional cost (similar to other beverage customisations such as an additional espresso shot or syrup)," a Starbucks spokesperson said in a statement. 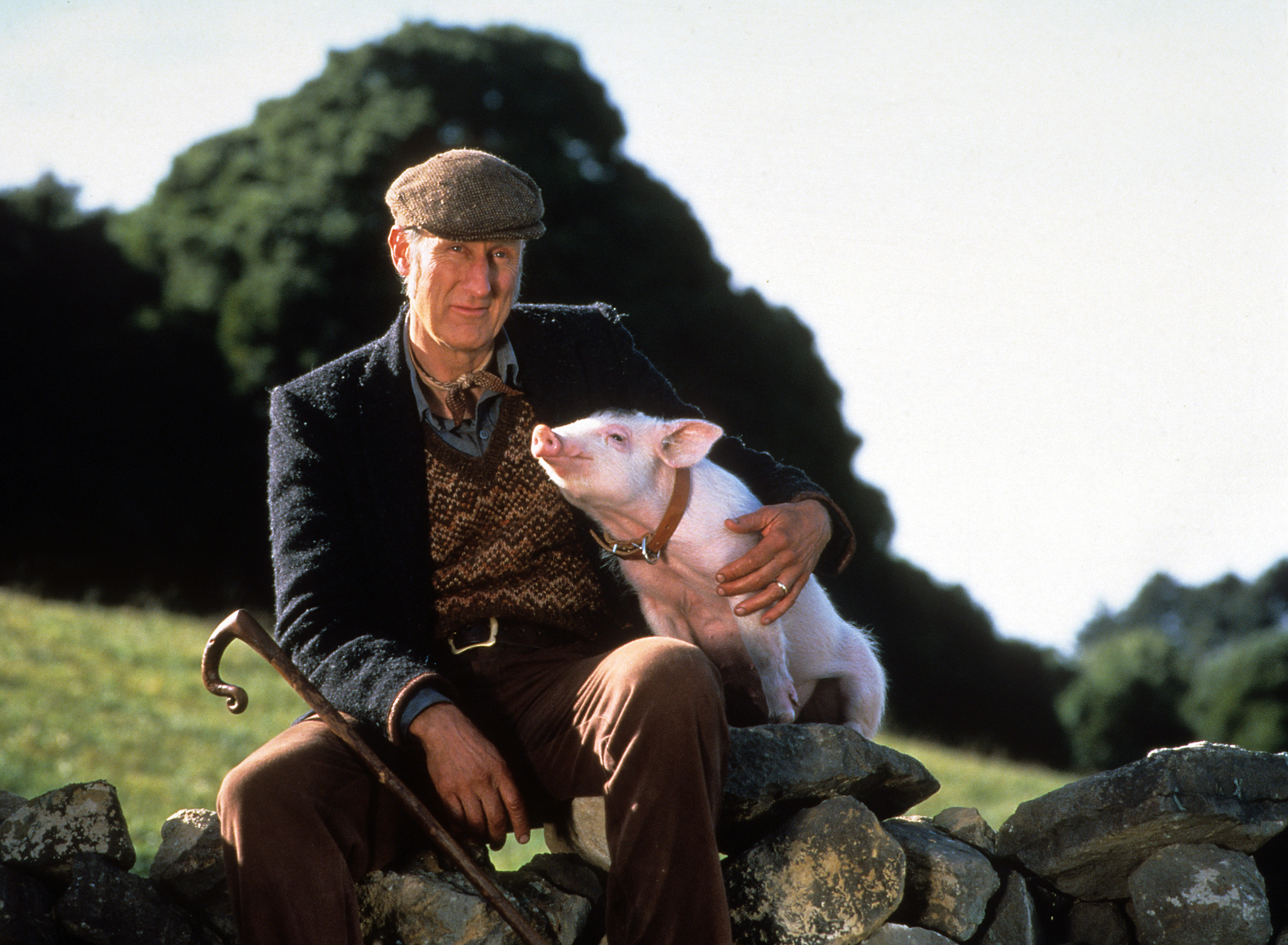 The spokesperson said Starbucks respects customers' right to voice their opinions "so long as it does not disrupt our store operations."

READ:  The Evolution of the Kardashian Christmas Card, from the ’80s to Now

Cromwell, nominated for an Academy Award for his role as the farmer in Babe, is a veteran protester who was charged with trespassing in 2017 for interrupting an orca show at SeaWorld in San Diego.