Training for weeks on end in the blistering cold in Germany would be enough to turn actors off any movie role. But for Aussie star Todd Lasance, it was game on.The Newcastle-born actor was completely invested in his role as a Navy SEAL in the new actio…

Training for weeks on end in the blistering cold in Germany would be enough to turn actors off any movie role. But for Aussie star Todd Lasance, it was game on.

The Newcastle-born actor was completely invested in his role as a Navy SEAL in the new action-thriller Without Remorse, opposite Michael B. Jordan. And if it meant working intensively with a military consultant for three consecutive weeks, so be it.

"I was in my element, rather than being out of my comfort zone," the 36-year-old tells 9Honey Celebrity from his home on the Gold Coast. "I live for that. I was there first thing every day ready to train in those few weeks leading up to the shoot. I was like a kid in a candy store because you're learning from the best. 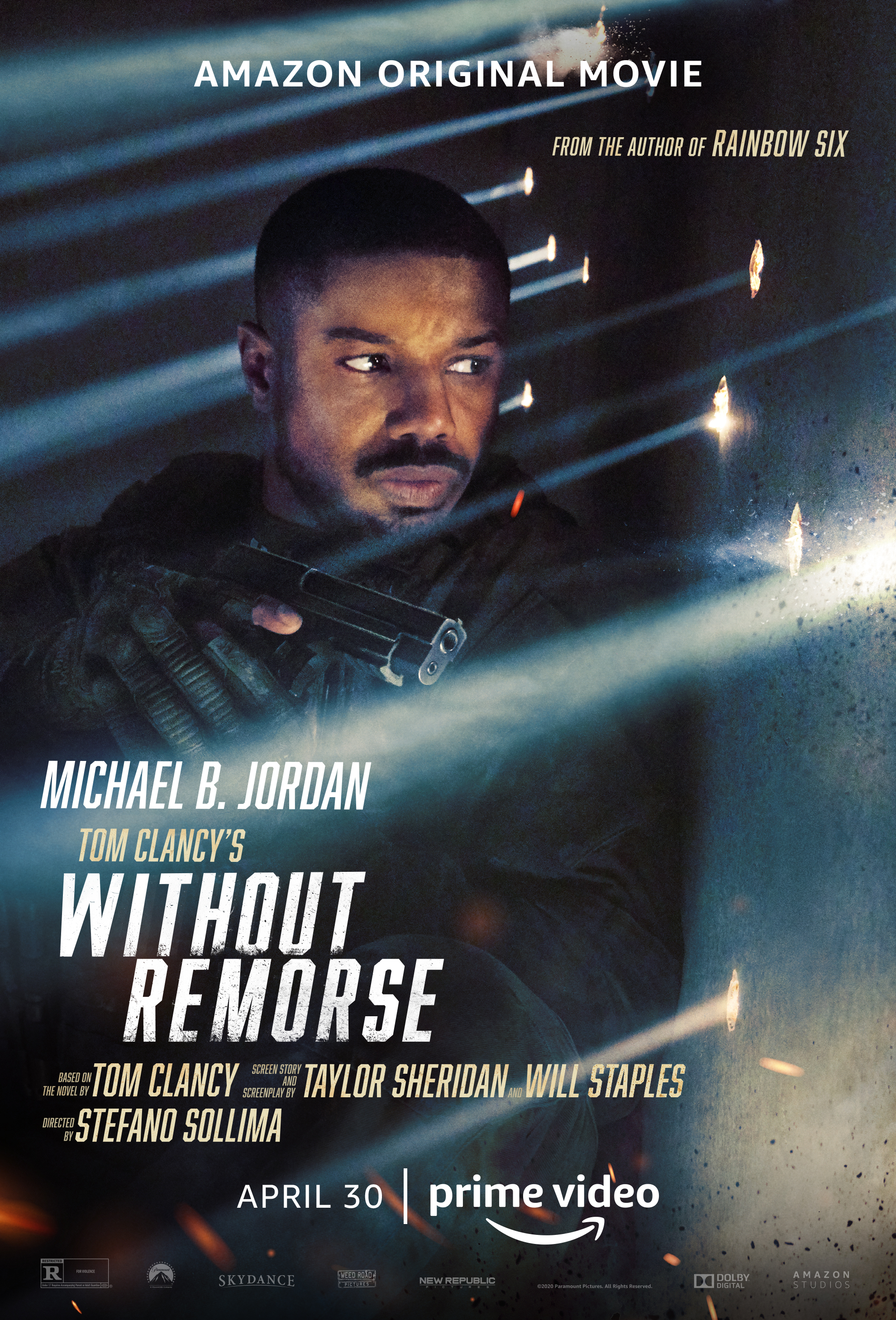 "Not only for the chance to do the training but then to be able to do it live on camera [with] explosions, gunfire... It's intense, it's exhausting, but you feel so fulfilled at the end of the day."

Here, Lasance shares more experiences from the set of his new blockbuster, such as taking shots with co-star Luke Mitchell, meeting Guy Pearce for the first time, and participating in daily push-up tournaments with Michael B. Jordan... 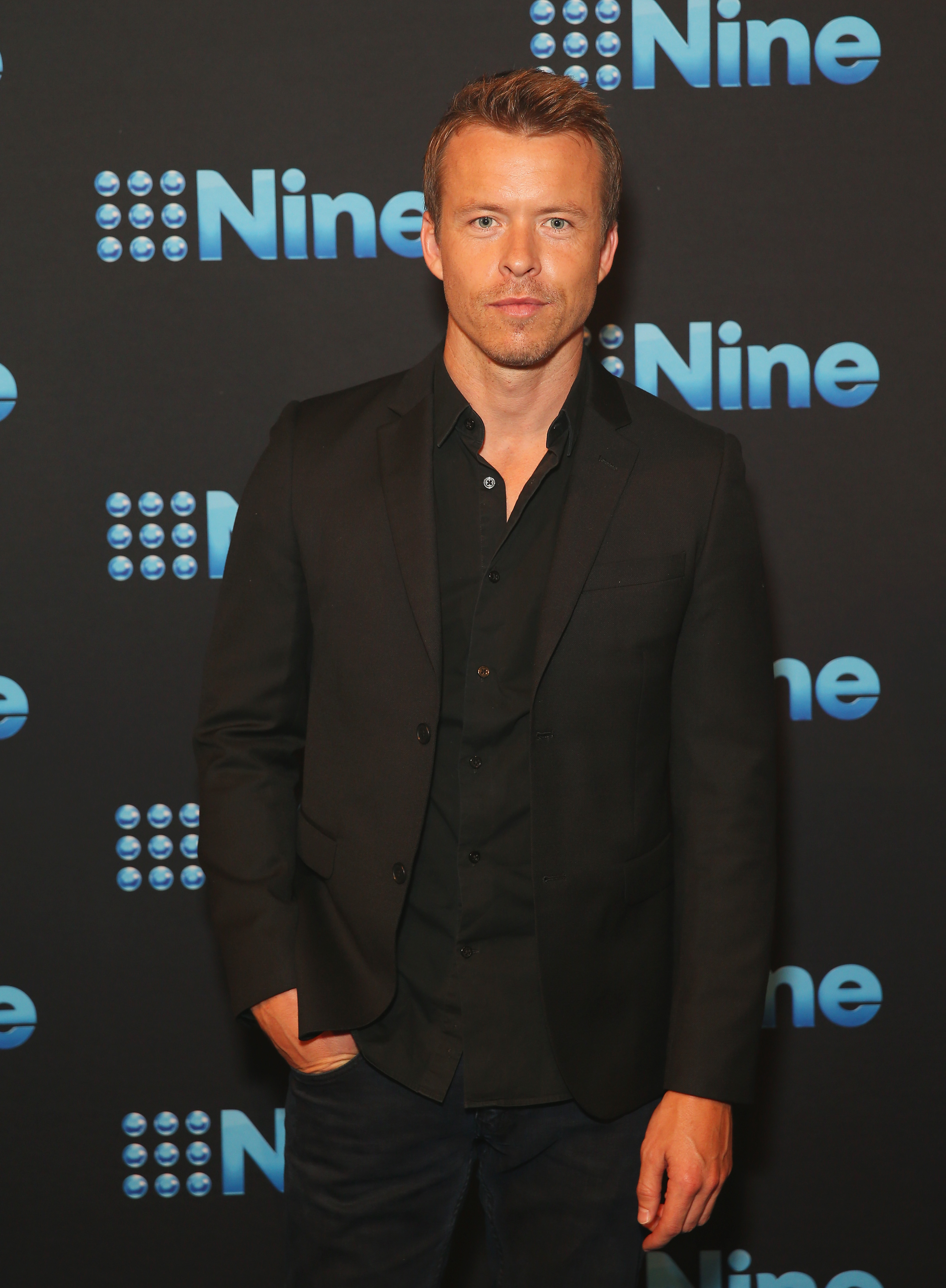 Lasance — who has starred in Aussie productions including Bite Club, Underbelly Files: Chopper and Home and Away — plays a former special forces soldier named Dallas in the film based on Tom Clancy's book of the same name.

Like the novel, the movie follows John Kelly, a Navy SEAL who discovers an international conspiracy while trying to avenge the death of his pregnant wife. Kelly then joins forces with Dallas and a team of elites to expose the powerful figures behind the conspiracy. 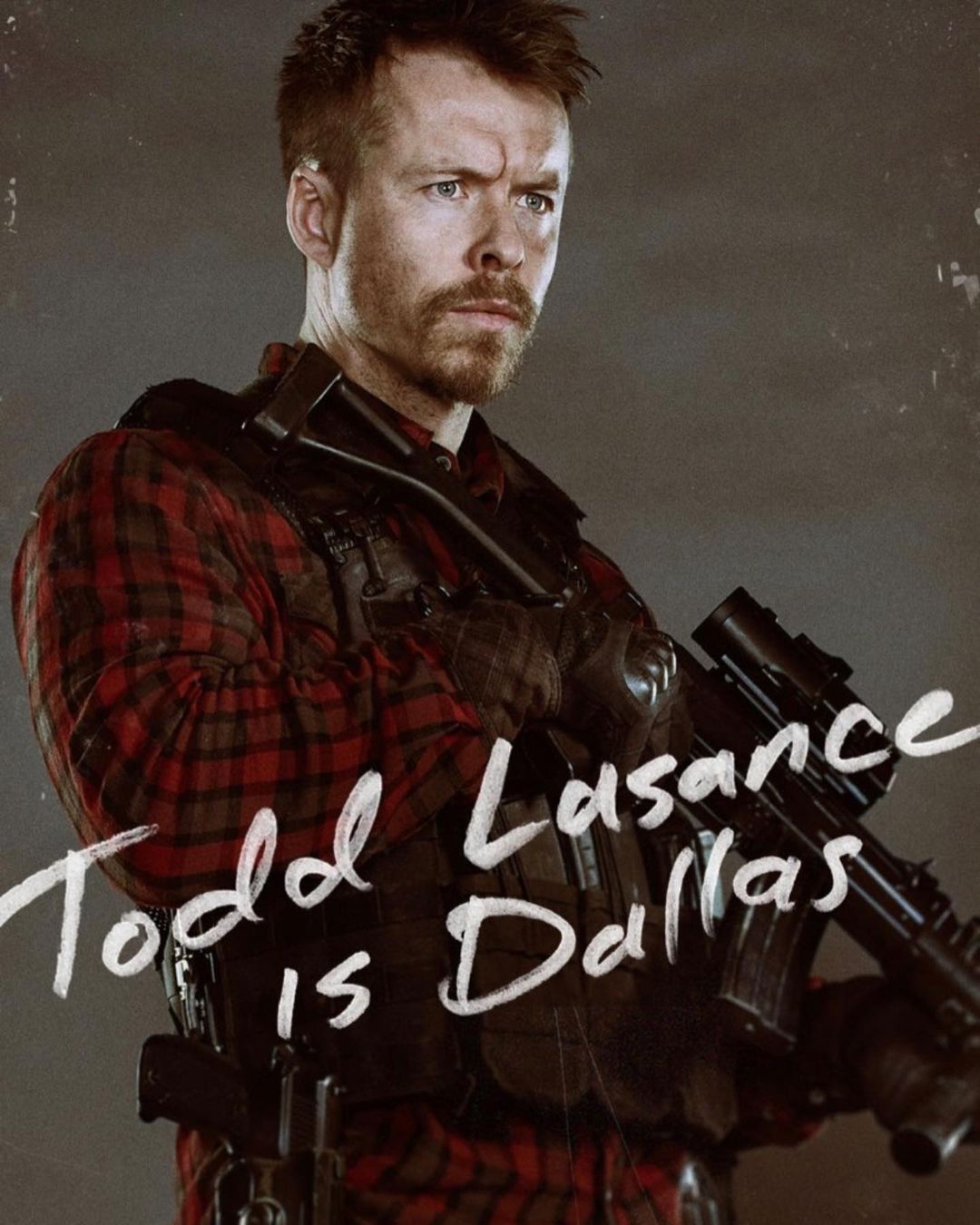 Not only was the role a dream come true for Lasance — "It's the kind of the role you chase for a decade," he says — but he has been a long-time fan of late author Tom Clancy.

"That's what got me most excited about [the film] as well," says Lasance, who has made a name for himself on US shows such as The Vampire Diaries and Spartacus.

"I've been so aware of Tom Clancy in the lead-up. I've played the games, I've watched all of the original films as well — Harrison Ford and all that sort of stuff.

"You can imagine as my little inner child waking up and getting the call to be part of that is just unbelievable. So I'm just excited to see how it's all coming together and where it could potentially go… I think this could just be the start of something pretty massive to carry on.

"Dallas is everything I could've dreamt of as far as living out my military role fantasy."

Shots in auditions: 'A little whiskey for the courage'

Lasance was not the only Aussie cast in the Stefano Sollima-directed movie.

Starring opposite him is fellow Home and Away alum Luke Mitchell (who plays his special ops crewmate Rowdy King) and Guy Pearce (who plays Secretary Clay). Lasance and Mitchell are such good mates, they once lived together in LA. And funnily enough, they both thought they were auditioning for the same role on Without Remorse.

"Luke and I finding out we got the role together was actually the most amazing part because I had called him to say I got a call back for a massive film and he was literally on the phone like, 'Me too. What are you going for?' And I was like, 'Wait, are you joking?' And it happened to be different roles, thank god. So we got to do this process together," Lasance recalls.

The process all began with a shot of whiskey too. Mitchell brought along a bottle of whiskey to their final callback audition via Zoom and they both took a shot to settle the nerves.

"When you're operating with that kind of level of director on a production of that scale, you are terrified. Well, I'm crapping myself, to be honest with you," Lasance admits. "Because those opportunities are so rare to be in front of those people and to know what it could potentially lead to [a role] and then something that you are so passionate about on top of that.

"So, it's a little whiskey for the courage, really… That was just a cheers Luke and I [did] before we started shooting that audition and it paid off." Lasance was also excited to have met Guy Pearce for the first time ever. Both Aussies had never crossed paths before, so Lasance made sure it happened on set.

READ:  Police Swarm Marilyn Manson’s House -- But Not For The Reason You Might Think...

"On the final day [of filming], I did a bit of a lingering on set and I got to meet Guy Pearce for the first time, which was awesome," he shares. "I had never met Guy before and I'd always heard such good things about him. I don't usually do it, but I lingered a little extra because I knew he was on set. He was finishing soon and I was flying home so I just went up and said, 'G'day, mate' and dropped the Aussie stuff.

"It was great. We chatted about home and the project and we stood out there in the blistering cold for about 40 minutes. It was really nice. Honestly, the loveliest, most grounded, beautiful, down-to-earth man you'll meet." 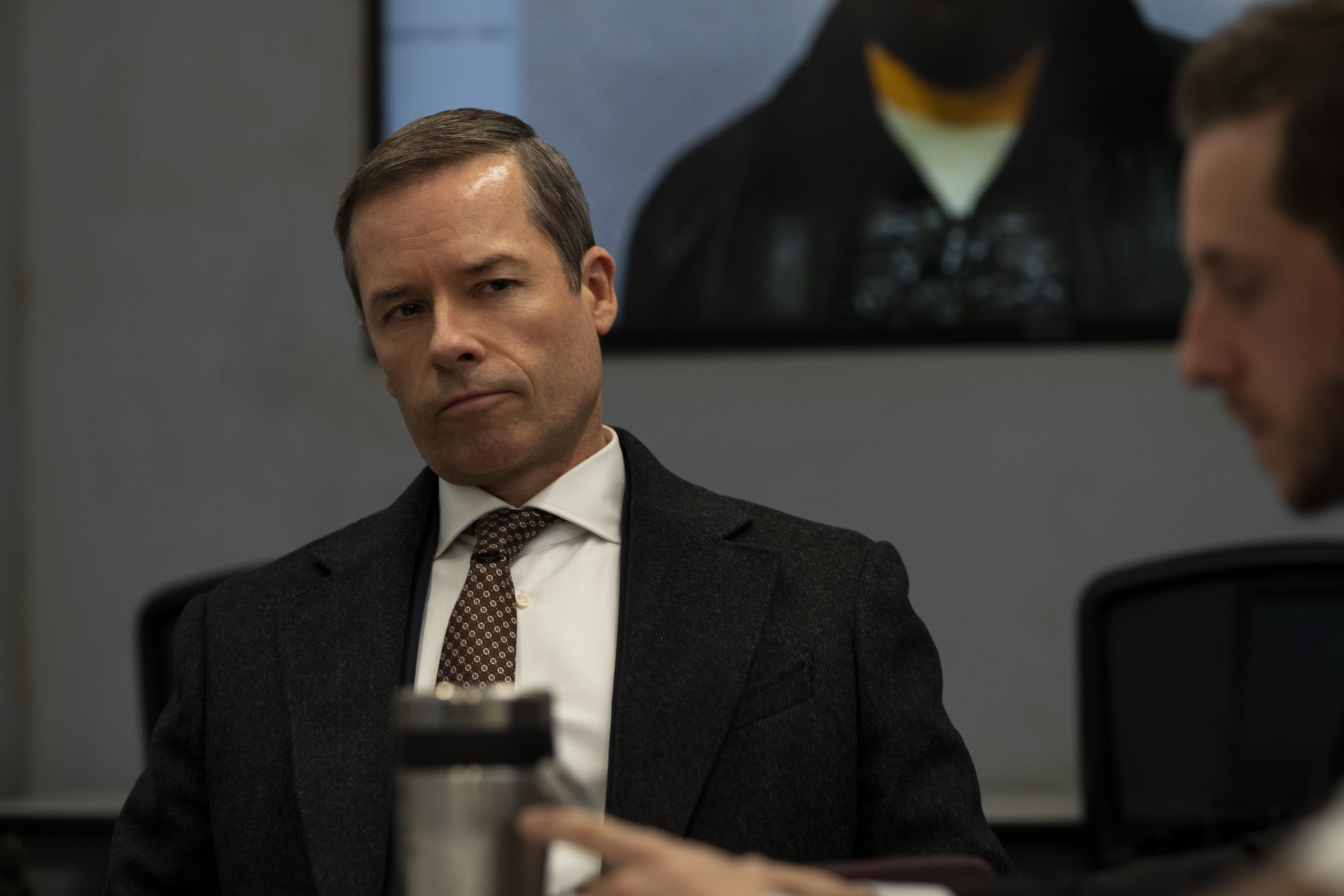 Hanging with Michael B. Jordan: 'Push-up tournaments every day'

Lasance got along effortlessly with star Michael B. Jordan. There was a camaraderie both on and off-set, where the co-stars would engage in push-up tournaments daily.

"He is honestly one of the most grounded, lovely, selfless, collaborative people I've ever met on any production. And when you're dealing with someone on that level as well, you don't necessarily expect him to be that forthcoming and collaborative," Lasance says. 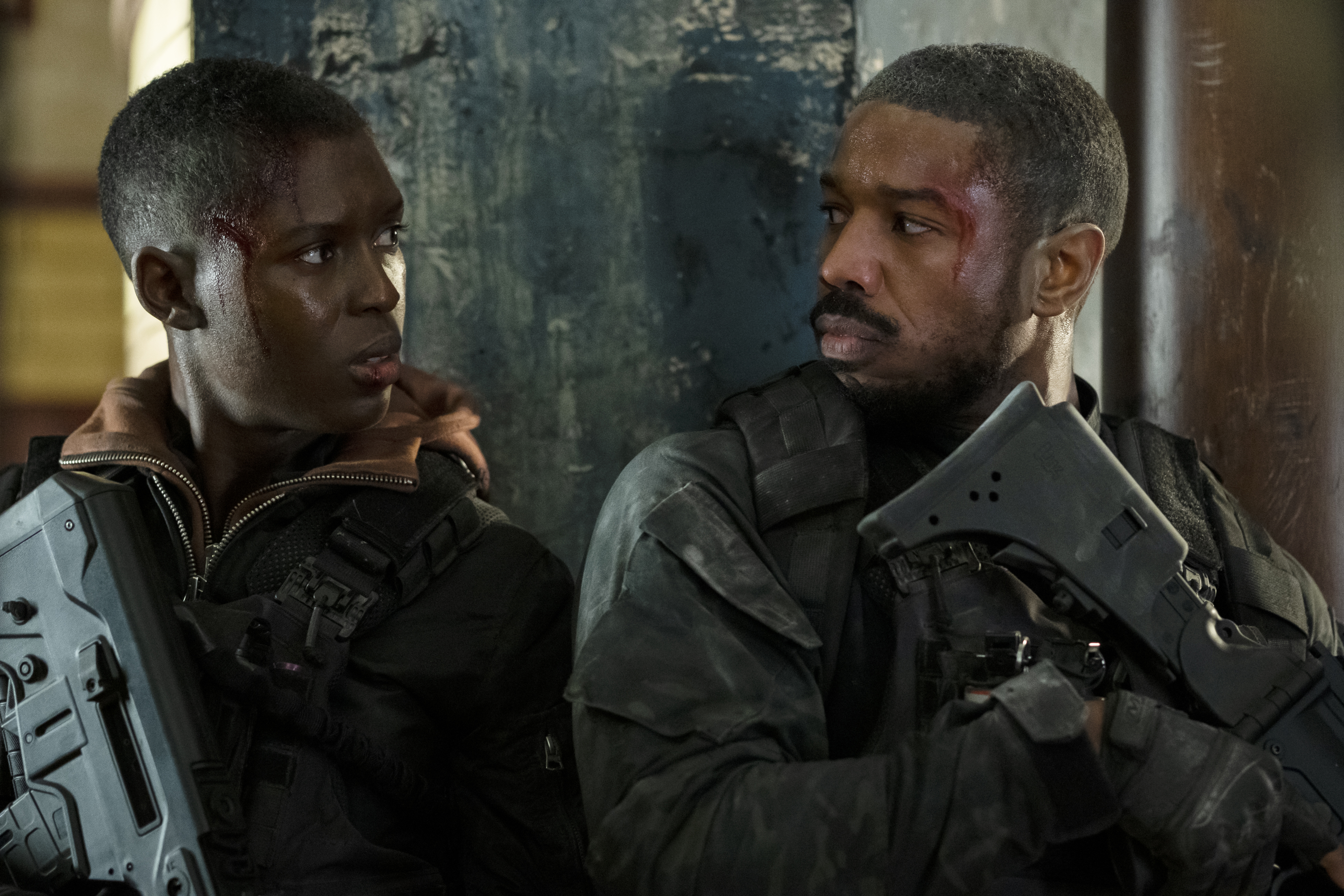 "I was lucky to have a really good relationship with him on set with his crew… I love those guys. I just had such a good rapport with them. We'd come to set every day and give each other a hug and hang out.

"They had this on-the-hour, push-up tournaments every day. So on the hour, every hour, [Jordan's] massive trainer would be like, 'Alright, push-ups. Let's go.'

"You had to punch up 25 push-ups every hour every day, if you wanna get involved. So I was keeping those boys on for that as well. I was like, 'Yo, hours up. Let's go.'" 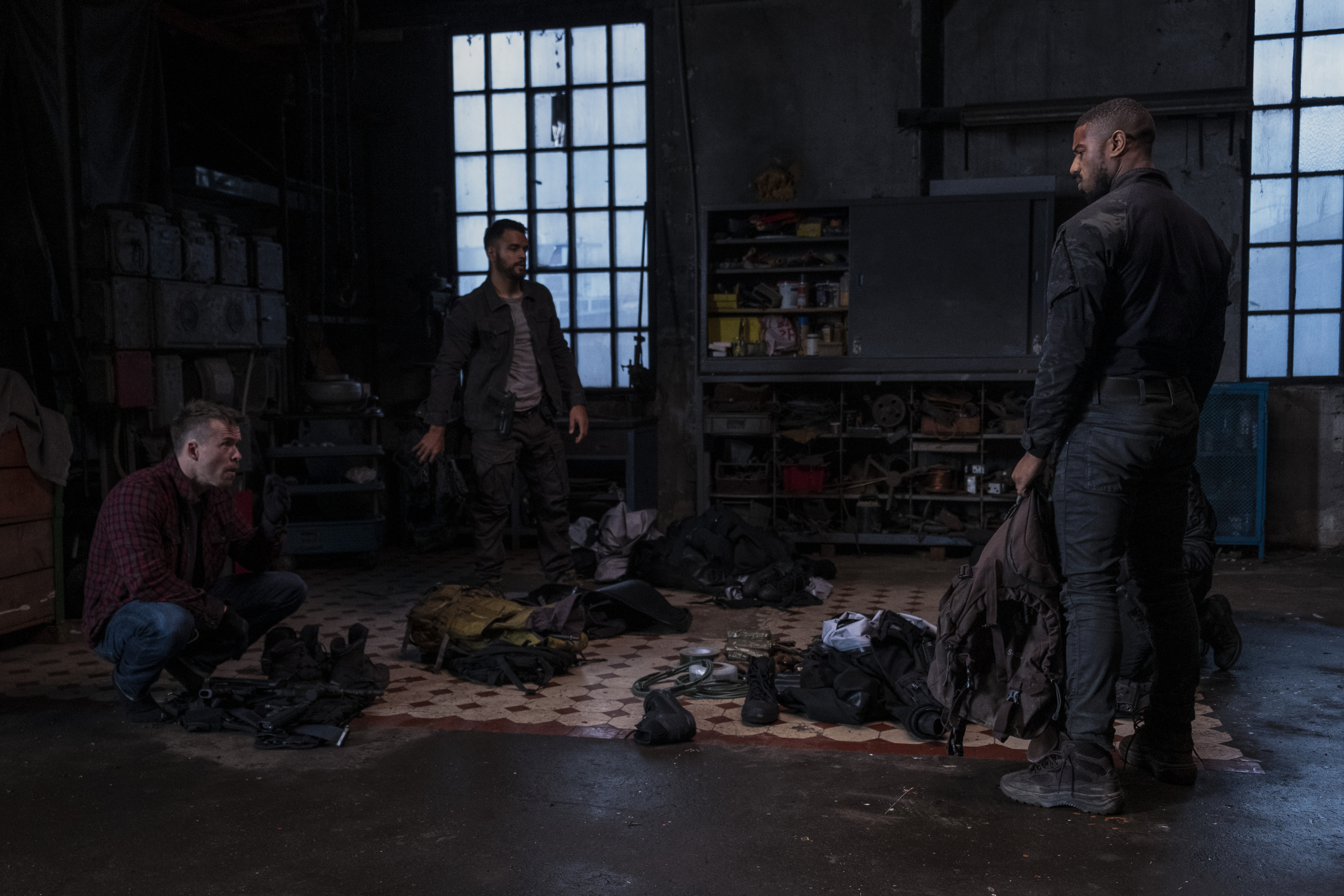 Tribute to his war-veteran grandfather: 'He would've been proud'

If the bond between him and his castmates was strong, Lasance can only imagine what it would be like for those in the real-life armed forces, like his late grandfather.

"I always had that affinity. My granddad, who passed away a few years ago, was in World War II and I grew up hearing those stories as well. And having this utmost respect for it too," Lasance says.

READ:  Jonathan Bennett Reveals He and Fiancé Were Rejected at Wedding Venue For Being Gay

"My childhood best friend, Richie, who I grew up with from preschool, ended up joining the military and then being deployed in Iraq, which was sort of terrifying to a degree because we grew up together — and anything can happen when they're over there.

"That's another reason why you want to do [the film] justice as well. I know [my grandfather] would've been proud seeing me part of these military films, even though it's depicting a different era.

"There's this whole community with the military as well and seeing that brotherhood and that bond they all share… you can't replicate that with any other experience."

Coming home to Australia: 'LA is a strange town'

Speaking of family, Lasance is now back home in Australia with his wife, Jordan Wilcox, and their four-year-old daughter, Charlie Rose.

Since 2019, the actor has based his family on the Gold Coast after living in LA for 10 years — and so far, he has no plans to move back any time soon.

"It made you appreciate Australia a lot more," he says of his time in the US. "LA is a whole other beast into itself. It's a bit of a strange town. It's great in short bursts and the opportunities there and the doors that it opens. I describe it as being in the NBA — when you're in LA, you're in the NBA. That's the top tier of the industry, essentially.

"I'd love to go back there to work again but living there, particularly after having a family now, not really on the cards."

However, Lasance says he would love to do more productions in LA because the city has an energy that you just can't replicate elsewhere. But getting noticed in a town full of hopefuls is a challenge and continues to be.

"It's still hard. You never feel like you've ever sort of made it, per se," he admits. "I know that sounds weird. Because obviously a lot of people are like, 'You've had this success and are in this sort of position.' But I still feel like I'm so far away from what I want to achieve."

Without Remorse premieres on Amazon Prime Video on Friday, April 30. Watch the full trailer below. 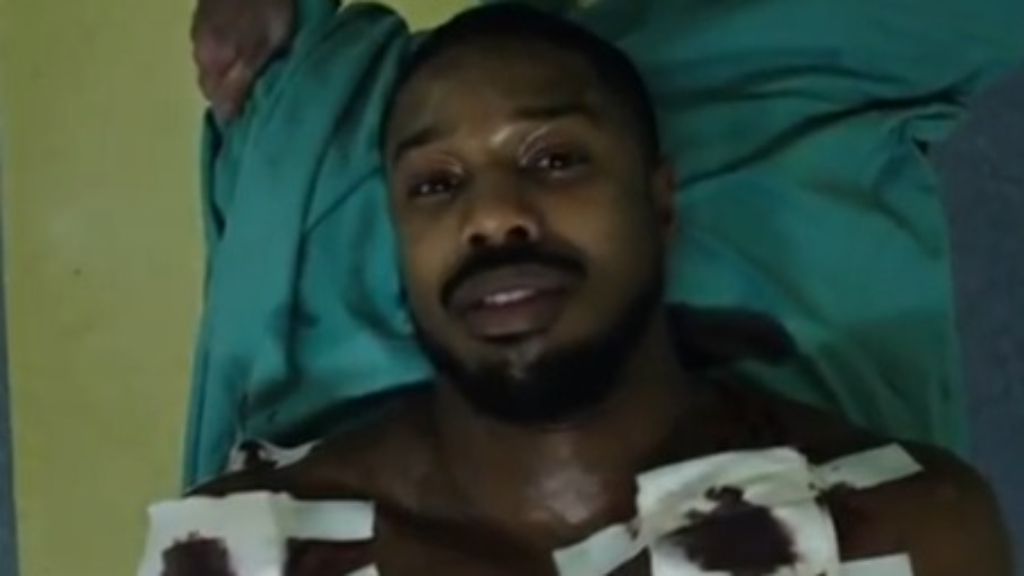