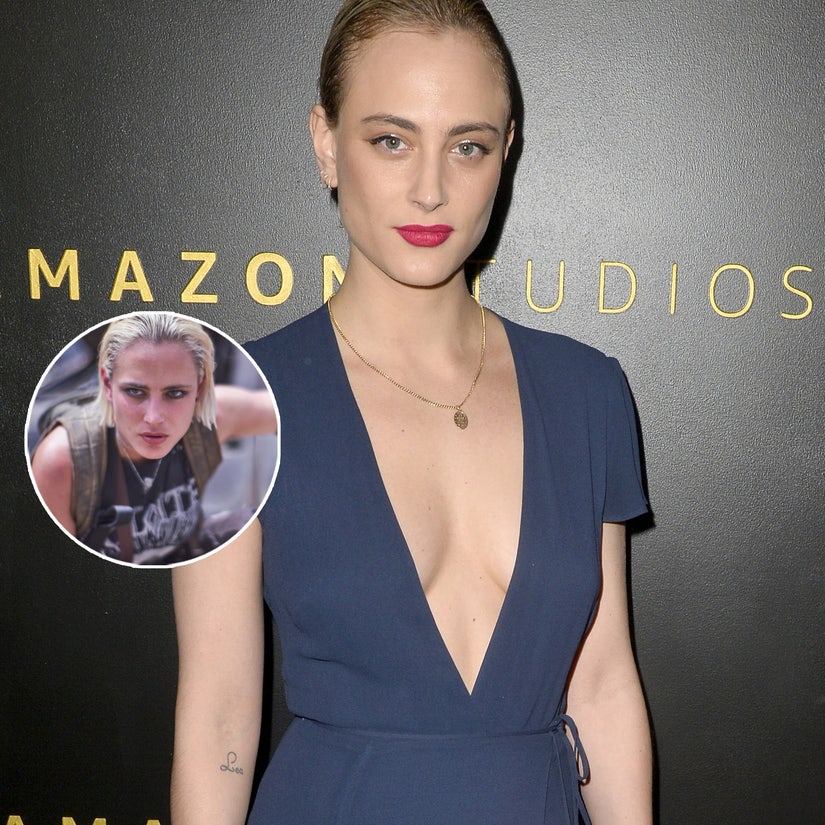 The French actress plays The Coyote in the director's new zombie flick.

Nora Arnezeder sounds like she'd sign up to work with Zack Snyder again in a hot second.

The French actress plays rebel Lily, aka The Coyote, in the director's latest flick "Army of the Dead," where a group of mercenary soldiers -- led by Lily -- infiltrate a zombie-run Las Vegas in order to steal a casino's cache.

Chatting with TooFab, Nora dished on her experience filming with Zack, making lifelong friends with the diverse cast, her "Blade Runner"-esque look and much more.

How was working on a big budget action film with Snyder, a veteran of the genre.

"It was amazing working with Zack. He gives a lot of freedom to the actors. He let us improvise -- no marks on the ground. The camera was following the actor and he was operating the camera as well. Yeah, I love the idea that there's no such thing as mistakes and failure with Zack. Meaning that we could really try things out and, you know, ridicule ourselves. And, I think this is where the arts get interesting when you -- you're not afraid to ridicule yourself. Interesting stuff can come out of your choices."

What was it like to be part of such an incredibly diverse cast that included Dave Bautista, Omari Hardwick, Ana de la Reguera, Hiroyuki Sanada, and Raúl Castillo?

"Yeah, it was amazing. Now I have a couch in India. I have a couch in London, Germany. I know how to say "scheisse" thanks to Matthias (Schweighöfer). It's incredible. They were amazing. We actually became friends. We did 10 days of training and 10 zombie combat bootcamp and it really got us super tight."

Your look in the movie was giving a little "Daryl Hannah in 'Blade Runner'" vibe. How did makeup and wardrobe help you transform into The Coyote?

"It definitely helps you, but in a way you can't really intellectualize, it's more of a feeling, an internal feeling, that happens. I wanted to have blonde hair -- platinum blonde -- for the role and Marie, the hair designer, and Zack were very open to the idea. And then Zack really wanted me to wear black makeup. In the beginning, I was like, 'Oh wow, that's strong.' And it actually really works with the character -- she's trying to hide something and maybe hide her own self in a way, protecting her herself from the rest of the group."

How do you think you would fare in a real-life zombie apocalypse?

"We never know what we can do with our survival instinct. I mean, we all think we would react one way, but I'm sure with survival instinct, we could be surprised by ourselves. Right now. I feel like I'm a good runner, so I would just run."

Zack Snyder's "Army of the Dead" hits theaters May 14 before streaming on Netflix beginning May 21.