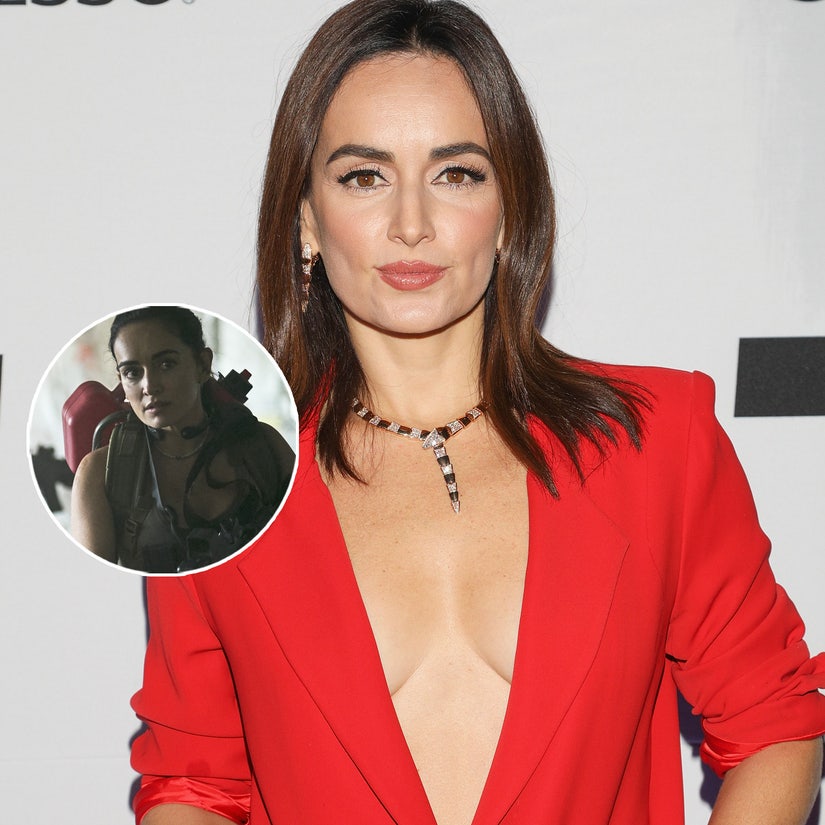 "I didn't feel like the only one who had an accent or the only outsider," she said of the cast for Zack Snyder's latest.

Ana de la Reguera gets down and dirty playing an ex-military badass in Zack Snyder's latest zombie flick "Army of the Dead."

With the help of a colorful roster of mercenary soldiers -- including Dave Bautista, Omari Hardwick, Matthias Schweighöfer, Nora Arnezeder, Hiroyuki Sanada, and Raúl Castillo -- Ana's character Cruz fights her way into a decimated Las Vegas run by the living dead in hopes of robbing a casino bank that will set her up for life ... if she still has one after the heist.

TooFab caught up with Ana recently to chat about working on a big-budget Snyder production, training for those intense fighting scenes, faring in a real-life zombie apocalypse and much more.

What was it like to be on a huge Hollywood production led by Snyder?

"It was really exciting. I remember when we were in Albuquerque, we were shooting -- not in a battle -- kind of like the real scenes where we were talking. That was for the first 10 days. And then the first day we got into the Las Vegas strip -- it was a whole set that they built in New Mexico. That was when I was like, 'This is a huge movie!' I've never seen that kind of set. So I was always excited every day. I was excited to get into that set. I couldn't stop looking at all the details. The production design is amazing. Zack could move the camera and there was always something interesting. Cause he's like -- he likes shooting everywhere. So that was really cool."

What did it mean to you to have such an incredibly diverse cast?

"It was very refreshing because I didn't feel like the only one who had an accent or the only outsider. And that's really cool that that's changing and that's more and more part of what stories are like today. Especially, you know, we are telling a story that happens in Vegas because everyone's from everywhere. Like no one is from Vegas -- everyone's there because they're running away from something or trying to be lucky or gonna have a good shot in that city that offers a lot of jobs. So it makes sense that we're from everywhere and that's how the U.S. is. It was really cool. It was really, really cool to meet people from all over the world. That was great."

The movie has more than its fill of bullets flying, bombs exploding and gnarly killing scenes. How did you take to the weapons training?

"I actually had done a lot of weapons before, but every time is different. First of all, I forget about it after a day and then every weapon is different. I've never had such a big rifle. I've worked in different projects where I used guns, but not as much as this one. This was every single day. And it was huge. And also it's a team. So I had no idea what to do. The guys who were training us -- I probably drove them crazy. Probably most of us drove them crazy."

How do you think you would do if, let's say, zombies were real?

"Really bad, not good at all. If that happens, I will just like go into a room, lock the doors. I would put a lot of chairs around the doors, order a lot of foods, you know. Have Netflix and just wait for the best. Like I wouldn't dare to go out there and see any of that."

Zack Snyder's "Army of the Dead" hits theaters May 14 before streaming on Netflix beginning May 21.