“I can recommend Discovery+ dating service to anybody,” the British television host joked.
Ant Anstead has broken his silence on his relationship with Renée Zellweger.
While promoting his upcoming Discovery+ show “Celebri… 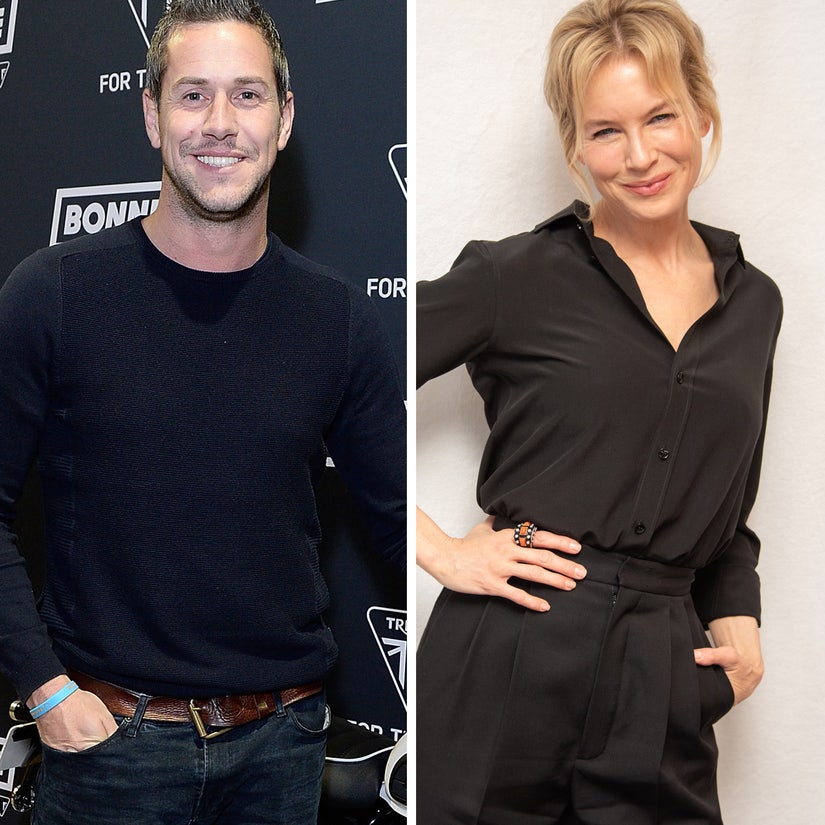 "I can recommend Discovery+ dating service to anybody," the British television host joked.

Ant Anstead has broken his silence on his relationship with Renée Zellweger.

While promoting his upcoming Discovery+ show "Celebrity IOU: Joyride" on E!'s "Daily Pop" on Wednesday, the British television host gave his first comments about his romance with the Oscar winner.

According to TMZ, Anstead, 42, and Zellweger, 52, began dating in June after they met on the set of "Celebrity IOU: Joyride," which Anstead co-hosts.

"Look … everybody knows that Renée and I have become quite close, because we kept it secret for a while, and unfortunately some pictures were taken and put out there," Anstead told "Daily Pop" hosts of Zellweger, who appears in the series premiere of "Celebrity IOU: Joyride," which drops next week.

Anstead also briefly spoke about Zellweger in a new interview with USA Today and joked that he "owe[s]" the "Discovery+ dating service."

"There's a ton of amazing things about Renée and her private persona is actually really inspiring," he said. "For somebody so high profile, she is incredibly private. And I respect that, and ultimately, from my perspective, the irony of the show being called 'IOU,' it's like, 'Thanks, Discovery.' It's actually I that owe you. And I can recommend Discovery+ dating service to anybody."

Earlier this month, Anstead and Zellweger went to their first public event as a couple, attending the Radford Motors gala at the Lyon Air Museum in Santa Ana, California together. As shown in photos posted by guests, including former "Real Housewives of Orange County" star Lydia McLaughlin and her husband Doug, Anstead brought Zellweger as his date to the event.

The couple's first public event appearance came a little over a month after Anstead's divorce from Christina Haack was finalized. The former pair announced their shock split in September 2020, just weeks after their son's first birthday. Their whirlwind romance whipped up in 2017, shortly after Haack split from "Flip or Flop" star Tarek El Moussa. Anstead and Haack tied the knot in December 2018 and gave birth to son Hudson in September of 2019. Anstead also has two children -- daughter Amelie and son Archie -- from his first marriage to Louis Anstead, while Haack also shares two kids with El Moussa.

As for Zellweger, a source told Us Weekly that the "Judy" star is "getting along well" with Anstead and Haack's son Hudson.

“Renée is very kind and caring. … She's never had a child so is enjoying playing with him and watching Ant as a father," said the source.