The British TV host appeared shocked upon hearing the news.
Renée Zellweger nailed the British accent for her role as Bridget Jones so convincingly that even her current boyfriend Ant Anstead thought she was a UK native.
… 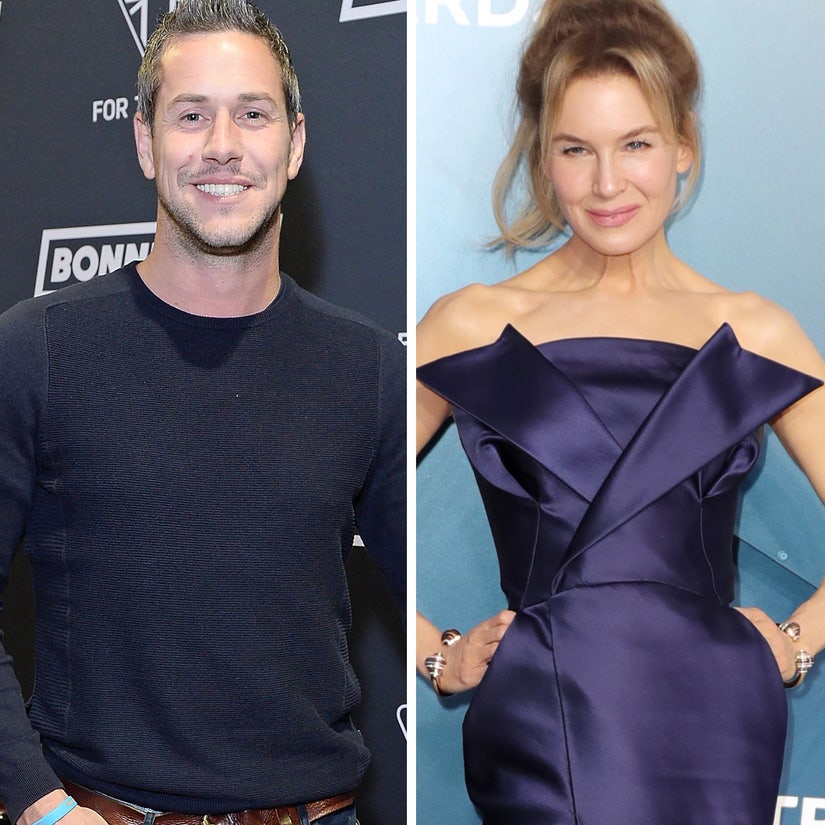 The British TV host appeared shocked upon hearing the news.

Renée Zellweger nailed the British accent for her role as Bridget Jones so convincingly that even her current boyfriend Ant Anstead thought she was a UK native.

During Monday's premiere episode of "Celebrity IOU: Joyride," the car guru was chatting with his co-host Cristy Lee about the Oscar winner, as she was set to appear later in the show to help restore automobiles as gifts for the two caregivers of her late publicist, Nanci Ryder.

"Did you know that during the filming of 'Bridget Jone's Diary,' Renée spoke with a British accent even when she wasn't on set?" Cristy told Ant. "In fact, she kept it up until the wrap party!"

Ant, who hails from the United Kingdom, appeared shocked as he replied, "Are you telling me that Bridget Jones -- Renée Zellweger -- isn't British?"

After Christy revealed Renee was born in Texas, he quipped, "You're like a dream crusher for me."

Ant wasn't too crushed, however, as he reportedly began dating Renée after meeting her on the show, according to TMZ.

On Wednesday, he opened up about his romance with the Oscar winner, saying the pair kept it to themselves for as long as they could.

"Look … everybody knows that Renée and I have become quite close, because we kept it secret for a while, and unfortunately some pictures were taken and put out there," Ant told "Daily Pop" hosts of Renee.

READ:  Megan Thee Stallion Wore This $6 Foundation From Amazon At The Grammys

The couple's first public event appearance came a little over a month after Ant's divorce from Christina Haack was finalized. The former pair announced their shock split in September 2020, just weeks after their son's first birthday. Their whirlwind romance whipped up in 2017, shortly after Christina split from "Flip or Flop" star Tarek El Moussa. Ant and Christina tied the knot in December 2018 and gave birth to son Hudson in September of 2019. Ant also has two children -- daughter Amelie and son Archie -- from his first marriage to Louis Anstead, while Christina also shares two kids with Tarek.

As for Renée, a source told Us Weekly that the "Judy" star is "getting along well" with Ant and Christina's son Hudson.

"Renée is very kind and caring. … She's never had a child so is enjoying playing with him and watching Ant as a father," said the source.