Andie MacDowell has revealed that she suffered a panic attack on a set in 2016 after noticing the production was populated entirely by male cast and crew.The actor was the only woman on set at the time. MacDowell said the panic attack occurred shortly …

Andie MacDowell has revealed that she suffered a panic attack on a set in 2016 after noticing the production was populated entirely by male cast and crew.

The actor was the only woman on set at the time. MacDowell said the panic attack occurred shortly after Donald Trump got elected president, which she said didn't help her emotional state on set.

"I had this kind of crazy experience, right after Trump got elected," MacDowell told Marie Claire. "I was really disturbed that nobody seemed to care about the vagina[-grabbing] comment; I had gotten really sad. I went to do a job, a day's work, and I had my very first panic attack. I was getting ready to shoot something, and I turn around and it's, like, a roomful of men. Like, a sea of men. It flashed on something that was personal for me. And I dropped to my knees."

MacDowell continued, "I left the room, and went into this fake bathroom on the set, and looked at myself in the mirror and said, 'Get your shit together.' It just freaked me out, not seeing any other women. It's not that I have anything against men. I don't! I just don't like big groups of them. Since then, I've become very conscious of looking around and finding the women on set. For comfort."

READ MORE: The problem with the 'no talking' hair appointment trend

The #MeToo movement took off a year later in the fall of 2017, and since then MacDowell has said "you do see the difference on set. There are a lot more women." 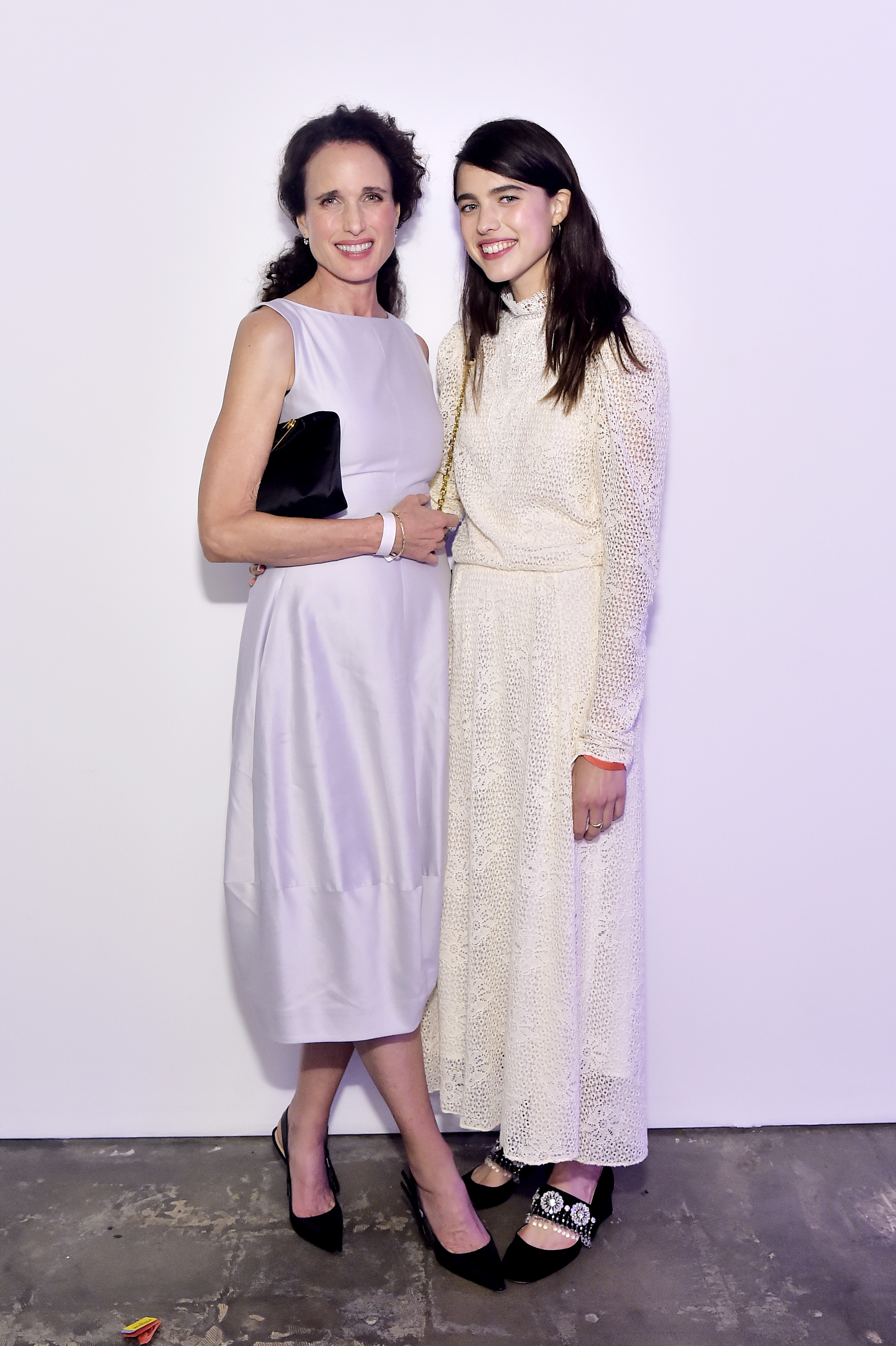 MacDowell earned acclaim last year for her supporting role opposite daughter Margaret Qualley in Netflix's limited series Maid, for which she is in the running for an Emmy nomination.

Most recently, MacDowell re-teamed with the streaming giant for the original movie Along for the Ride, which hit streaming May 6. Next up for MacDowell is a role opposite Orlando Bloom in the thriller Red Right Hand.