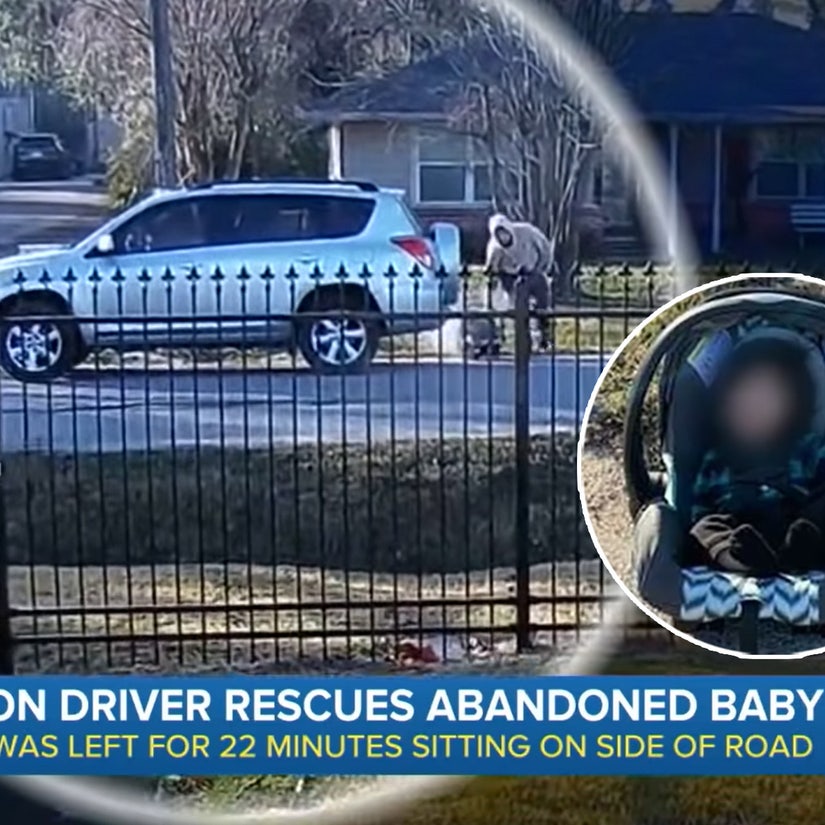 Video shows the infant left alone on the side of the road for 22 minutes.

An Amazon driver in Texas stopped to pick up a surprise package in the middle of his route: an abandoned baby.

Juan Carlos Flores is being hailed a hero after he spotted the infant in his car seat by the side of the road on Monday morning last week, after he was dumped there by a carjacker.

Unbeknownst to Flores, police were hunting for the thief after the baby's hysterical mother reported her car had been stolen just a mile away — with her baby still inside.

The mom told police she had quickly run back to her apartment to ensure she had locked up properly, but when she returned her car and child were both gone; her phone was also left in the car, so she couldn't even immediately call 911.

Security footage from a North Houston home showed the stolen car pull over, before the thief dumped the child, still in his car seat, before speeding off.

The child sat there on the edge of the road for 22 minutes, as six cars drove right past him. Luckily the seventh was Flores; the footage shows him pulling to a halt, getting out of his Amazon van and walking back to check if what he saw was really what he saw.

"When I went close to the baby I wanted to cry... it's impossible a baby can be here on the side of the street," he recalled to ABC 13.

He called into the nearest neighbor to ask if they had somehow forgotten the baby outside. That fellow Good Samaritan immediately brought the child inside to keep him warm, and called 911.

He was soon reunited with his frantic mother.

The owner of the security camera speculated that because it was trash day, drivers may not have noticed the car seat.

"It showed the baby getting dropped off, and the baby was there for about 20 minutes, and there were about six vehicles that drove by, and nobody saw," Mirna Garcia said. "It was also trash day that day, so we wouldn't have realized something was there on the corner."

"Somebody was definitely watching over that baby," she added. "And, being a mom, I could only imagine what the mom was going through."

Police are still hunting for the carjacking suspect one week on. It is unclear what charges he will face if caught.