Krista Vernoff felt the “objectifying notes” she got from the network — but not the show itself — “were bad for the world.”
Alyssa Milano was left brokenhearted after former “Charmed” writer Krista Vernoff explained why she qui… 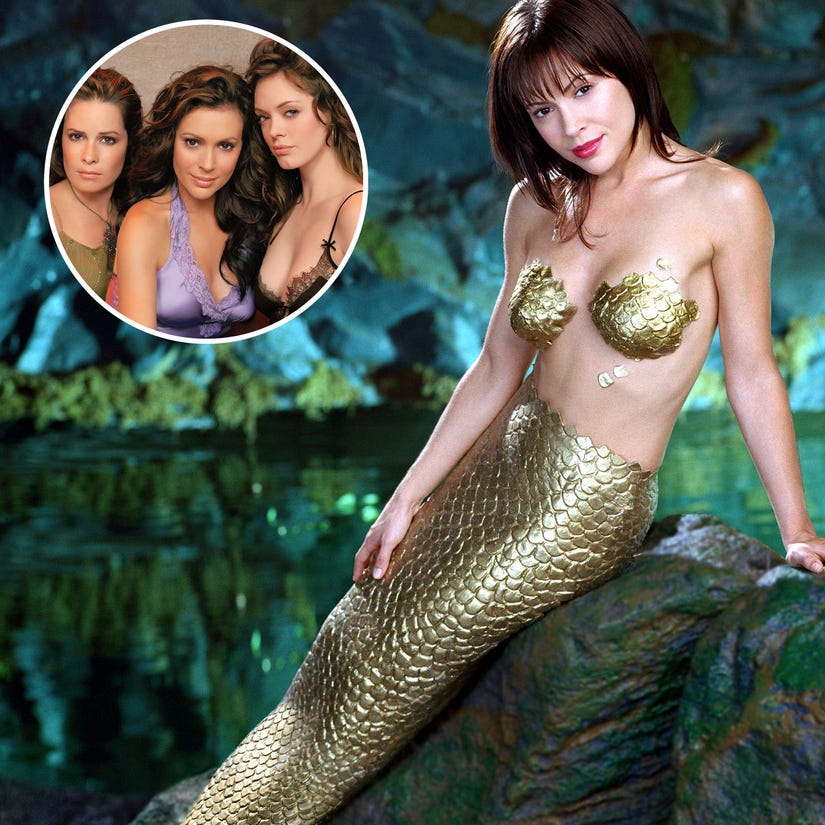 Krista Vernoff felt the "objectifying notes" she got from the network -- but not the show itself -- "were bad for the world."

Alyssa Milano was left brokenhearted after former "Charmed" writer Krista Vernoff explained why she quit the show after the WB series' infamous mermaid storyline way back in 2002.

Vernoff worked as a writer and producer for the show from Seasons 3-5 and was reportedly offered double her salary to stay on. In a profile with The Hollywood Reporter this week, the current "Grey's Anatomy" showrunner explained why she left.

"I signed on because Charmed was a girl-power show, and about halfway through there was an episode where Alyssa Milano comes out in mermaid pasties and there was a huge spike in male viewership, and then every episode after, the question would come from the network, 'How are we getting the girls naked this week?'" she claimed. "And they were throwing money at me, and the number keeps going up, and there's all this pressure, and all I can think is, 'I'm creating something that's now bad for the world, and I've had enough bad for the world in my life.'"

After TV Line shared her comments, Milano replied on Twitter.

"Well, this absolutely broke my heart. I hope we didn't make something that was 'bad for the world' for eight years," she wrote. "I think we gave permission to a generation of women to be themselves and to be strong and own their sexuality. I'm so proud of what this show meant to so many."

Costar Holly Marie Combs responded to Milano's tweet, writing, "I can attest 1000% Charmed was not bad for the world. The reasons and people are too long to list. Maybe it was bad for Krista's world at the time. End story." She added, "And the fact that we can still stand up for ourselves and the show and the people who loved it proves this. I never cared what producer or network exec wanted us more naked for their $. And still don't. We knew how to rally against it and found our own power. And still do. #Facts"

On her own page and not in response to any specific criticism, Vernoff clarified her remarks for the show's many fans and her former colleagues "who I love and admire." She said, "I do not believe that the show was bad for the world. I felt that the objectifying notes were bad for the world - and were demoralizing for me. All love to Charmed."

Combs replied saying, "You had the power to change that. And fortunately still do now. #Rebel"

The actress continued to tweet about the situation on her own page, saying she and her newborn son were "completely embraced" on the set around the time Vernoff left the show. "Trust when I say there was enough girl and women and man power daily to help me raise an amazing now 16 yr old boy," she wrote.

"I’m sorry Krista's bts experience was different. Had we been made aware of comments or directions like that we would have loudly disagreed and been 'bitches' about it," she added. "Unafraid. Undeterred. As always. Widely reported. Universally known. And crazily ... still talked about."

"Also we all chose our outfits or lack thereof," she added. "The WB nor our producers ever controlled us or our choices after season 1. Cuz it was a good year for them. We changed dialogue at will and refused storylines when it was warranted. Our execs will attest to that as well I'm sure."