Did Alex Rodriguez just shade his ex, Jennifer Lopez? Super-sleuths on the internet seem to think so.It all kicked off when the retired baseball star shared a photo of himself sitting on a red $270K Porsche — seemingly the same sports car he had given …

Did Alex Rodriguez just shade his ex, Jennifer Lopez? Super-sleuths on the internet seem to think so.

It all kicked off when the retired baseball star shared a photo of himself sitting on a red $270K Porsche — seemingly the same sports car he had given Lopez for her 50th birthday back in 2019.

"I'm super down to earth," the 46-year-old captioned the photo, which also featured his other flashy cars parked outside his Miami mansion.

"Savage. Posing with the car he bought jlo for her bday lmfao 🤣" one Instagram user wrote, while another wondered, "You took the car back from JLo."

Another user joked: "looks like jlo left not only you but the red car too😂😂"

The former New York Yankee put a lot of thought into buying that gift for Lopez. At the time, he posted a video on his YouTube channel, in which he asked daughters Natasha, 16, and Ella, 13 — who he shares with ex-wife Cynthia Scurtis — what to get someone who "already has everything".

"You have to be creative. We've been talking about maybe a car," he said in the video.

Rodriguez then revealed they were buying Lopez the Porsche because she "hasn't driven in 25 years". 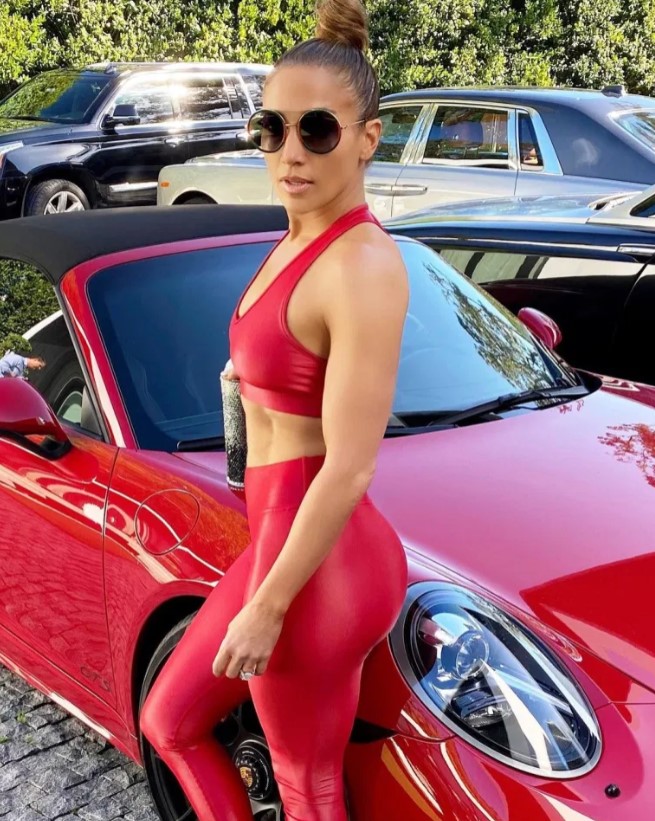 The couple first announced their split in April, saying in a joint statement they hoped to remain good friends.

READ:  How Can You Keep Up With the Cast of Last Chance U: Basketball? Instagram, of Course!

"We have realised we are better as friends and look forward to remaining so," they said. "We wish the best for each other and one another's children. Out of respect for them, the only other comment we have to say is thank you to everyone who has sent kind words and support."

Lopez, who has two children with her ex-husband Marc Anthony — 13-year-old twins Max and Emme — is now dating Ben Affleck.